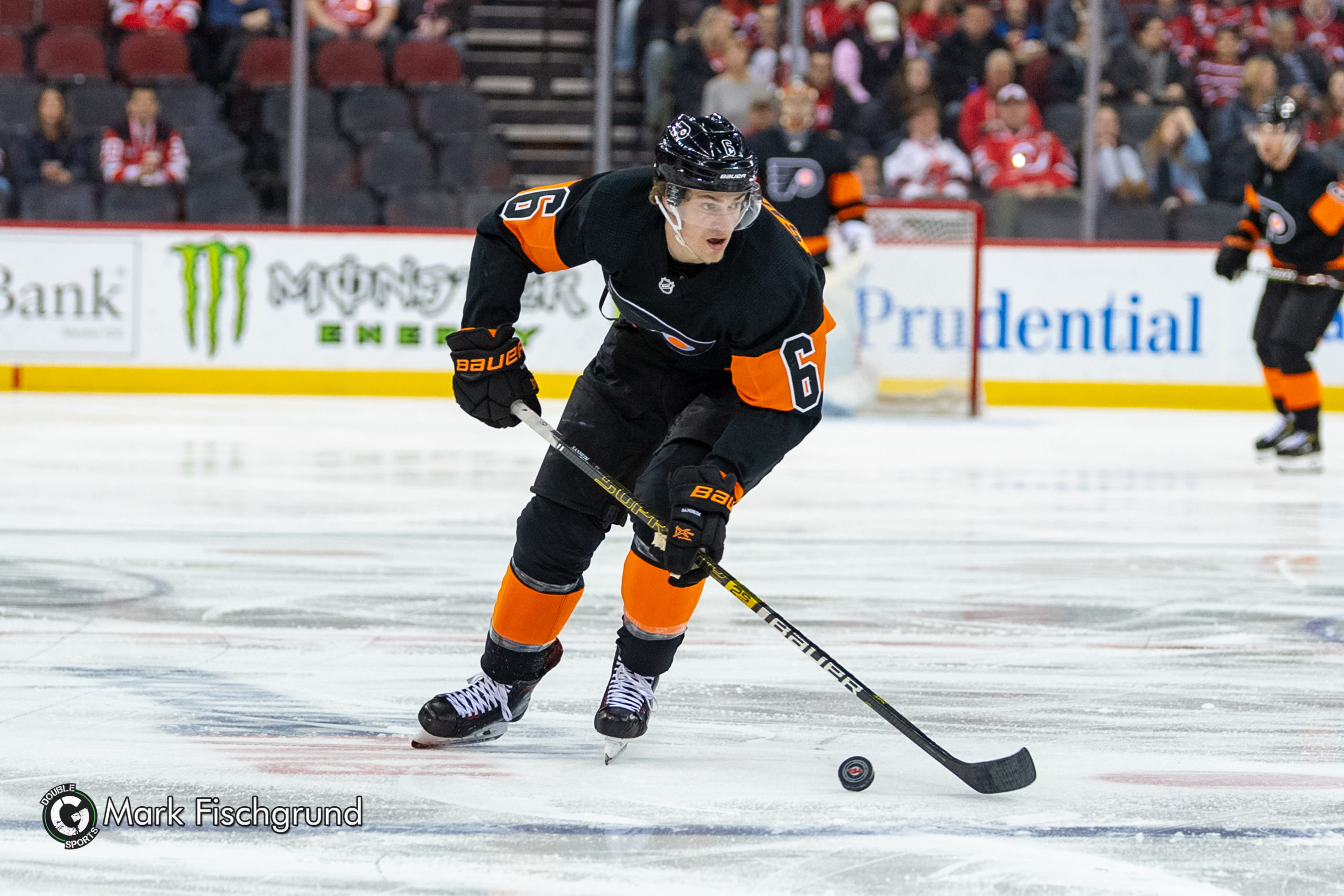 The first week of March has passed and that means there is only a month until playoff hockey. The Flyers have continued to roll while the Islanders have slipped, the Rangers have slid more and more into playoff contention and the Devils had a positive week. I was the only voter this week.

The Flyers have won nine straight games and sit even with the Washington Capitals for first in the Metropolitan Division. They began the week against those Capitals in an important matchup. Three straight goals in the second period turned a 1-0 deficit into a 3-1 lead but Washington got one back before the end of the frame. Ivan Provorov and Scott Laughton put the game away while Brian Elliot stopped all 12 of the Capitals’ shots in the third. The Flyers’ next game was against the Hurricanes. After Justin Williams pulled Carolina within one early in the third, Nicolas Aube-Kubel and Sean Couturier scored 26 seconds apart to pull the lead to 4-1, where it would remain until the final horn. Two goals in the third period helped the Flyers take down the Sabres 3-1 two nights later. This time, the goals came from Claude Giroux, his second of the game, and Joel Farabee. Carter Hart made 38 saves and went 66 for 68 in two wins last week. Philly is the hottest team in the NHL right now and will look to continue the momentum, facing two tough Atlantic Division opponents, Boston and Tampa Bay, before getting visits from a pair of Western Conference teams, Minnesota and Edmonton.

The Devils have pulled to .500 for the first time this season thanks to another positive week. It had a rocky start, thanks to a 3-0 setback in Vegas led by Robin Lehner’s first shutout of the season but New Jersey picked up wins at home against tough competition. The defending Stanley Cup Champion St. Louis Blues rolled into town but Cory Schneider shut them down with a 31 save performance. Dakota Mermis’ first career goal was the game-winner as the Devils beat the Blues for the first time in over six years, 4-2. New Jersey got to play spoiler to end the week as the New York Rangers came to town, looking to get into a -playoff spot for the first time this season. Trailing 2-1 after one period of play, the Devils scored four unanswered goals in the second to make it a 5-2 game. Tony Deangelo made it 6-4 with under a minute to go in the third but it wasn’t enough as the Devils beat their rivals. This week, the Devils host the Penguins and Hurricanes before heading south for a Florida road trip featuring games with the Panthers and Lightning.

Despite missing out on an opportunity to climb into a playoff spot, the Rangers continue to sit within striking distance. A tough loss to the Blues was a difficult start to the week. Mika Zibanejad scored for but Colton Parayko tied it in the second and Brayden Schenn got the game-winner in the third en route to a 3-1 St. Louis win. Zibanejad would have the game of his life two nights later. He completed a hat-trick 12 seconds into the third period of a back-and-forth battle with Washington but he wasn’t done there. Zibanejad scored again to put the Rangers on top 5-4 with 1:42 to go. Alex Ovechkin tied it just under a minute later, setting the stage for overtime in an epic battle. Zibanejad nailed the icing on the cake, scoring the OT winner and his fifth of the game. Zibanejad became the first player since Patrik Laine did it last year but just the fourth this decade to accomplish the feat. With a playoff spot on the line, the Rangers were unable to defeat the Devils two nights later. Igor Shesterkin was pulled after allowing five goals on 23 shots over two periods in his first game back since being involved in a car accident on Feb. 24. New York heads out west this week, with stops in Dallas, Colorado and Arizona.

It was another tough week for the slipping Islanders as they fell out of a playoff spot for the first time since October. They began with a 6-2 loss to Montreal where the Habs had a 4-0 lead after two periods. Thomas Greiss was pulled after allowing three goals on 12 shots in the first period. New York then headed north to Ottawa where Jean-Gabriel Pageau made his return to the city he played seven-plus seasons. The Senators scored three straight goals after New York took a 2-1 lead early in the second. Ryan Pulock’s third-period tally wasn’t enough as the Islanders dropped their fifth in a row. The final game of the week was a controversial one for the Islanders. Tied at two with Carolina in overtime, Andrei Svechnikov batted a rebound out of midair to Vinny Trocheck who potted it for the game-winner and his first goal as a Cane. The only problem was, Svechnikov seemed to hit the puck down with a high stick. Neither team left the ice until the review was complete but it was ruled a good goal, much to the dismay of the Islanders. A road trip awaits the Islanders as they look to snap a six-game losing streak. Vancouver, Calgary, Edmonton and Pittsburgh will be the destinations with these games being must-win.