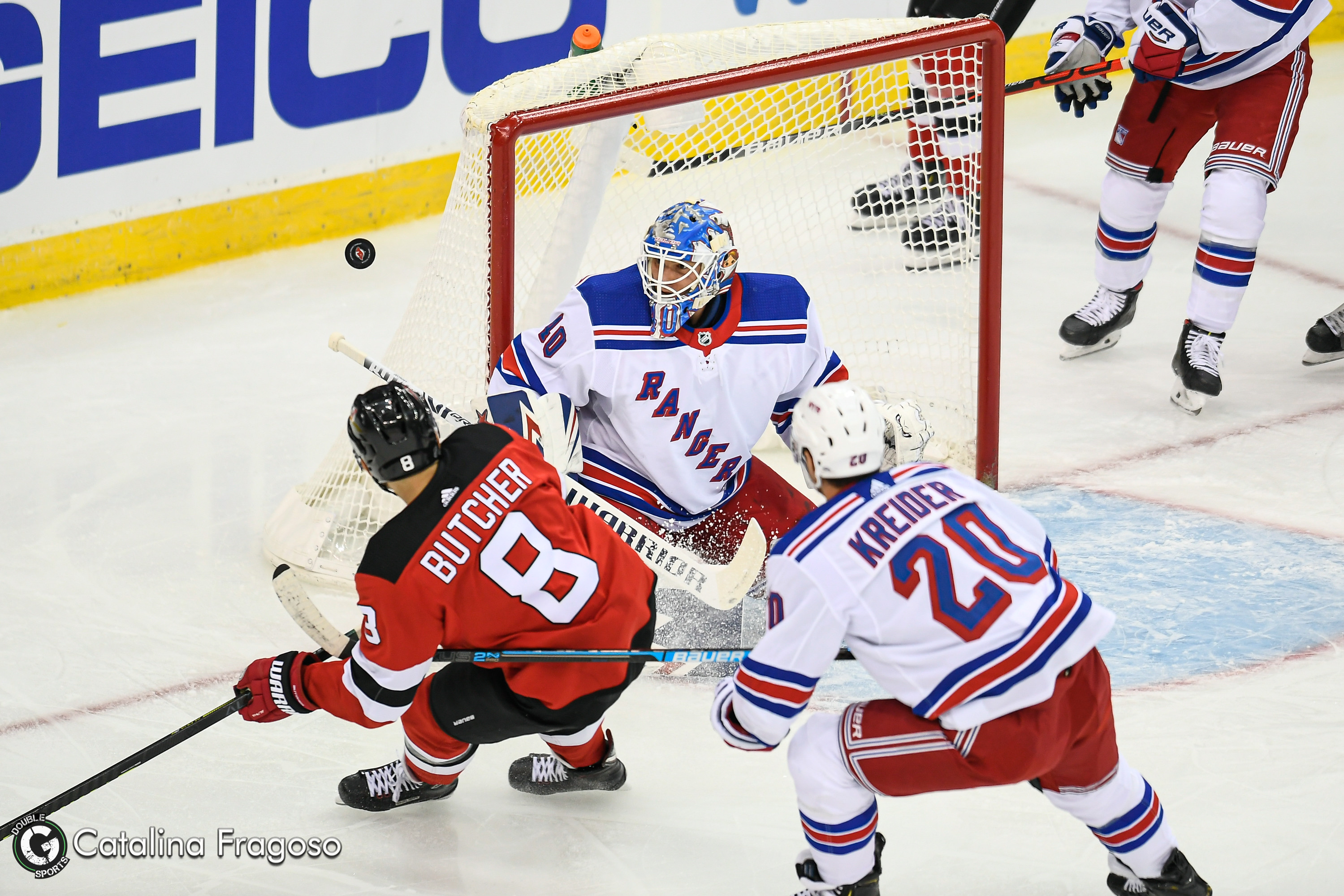 Once again, a lot of movement in the local hockey power rankings, but we see the top spot stay on Long Island. The Flyers offense came to play this week, the Islanders continue their win streak and the Devils only played once all week. So far this season, the Flyers, Rangers and Devils make up the bottom three teams in the Metropolitan Division. This week, we had four voters including myself.

It was tough to choose between Brassard and Nick Leddy for MVP but Brassard’s three timely goals this week gave him the edge. The Islanders played three games in four nights and won all of them by two goals. Josh Bailey’s goal and assist led them past Arizona 4-2 on Oct. 24 before the team traveled to Ottawa for the second game of a back-to-back. Leddy was the star of this one with two goals and an assist, including the first penalty shot goal in team history, and came a Matt Martin deflection away from the franchise’s first hat-trick by a defenseman since Denis Potvin did it back in March of 1982. New York had a day off before facing the rival Flyers at home on Sunday, Oct. 27. 12 different Islanders found the scoresheet in this one as they defeated Philly 5-3. The only concern from this week is that they gave up the game’s final goal in two of their three games. It would have been all three if not for an empty netter against the Coyotes.

The Flyers had the busiest week in the area, with four games played including a three games in four nights stint completed on Sunday, Oct. 28. It was a week where the offense was abundant as Philly averaged five goals per game. They beat up on Oscar Dansk, going up 5-0 after two periods en route to a 6-2 victory over Vegas. The Flyers went to Chicago next, taking a 4-1 decision over the Hawks on Oct. 24. After a day off, they returned home to face the Blue Jackets. Columbus went up 4-2 early in the third before Philly put up five straight goals to secure a 7-4 win. They stumbled the next night, however in New York facing the Islanders. A game with barn-burner potential with three goals combined in the first five minutes and five in the first period turned into a 5-3 loss that included a garbage-time goal by Claude Giroux with under three minutes to play. Carter Hart looked awful in this game, giving up five goals on just 13 shots before being replaced by Brian Elliot midway through the second. He’ll look for a bounce-back sometime this week as the Flyers have three games this week, including a back-to-back to end it.

Inconsistent is the best word to describe the Rangers’ week. The only constant was that they kept getting outshot. They were outshot by at least nine shots in every game and 111-72 total this week. Alexander Georgiev withstood a first-period onslaught of 21 shots in their first matchup with the Arizona Coyotes. For comparison, the Rangers wouldn’t even reach 21 shots for the game. Christian Dvorak ended it in overtime, 3-2 the final. The Blueshirts then defeated the streaky Buffalo Sabres 6-2, behind three first period goals. Ryan Strome scored the eventual game-winning goal in the first while also putting the game away with the fifth goal in the third. It was their first win in five games and almost three weeks. The Rangers ended the week on Oct. 27, getting manhandled by the Bruins’ top line in a 7-4 loss. Patrice Bergeron, Brad Marchand and David Pastrnak combined for 13 points, including a Bergeron hat-trick and a five-assist game from Pastrnak. Pulling Henrik Lundqvist after two periods couldn’t stop the bleeding as Georgiev gave up two more goals on 11 shots. Despite the overall poor week, getting back in the win column was huge for the team. They’ll look to begin to build some steam with two tough matchups this week with the Tampa Bay Lightning and Nashville Predators.

What do you get when you add blown leads and poor goaltending? The New Jersey Devils! Despite playing only one time this week, New Jersey made it a week to forget. Despite Jack Hughes having the best statistical game of his career so far with a goal and a pair of assists, despite holding the Coyotes to 17 shots and despite holding leads of 2-0 and 3-2, the Devils found a way to lose 5-3 on Oct. 25. There’s not much to say here as this team continues to find ways to lose and it only gets tougher next week with Tampa Bay, Philadelphia and Carolina on the horizon. At least Hughes has a three-game point streak.