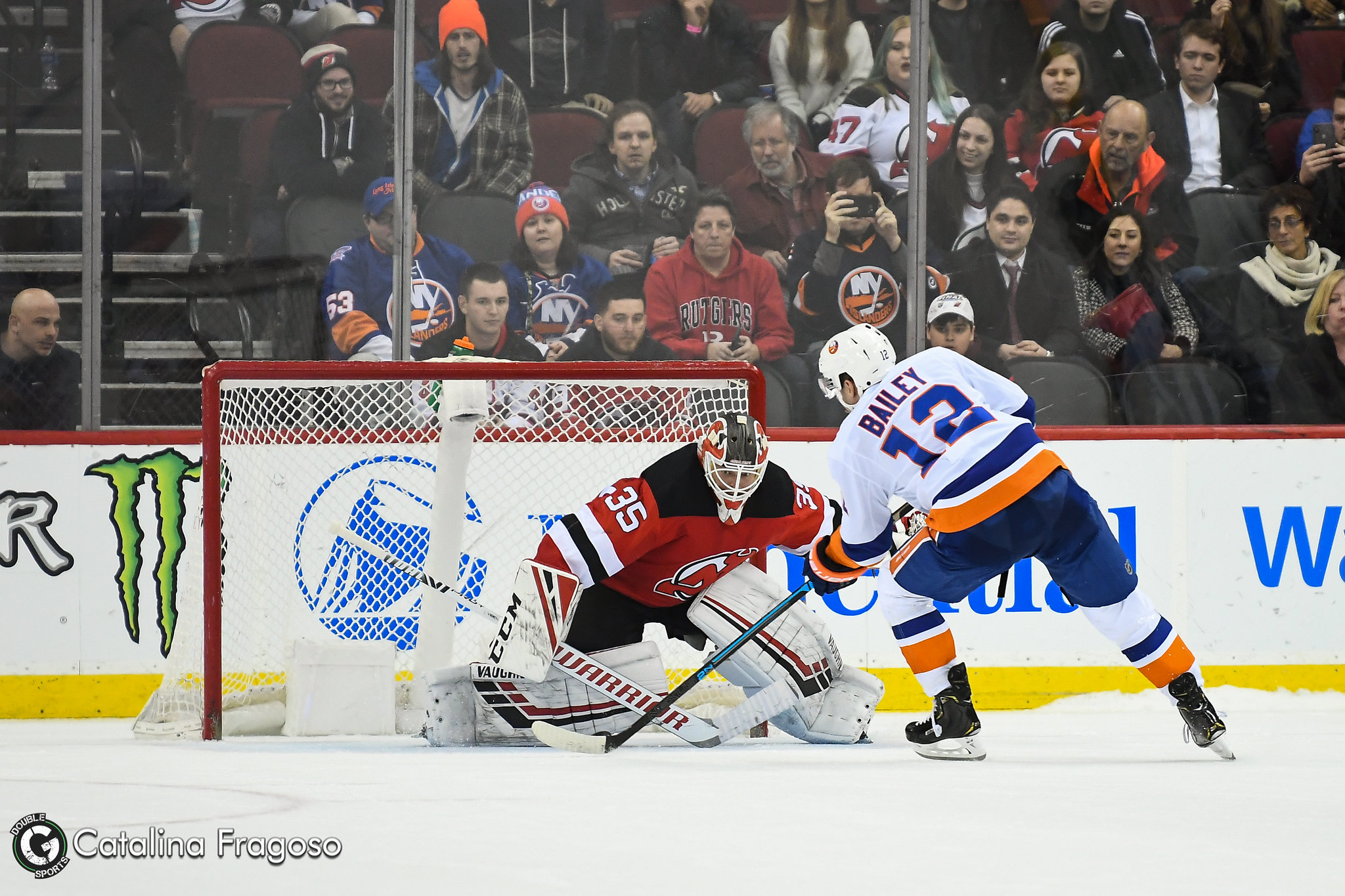 What are the Islanders? Good. What are the Devils? Bad. What are the Rangers and Flyers? I have no idea. The teams from Long Island and Philadelphia are in playoff spots while the other two are hoving just above or below .500. This week, we had four voters including myself and I am replacing “Week MVP” with “Prize Turkey.” Happy Thanksgiving, everyone!

The point streak lives on for the *checks notes* sixth week in a row. Two matchups with the Pittsburgh Penguins went to overtime before the Islanders began their west coast road trip. Down 4-2 with under seven minutes to play in their first game of the week, the Isles rallied, tying the game on a Ryan Pulock blast with 1:32 to go in regulation. Brock Nelson scored the overtime winner to push the win streak at the time to four. Pittsburgh visited Brooklyn two days later in the back half of the home-and-home. After Patric Hornqvist tied to game with 30 seconds to go, Nelson once again was the OT hero, potting his 132nd career goal in his 500th career game and his second straight sudden-death goal. He was named the NHL’s third star of the week for his efforts. On Nov. 23 in San Jose, the Islanders once again entered overtime but didn’t get the result they were looking for. Logan Couture finished it off for the Sharks but New York’s point streak was extended and currently sits at 17 games. They finish the road trip this week with stops in Anaheim and Los Angeles before returning to the east coast to host the Columbus Blue Jackets.

In front of a national audience, the Rangers upended the Metropolitan Division-leading Capitals 4-1 at Madison Square Garden on Nov. 20. Artemi Panarin and Pavel Buchnevich scored 23 seconds apart to open up a 3-0 lead early in the third. With the win, Henrik Lundqvist moved into a tie with Curtis Joseph for 5th all-time in wins with 454. Then, they went to Ottawa. In a letdown game, the Rangers dropped this matchup with the Senators 4-1. Logan Brown’s first career NHL goal proved to be the game-winner as the Sens defeated the Blueshirts for the second time this month. Lundqvist also hasn’t won in Ottawa since before the two teams’ 2017 playoff series. The response the next night in Montreal was spectacular. After going down 4-0 under three minutes into the second period, the Rangers rattled off three straight goals in 3:20 to pull within one after 40 minutes of play. The Habs scored first in the third but Panarin answered, Brandon Lemieux tied the game short-handed and Jacob Trouba scored the winner with under eight minutes to go in a 6-5 win. The Canadiens, despite the big lead, didn’t get a point out of the affair. New York, meanwhile, became the fourth team this season to come back from a four-goal deficit and win, joining the Capitals, Jets and Panthers (twice). A busy week awaits the Rangers with four games, beginning at home, hosting the Wild and Hurricanes before some close by road trips to Boston and New Jersey.

An undefeated week 2 weeks ago. No wins last week. An even .500 this week. The Flyers have been the definition of a rollercoaster. They took a road trip to the south, looking for a spark, but the Florida Panthers gave them nothing. After Travis Sanheim opened the scoring, the Cats grabbed four straight goals to end the first and begin the second, a lead they wouldn’t relinquish en route to a 5-2 win. Positively for Philly, 2017 first-round pick Morgan Frost scored his first career NHL goal in what was his first career game in the league. The team bounced back, however in Carolina where they defeated the Canes 5-3. After going down 2-0 within the first five minutes of the game, the Flyers scored five of the next six goals to finish. Claude Giroux had two goals and two assists while Frost continued his goal-per-game pace with another tally. It was Philly’s first win in four games. Two nights later, back in Philadelphia, it was another team’s turn to end a winless streak. After Kevin Hayes gave the Flyers the lead with under four minutes to play, Elias Lindholm tied it back up for the Calgary Flames with under two to play. It would go all the way to a shootout where Matthew Tkachuk opened up Carter Hart and slid the only goal five-hole. The mediocre week, while an improvement on last week, makes the team’s 4-0-0 week feel like months ago. The Flyers have a busy, four-game week. Hosting the Canucks before traveling to Columbus and then hosting the Red Wings before heading north to Montreal.

It was a week of not-very-close games for New Jersey as they lost their first two games of the week by a combined 9-2 before defeating the Red Wings 5-1. This came after placing goaltender Cory Schneider (0-4-1, 4.59 GAA, .852 sv%) on waivers and assigning him to AHL Binghamton to begin the week while calling up the newly acquired Louis Domingue. The on-ice action began with a visit from the Boston Bruins who scored twice in 14 seconds in the first to take a lead they would never relinquish. Blake Coleman got the Devils on the board in the second but the Bs went to work in the third, adding three more goals. In Pittsburgh, the Dominik Kahun scored in the first, Taylor Hall tied the game in the second but Jake Guentzel gave the Penguins a 2-1 edge after two. The third saw two Pittsburgh goals 25 seconds apart, the final nails in New Jersey’s coffin. Domingue made his first start for the Devils on Nov. 23 and he got some goal support. The newest Devil made 19 saves and was perfect after allowing a Taro Hirose first period goal. New Jersey scored the next five, four in the third including two from Coleman, to push the Wings further into the basement of the east. Is it too late to declare the season lost? Yes, but improvement needs to come soon. The Devils host the bad, but streaking, Wild to begin the week before heading to Montreal two days later. New Jersey ends the week hosting the rival Rangers.