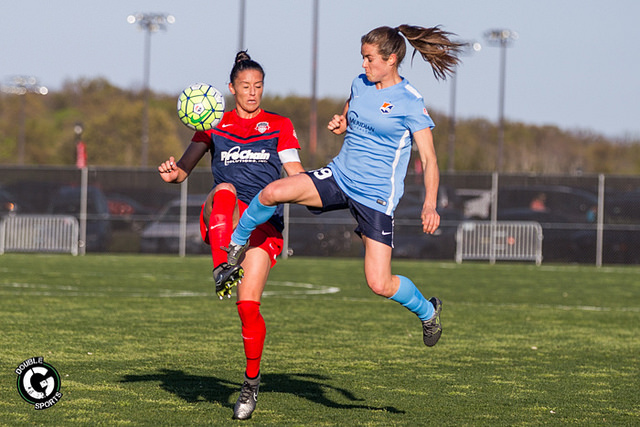 The National Women’s Soccer League (NWSL) announced on Tuesday the schedule of home openers for the 2017 season. Eight of the ten teams currently playing for the league will see some action. The first games kick off on Saturday April 15. Houston Dash will be facing the Chicago Red Stars. Portland Thorns FC hosts Orlando Pride. Our NJ locals Sky Blue FC will be away facing two-time NWSL Shield winner Seattle Reign FC, and the Washington Spirit will face the North Carolina Courage (new NWSL franchise). The home openers conclude on Sunday April 16 with FC Kansas City facing the Boston Breakers.

This is definitely going to be an exciting year for the NWSL. Fans nationwide will be able to watch live, some of the best players of the league, every Saturday for Game of the Week on Lifetime. This is all thanks to a historic partnership with A+E Networks that NWSL announced back on February 2, 2017.

“This is a transformational partnership in the evolution of the league, and we are so appreciative of Nancy Dubuc and her team at A+E Networks as they take a leadership position in the growth of our league and create opportunities for young women,” NWSL Commissioner Jeff Plush said. “We are also extremely pleased to be able to present our fans with the most comprehensive national television and streaming packages in our history.”

The first home game (Yurcak Field, Piscataway Township, NJ) for the Sky Blue FC team is set for Week 3 on Sunday, April 30, hosting FC Kansas City at 6:00 pm kickoff.   “We are really excited to confirm the date of our home opener,” said Sky Blue FC head coach Christy Holly. “This is a timely reminder that the new season is right around the corner. We cannot wait to see all of our fans at Yurcak Field again this year, led by our Cloud 9 Supporters Group.”

*= All matches subject to change

The New York Red Bulls Have Eyes Only on the Future, and more from Media Day
Riveters forward Janine Weber named NWHL Player of the Week