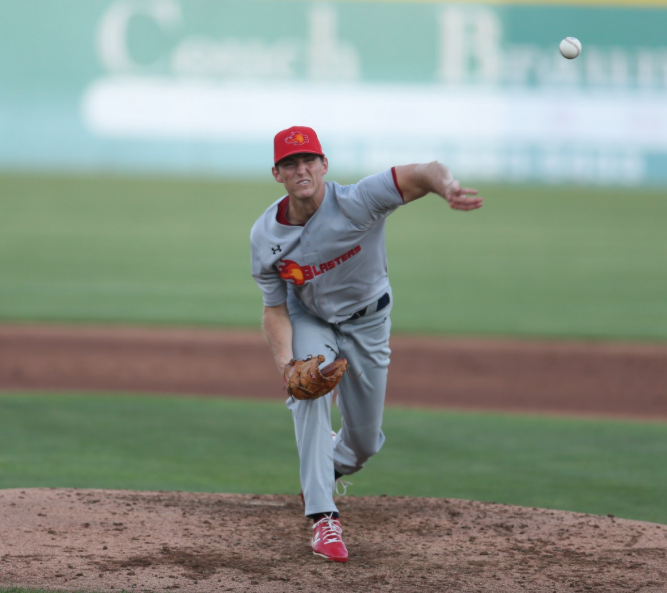 New Jersey Blasters southpaw Brandon Leibrandt has been signed by the Miami Marlins, according to Craig Mish of Sports Grid.

Leibrandt marks the first player signed out of the independent Somerset Professional Baseball Series (SPBS). In his three starts with the Blasters, he posted a 0.75 ERA with 15 strikeouts in ten innings.

Leibrandt, a sixth round pick to the Philadelphia Phillies in 2014, reached as high as Triple-A in his five seasons with their farm system. He last pitched in 2018, where he posted a 4-1 record and 1.42 ERA with Lehigh Valley (Triple-A). He tore his UCL late in the ‘18 season, which led to Tommy John Surgery.

Leibrandt was released by the Phillies in May, and has served as a key member of the Blasters pitching staff since the SPBS’s onset on July 17.

With the Marlins roster taking a hit due to a coronavirus outbreak on the team, there are currently various opportunities on the big league side. For now, Leibrandt will reportedly be joining the 60-man pool at the team’s facility in Jupiter, FL. With expanded rosters and MLB teams taking 32 players on road trips, Leibrandt is a premium candidate for a reliever role with the Marlins at some point this season.

Marlins have signed LHP Brandon Liebrandt to their 60-man roster. Liebrandt was pitching in the Somerset Professional Baseball Series after being released by the Phillies. Charlie’s son if you are my age you know him well.