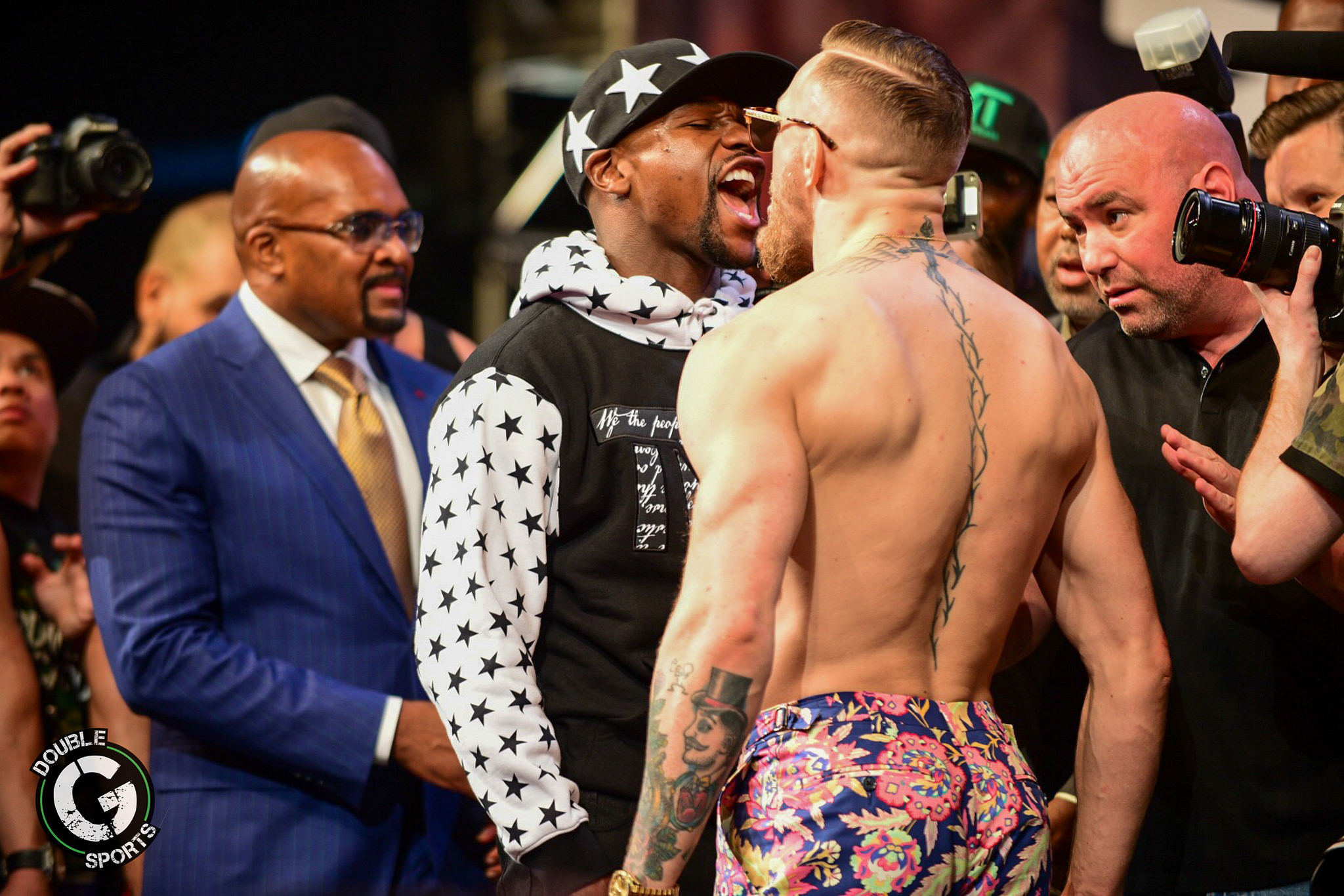 Why Mayweather v. McGregor II is bad for business

As enticing as it is, having another media circus regarding Mayweather and McGregor may not be worth the price of admission

There are many things that deserve a sequel – movies like The Godfather, championship rematches, fights, even slam dunk contests! Who wouldn’t want to see Aaron Gordon and Zach LaVine go at it again?

However, an event last August rocked the combat sports world to its core when boxing’s best, Floyd Mayweather, defeated MMA’s best at the time, Conor McGregor, in a super fight. And while that fight brought the eyes of the world to it’s television screens, it also brought expectations, the kind that were never going to be met once they exchanged leather.

From the start, it was clear that Mayweather’s boxing skill was superior to McGregor’s. Even if the Irishman had a year’s worth of camp instead of a few months, he still wouldn’t get past Floyd. Conor’s stance and lack of head movement made him an easy target for Floyd’s jab and straight right. He was never going to do much against Mayweather’s defensive expertise. Conor’s gas tank dwindled, which sealed his fate via 10th round standing TKO. It’s important to note that the fight was stopped while McGregor was on his feet, for two reasons. One, that there were no knockdowns throughout the entire fight. That is mind-boggling to reflect on, but it’s ultimately a credit to Conor’s toughness. Two, and more importantly, it adds chatter to the argument that Floyd couldn’t knock his opponent out.

In the six months since the extravaganza, money rolled into each fighters pockets, and the pair haven’t fought since. Recently, rumors of a different kind of fight have been going around the mill. A rematch, inside the octagon! Yeah, you read that right. While there are many reasons as to why this shouldn’t happen, this writer will only provide two.

The most aggressive tweet came from Mayweather, an NSFW tweet that dropped a little over a week ago.

It must be said that while the boxing fight wasn’t the worst freak show one has ever seen, what better would a rematch inside the cage be? Let’s take a trip down memory lane to check out the last memorable time a world-class boxer stepped into the world of MMA. The date was August 28, 2010. UFC 118 was headlined by a rematch between then-newly crowned champion Frankie Edgar and BJ Penn. And while that fight was good enough to stand on it’s own, it was the co-main event that got the most media attention.

Legendary boxer James Toney came to the UFC to challenge Hall of Famer Randy Couture in a heavyweight bout. The trash-talking Toney came into the octagon looking to silence the doubters, but it was not to be. In fact, it wasn’t even close, as the 47-year old Couture choked out 42-year old Toney in the first round.

The fight went as expected, so why should we expect anything different if McGregor followed in Toney’s steps? The two sports are worlds apart, and Floyd will know it first hand dealing with takedowns, submissions, clinching and yes, some boxing.

Think of how quick Mayweather would’ve finished McGregor in boxing. That will be as quick, if not quicker, should McGregor have his way. Remember, this is the first UFC fighter to hold belts in two different weight classes, and while it would be admirable if Floyd got in the octagon, this kind of fight wouldn’t be for the faint of heart.

Not Everything Needs A Part Two

This fight didn’t cause a shift in power and popularity in combat sports. You won’t hear about legions of fans favoring MMA over boxing or vice versa. Yes, there were millions of pay-per-view buys and millions of revenue generated in Las Vegas that night. And yes, the money talked loud and clear to the ears of both fighters, who happily signed on the dotted line for the fight. However, will those same big-money figures be made a second time? Will they even improve? Because the legacy of this fight is that it ultimately disappointed.

And that’s the biggest reason a rematch will be bad for business. This fight wasn’t a spectacular brawl, it was ultimately a dud. Very few will want to deal with all the wonky stuff that happened leading up to the fight. The ridiculous press conferences, in and out of the ring, the weird trash-talk and foul-mouthed stare down – it was more 1990’s WWE than it was a civilized press conference.

Don’t be surprised if the same antics were pulled should an MMA fight be reached. As much as people want to see these two fight in the cage, there’ll be no other incentive for us fans to watch. It’ll cost the Average Joe $100 to buy for pay-per-view and many columns and articles will be written about how bad the fight will be. Just like it was in August, the cycle will repeat itself. In the end, only the fighters would win.