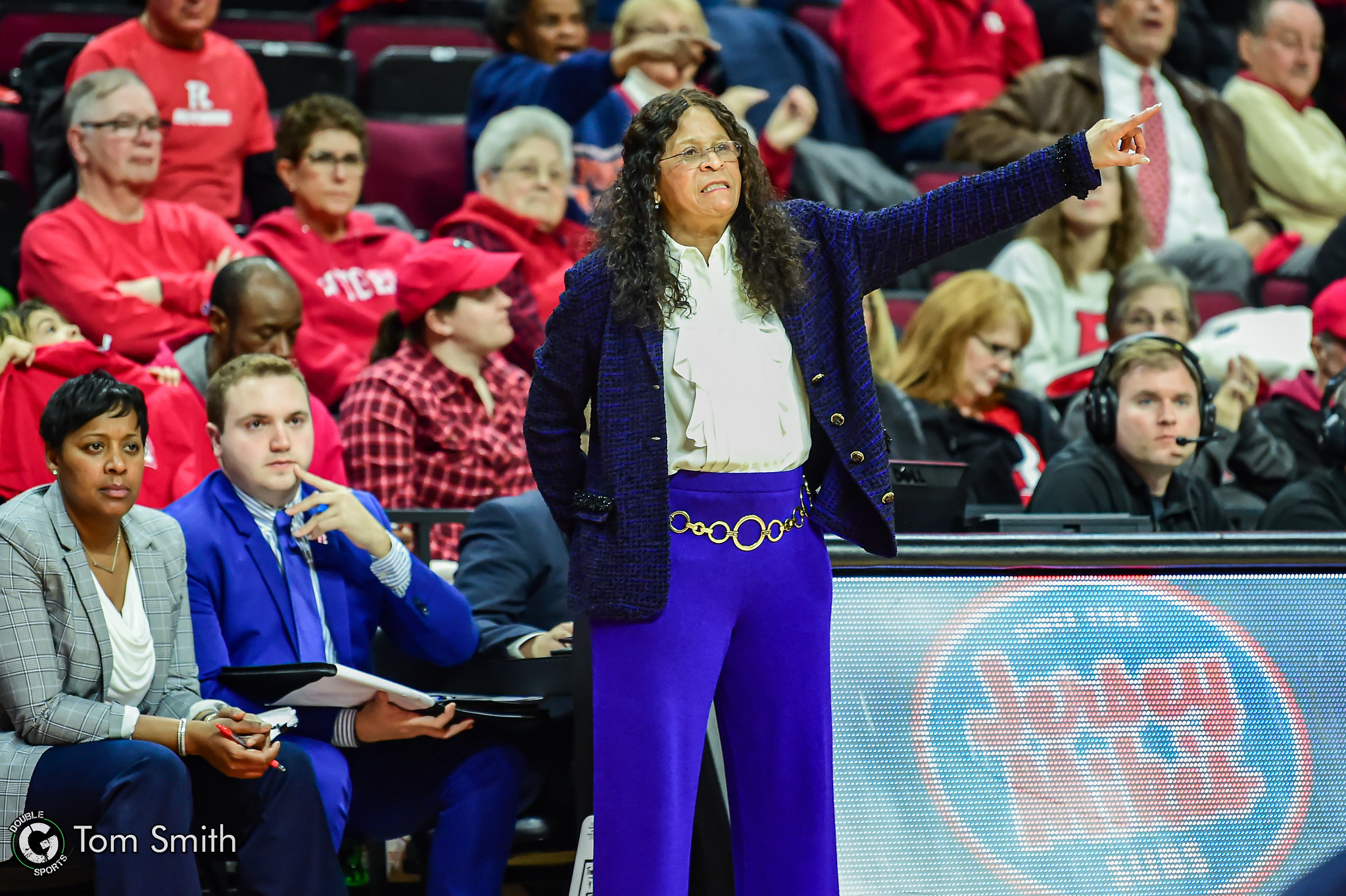 Eli Manning, Mike Trout, and C. Vivian Stringer are among the nominees in the sports category for the New Jersey Hall of Fame 2019-2020 class.

Every year, the state of New Jersey honors the best of the best Garden State citizens who have excelled in their line of work. The 2019 New Jersey Hall of Fame sports category is filled with legends from the MLB, WNBA, and beyond. The 10 nominees are all successful in their own right, and it’s up to the general public to vote for which men and women deserve a coveted spot in the New Jersey Hall of Fame.

This year’s class includes: Rick Barry, Craig Biggio, Gerry Cooney, Tim Howard, Monte Irvin, Eli Manning, Robert E. Mulcahey, III, C. Vivian Stringer, Mike Trout, and Sue Wicks. While fans may be familiar with some of the nominees, this is also the perfect chance to get to know more about all of the New Jersey sports greats up for a spot in the Hall of Fame this year.

Scroll down to meet the sports nominees for the 2019-2020 New Jersey Hall of Fame.

Barry, a Roselle Park, New Jersey native, is known for his NBA career which spanned from 1965 to 1980. During his career, Barry was named the NBA Rookie of the Year in 1966 and went on to be named one of the NBA’s 50 Greatest Players in 1996. Barry later transitioned into the broadcasting world where he spent time on CBS and TBS.

Biggio was born in Smithtown, New York, and went on to be one of the most well-known MLB players of the early ‘90s. Biggio, a talented second baseman, outfielder and catcher, played his entire career for the Houston Astros from 1988 to 2007. Biggio is a four-time Golden Glove winner and was inducted into the Baseball Hall of Fame in 2015.

Cooney, a Manhattan native, is a former professional boxer who competed from 1977 to 1990. During his time in the ring, Cooney attempted world heavyweight titles in both 1982 and 1987. Post-career, Cooney founded the Fighters’ Initiative for Support and Training in 1998. F.I.S.T’s mission is to “provide treatment, counseling, and career path assistance to fighters in New York and New Jersey who lack the resources needed for a successful transition after prizefighting.”

Howard, who was born in North Brunswick, New Jersey, is known for his skills on the soccer field. Howard got his start on the hometown North Jersey Imperials before making his way to Manchester United in 2003. On top of his success playing the game, Howard became part-owner of the English 5th-tier club Dagenham & Redbridge in 2018.

Irvin grew up in New Jersey and was one of the first Black baseball players signed to the major league. In 1949, Irvin was drafted by the New York Giants where he played from 1948 to 1955. As an outfielder, he went on to play one season with the Chicago Cubs. Irvin served in the Battle of the Bulge as a member of the United States Army. Irvin died at age 96 of natural causes in January 2011.

Manning is a former NFL player who spent his entire 16-year career as the quarterback of The New York Giants. Manning, a two-time Super Bowl champion and MVP, holds multiple records in the NY Giants’ franchise, including most passing yards, touchdown yards, and completed passes. Off the field, Manning donates his time to hosting the annual Guiding Eyes for the Blind’s Golf Classic among other things.

Mulcahey held the title of athletic director at Rutgers University from 1998 to 2009. Prior to his time at Rutgers, he served as President and CEO of the New Jersey Sports and Exposition Authority for nearly two decades.

Stringer is the head coach of the women’s basketball team at Rutgers University, where she’s worked since 1995. Stringer was voted into the Women’s Basketball Hall of Fame in 2009 thanks to her contributions to the game and success in the coaching field. Stringer and her Rutgers team were the muses for the This Is a Game, Ladies documentary in 2004.

Trout is an MLB center fielder from Vineland, New Jersey, who was drafted by the Los Angeles Angles in 2009 and was named Rookie of the Year in 2012. Trout is already an eight-time MLB All-Star and three-time American League Most Valuable Player.

Wicks played in the WNBA for the New York Liberty from 1997 to 2002, and later became a women’s college basketball coach. In 2013, Wicks was voted into the  Women’s Basketball Hall of Fame. Beyond her success in the WNBA and as a coach, Wicks was also a gold medalist in the 1987 Pan-American Games and played for Rutgers University for four years from 1984 to 1988.