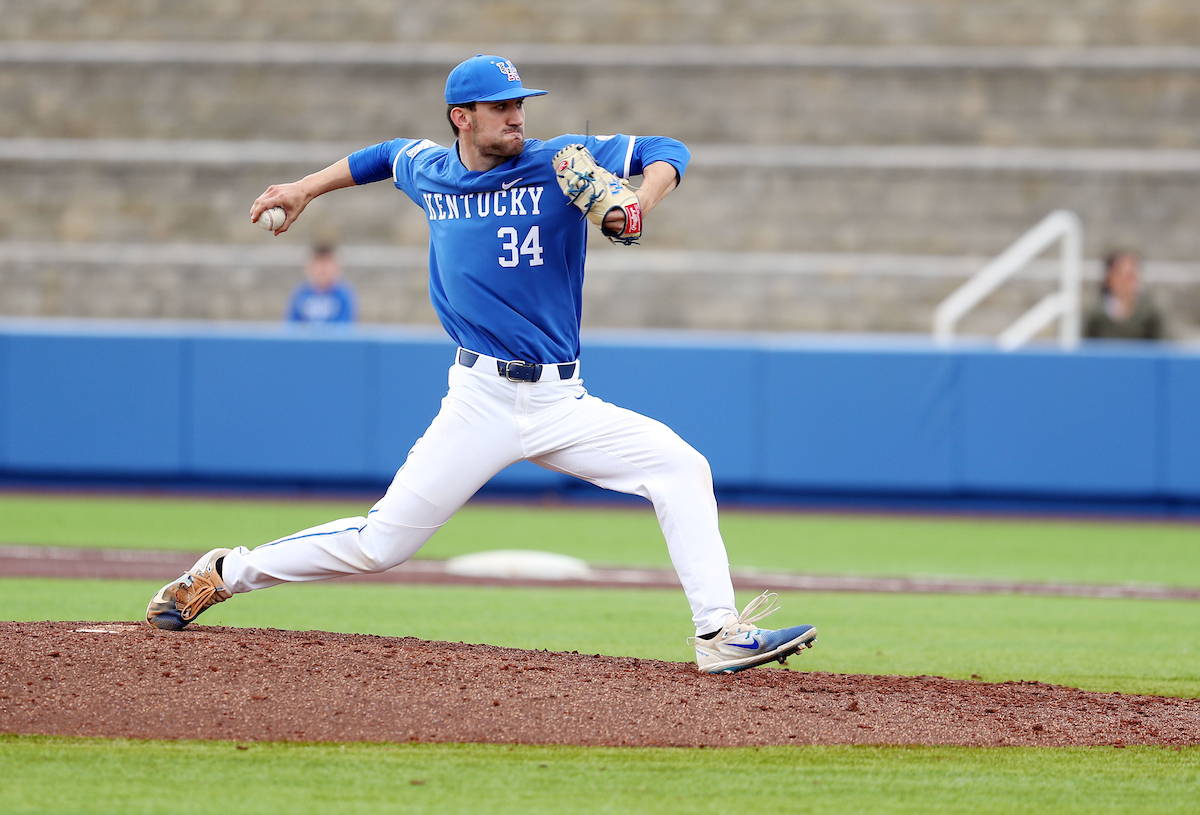 The New York Yankees signed University of Kentucky pitcher and undrafted free agent (UDFA) Carson Coleman just after the clock struck nine on Sunday to signal the beginning of the post-draft signing period. Coleman, a right-handed reliever, received a call from his area scout Mike Gibbons to alert him that the Yankees were going to sign him.

“I was definitely looking for the opportunity to sign with a team post-draft and it just came,” Coleman told me in a Zoom interview on Monday. “[The Yankees] called right about 9 a.m. and I was happy they did and I agreed to sign with them.”

Carson Coleman is the type of pitcher that Yankee fans love. He’s a bulldog, competitor and has an electric fastball on the mound.

“[I’m] definitely going to be the biggest competitor on the diamond. No doubt,” Coleman said, “I want to dominate anyone who steps in that box.”

Coleman was one of the more desired UDFA’s after the abbreviated five-round 2020 MLB Draft, opposed to the usual 40. Though various teams expressed interest, Coleman decided to pick the Yankees, primarily since they have proved to be more than capable of developing pitchers in their farm system.

“I felt like it was the best fit for me. A big part with me is that I definitely need some more development in my pitching game and there’s no doubt [that] there’s no better organization to be with than the Yankees especially with their pitching development,” he explained. “It was just a no brainer for me to definitely be a part of their organization.” 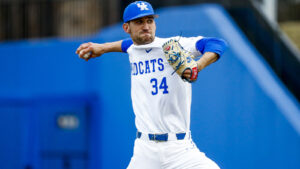 The Lexington, Kentucky native has had an interesting journey in terms of his pitching development thus far. A two-way player until college, his freshman campaign at Kentucky was cut short when he took a line-drive to the face before the regular season began. His sophomore year was his first full season solely focusing on pitching, and that’s when he found his path to the big league: his four-seam fastball.

In the first outing of his college career, Coleman struck out five batters in two innings using his fastball just about every pitch.

“It was kind of that moment that I figured out that I had a special fastball,” Coleman said. “Even if they knew it was coming they still couldn’t hit it.”

Through three seasons at Kentucky, Coleman posted a 4.19 ERA while opponents hit only .211. His most impressive numbers, however, came in the strikeout column.

During the pandemic shortened 2020 season, Coleman pitched 5.2 innings and struck out 13 batters. That’s good for an astoundingly impressive 22.5 K/9 ratio.  Those phenomenal numbers are largely due to the quality of his fastball.

According to Coleman, teammates who stepped in the batter’s box against him said trying to hit his fastball is “like trying to hit a wiffle ball.”

The pitch sits at 92-95 MPH, with a high spin rate and a great deal of movement, making it extremely hard to hit. He is looking for secondary pitches though, knowing that pro hitters may have an easier time swinging the bat against his dominant fastball.

The Yankees have had previous success developing right-handed relief pitchers like Coleman. Tommy Kahnle, Luis Severino and Dellin Betances were all drafted or signed by the Yankees and developed within their organization.

The Latest on the MLB’s Return

With the MLB and MLB Players Association currently in negotiations, the status of the 2020 season remains unknown. It remains unclear whether Carson Coleman and the Yankees’ other draftees will even see a practice field in 2020.

Grading Every First Round Pick of the 2020 MLB Draft
What Would Shortened MLB Season Look Like For Yankees?