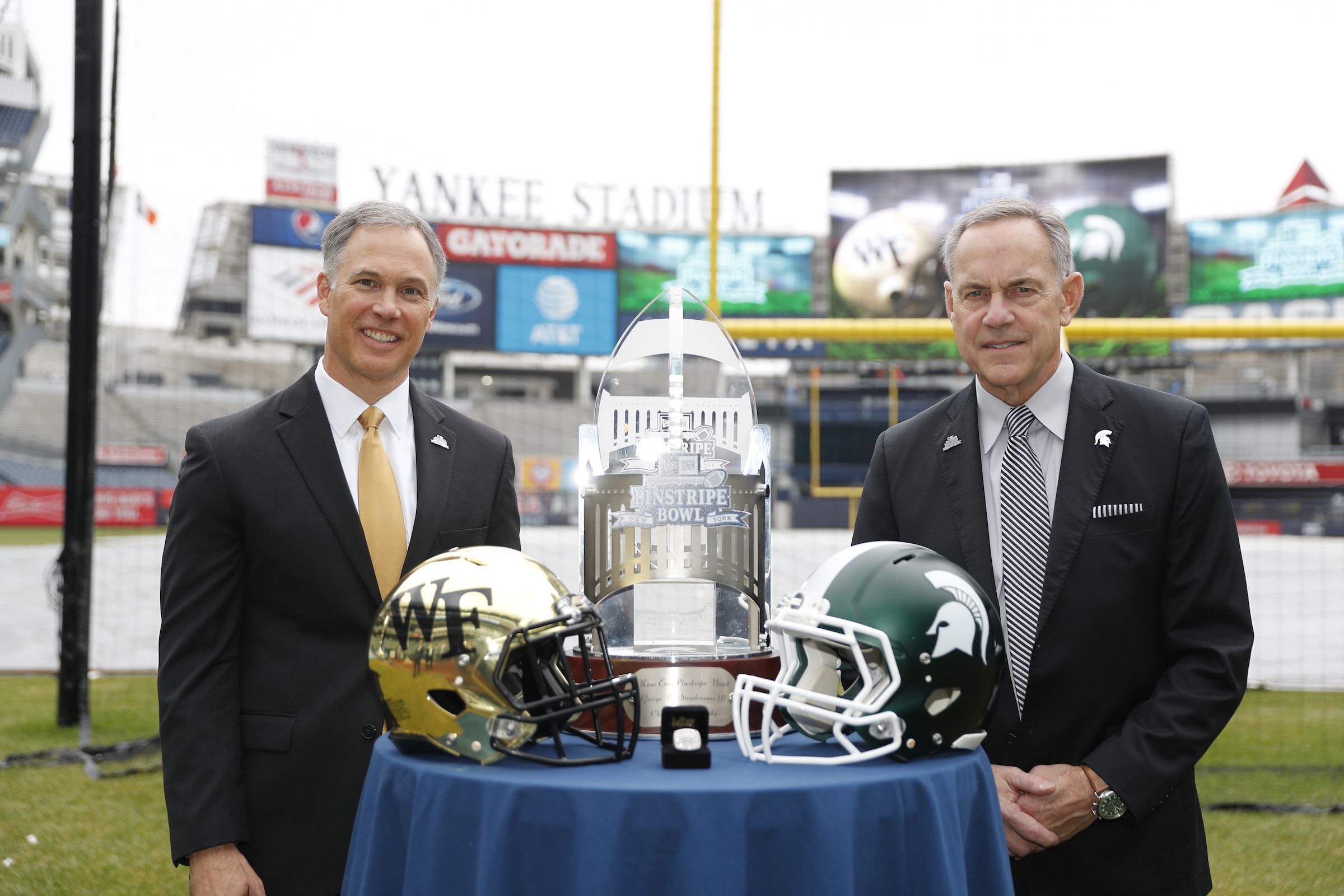 Michigan State, Wake Forest to match up in Pinstripe Bowl at Yankee Stadium

The two schools’ and head coaches met at the home field of the New York Yankees Tuesday morning for an announcement show.

The Spartans will be playing in the school’s 29th bowl appearance in program history and 12th in 13 seasons under head coach Mark Dantonio. The Spartans had a down year for most MSU standards. After a fast start that saw the Spartans in the AP Top 25 for much of the first have of the season, Michigan State stumbled down the stretch. Dantonio’s team went on a five game slide, including four losses to teams ranked in the Top 15. The Spartans qualified for a bowl with a 6-6 record, 4-5 in the Big Ten Conference.

“We’re excited about representing the Big Ten in the Pinstripe Bowl against a high quality ACC opponent in Wake Forest,” said Michigan State Head Coach Mark Dantonio through a Pinstripe Bowl press release. “Playing in New York for a bowl game will be a new experience for our program, and it will be a really festive atmosphere to be right in the city during the holiday season.”

Wake Forest will make their 14th bowl appearance in school history after finishing 8-4 this season, 4-4 in ACC play. Dave Clawson has his club in their fourth consecutive bowl game. They are the only ACC team to win bowl games in each of the past three postseasons. The Demon Deacons featured an offense that averaged 32.8 points per game.

This years’ game will kick off at 3:20pm and will be nationally televised by ESPN.