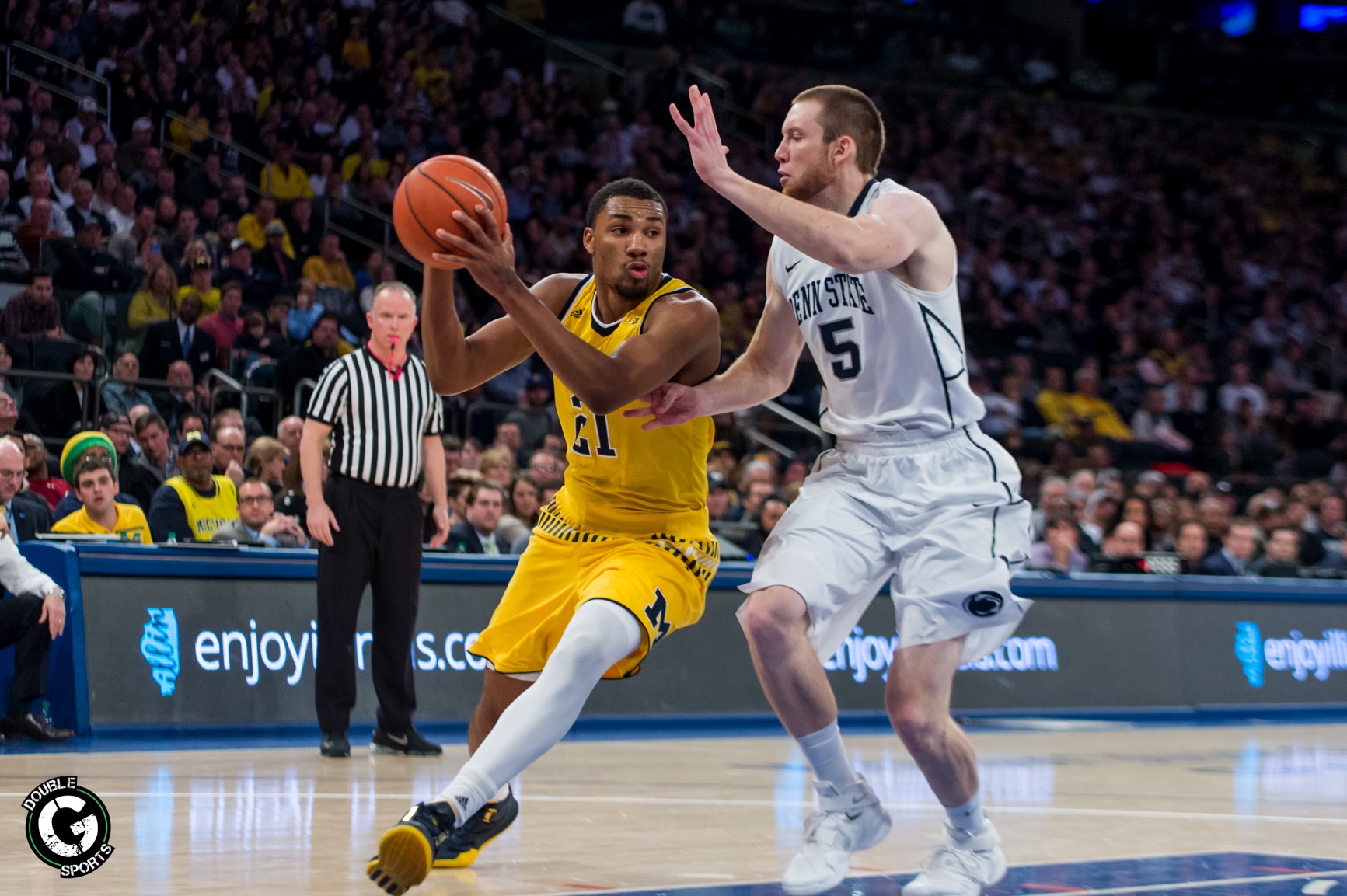 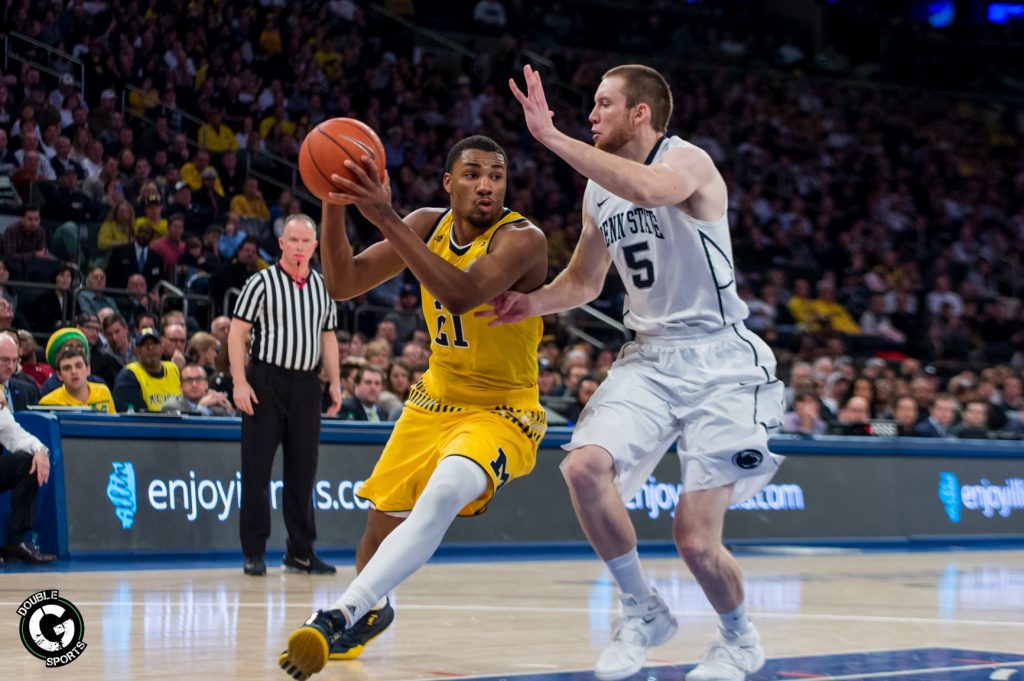 New York – In game one of the inaugural Big 10 Super Saturday hoops and hockey doubleheader, Michigan defeated Penn State 79-72 on the big stage at Madison Square Garden, New York City. The Wolverines are coming off of three-straight wins.

Michigan took the lead early on and never trailed, leading by as much as 17 points in the second-half. Going into halftime, Penn State trailed by a staggering 38-26 and completed only 8 of 25 two-pointers and went just 3 for 12 from outside the lines. The second-half didn’t look much better for the Nittany Lions as far as baskets completed, hitting just 18 of 37 targets.

Despite PSU coming marginally close to taking the lead several times in the second-half, with a few back-to-back three-pointers to bring the game within five points with just under six minutes left to play, Michigan Forward Duncan Robinson and Guard Muhamad-Ali Abdur-Rahkman, returned a pair of clean layups to bring the score to 68-59.

In the post-game press-conference, Michigan Head Coach John Beilein, spoke on that confidence of Abdur-Rahkman and his contribution in the first half, “We couldn’t get a basket except for him…He’s really good at getting his feet in the lane, getting balanced and then how we have to continue improving upon that is then passing back out of there.”

Following up on that, Michigan came out strong to start the second half, leading with a quick layout by Irving right out of the gates. The Wolverines managed to maintain a double-digit point differential for the better part of round two and upheld at least a six-point lead for the rest of the game.

On the other side of the ball, Penn State was dependent on Forward Brandon Taylor and Guard Shep Garner who, between the two, contributed 46 to the team’s 72 points. Just a Sophomore, Garner has started 33 of 34 games, averaging 9.2 points, 2.7 rebounds and 2.3 assists.

Each player essentially carried the team for the better part of the game, with Taylor leading with 24 points, 10 rebounds and 3 assists. Garner contributed 22 points, six rebounds and four assists.

The loss by Penn State puts them at 11-11 overall and 2-7 in the Big Ten. They will be meeting the Hawkeyes at Iowa next Wednesday. Michigan on the other hand moves to 17-5, 7-2 in the Big Ten and will be at home versus Indiana on Tuesday.

Full Court Press: How ‘bout them Owls!
UFC On FOX 18: 4 Takeaways From The Card In New Jersey