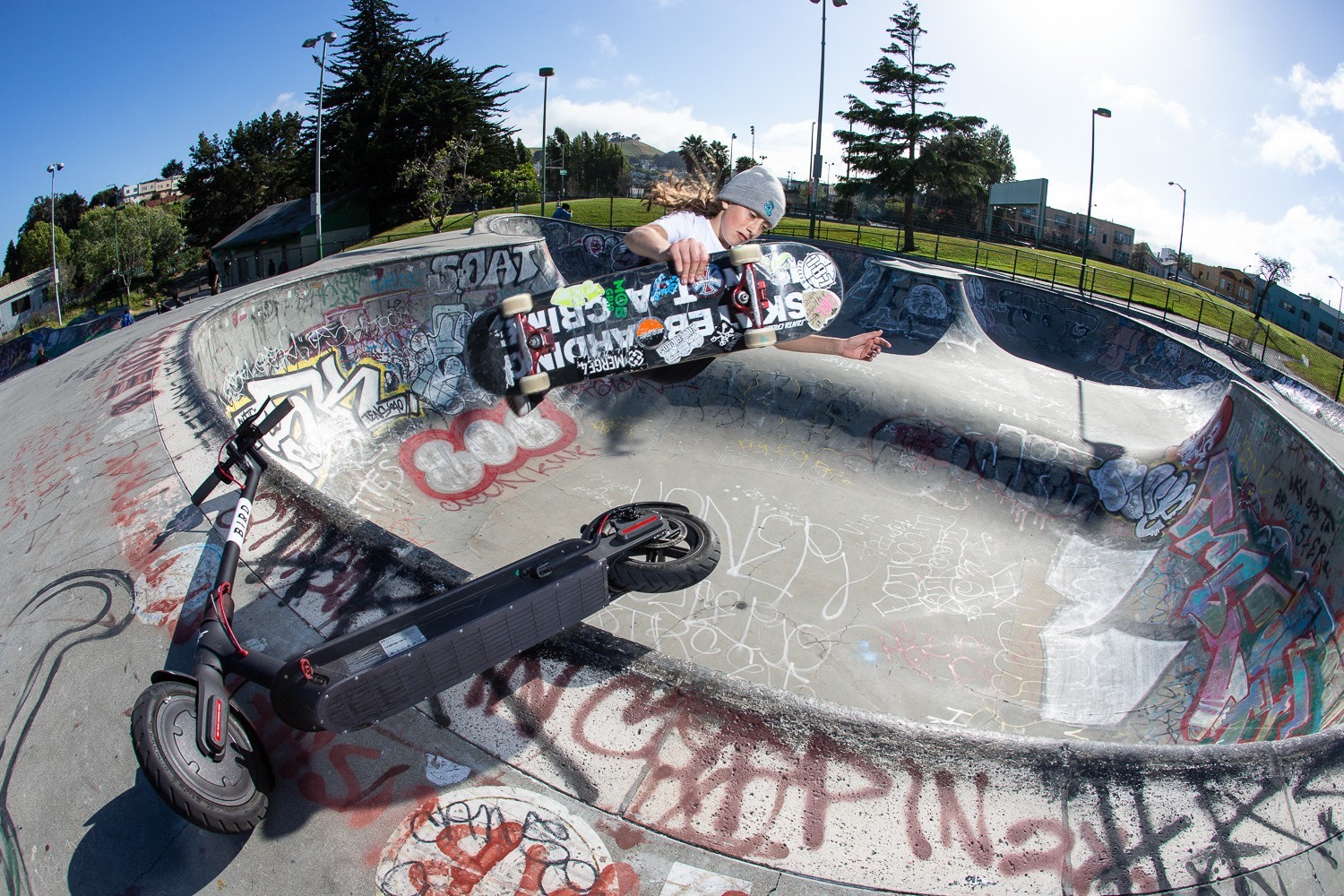 Minna Stess is a 14-year old skateboarding prodigy and the youngest member of USA Skateboarding.

Minna Stess is a 14-year old skateboarding prodigy and the youngest member of USA Skateboarding, on track to represent Team USA as skateboarding makes its Olympic debut in Tokyo.

Born and raised in Petaluma, Calif., Minna began skating while she was still in diapers (literally) and has dominated the extreme sports scene since kindergarten. The now-14 year-old has been on a constant and steady rise to the top of park skateboarding ever since. By the time she turned eight, Minna was winning competitions such as the Northern California Amateur Skateboard League.

In 2018, Minna came in 1st place during the Mystic Skate Cup Ladies Bowl in Prague and took 2nd at La Kantera in Spain.

More recently, she has competed in the X Games and Dew Tour and took 3rd place in the 2019 USA Skateboarding National Championships Women’s Park Finals.

In The Zone will be watching Minna’s path to the Olympics closely, and you should too!