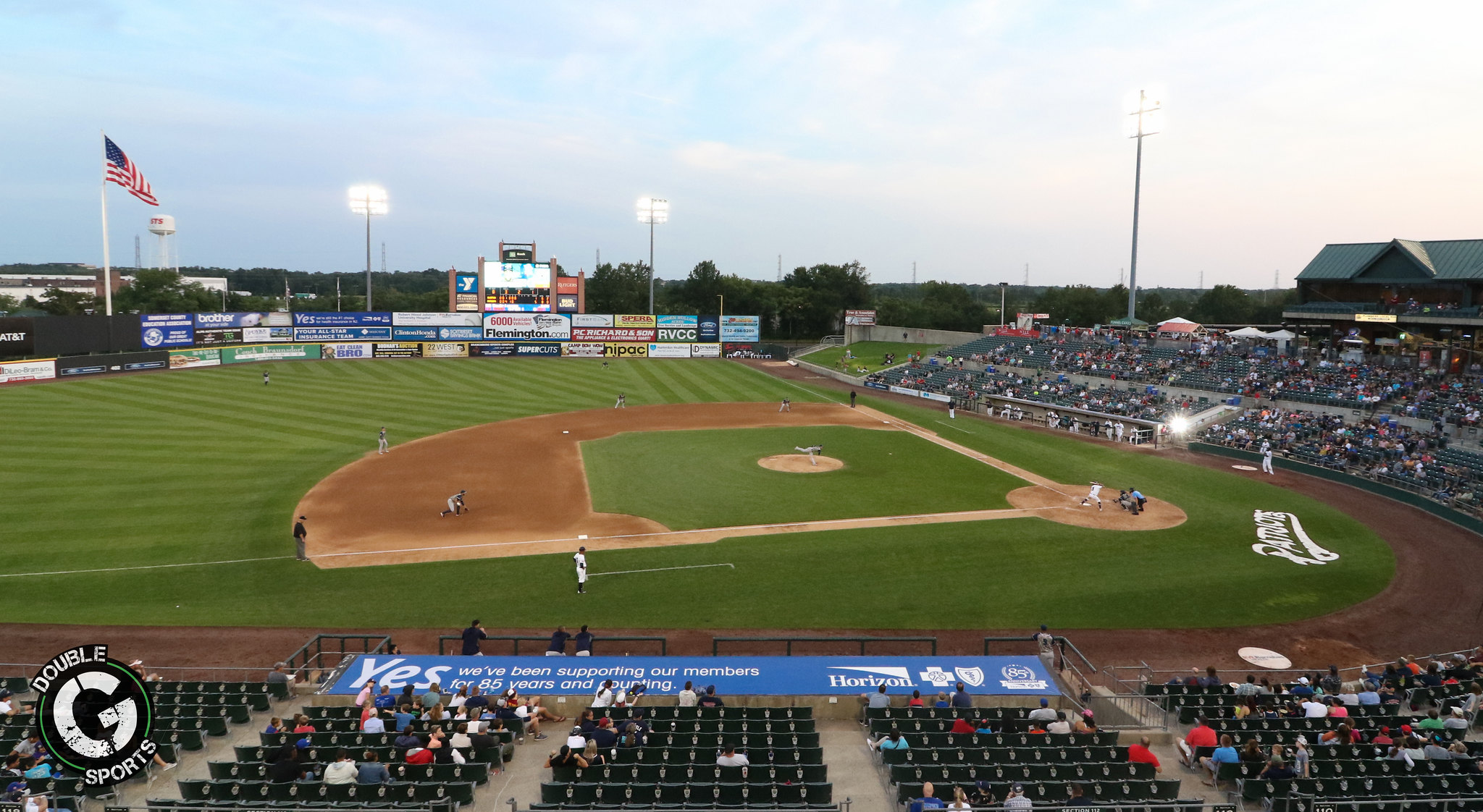 BRIDGEWATER, N.J. – Major League Baseball representatives were present at TD Bank Ballpark for a second look at the new Trackman Radar system Wednesday morning ahead of Somerset’s doubleheader against the Sugar Land Skeeters.

The MLB and Atlantic League first tested the new initiative prior to Somerset’s day-game against the High Point Rockers on May 16 where the home plate umpire wore an earpiece to call the game. What he heard was a call from the system that declared the pitch a ball or strike.

“It is a laser radar tracking system. It zeros in on a strike zone, according to rulebook, but right now it’s zeroing in on heights,” said Jack Sweeney who handles umpire assignments in the Atlantic Professional League. “It is creating a strike zone and any pitch that goes through it is pre-recorded and will tell the umpire strike or ball. The ultimate goal is reinforcing the umpire’s decisions.”

As far as today’s game goes, which Somerset dropped 2-0 in an abbreviated seven innings, the umpire was supposed to call the game based on his own strike zone as opposed to what the radar system told him. However, Sweeney mentioned that he felt the radar made some questionable calls.

They also wanted to find the delay between when the computer’s outcome of the pitch and the umpire actually making the call.

“There were three pitches in the game where the tech said it was a strike, it is usually the high and inside pitch or low and outside pitch, and the umpires called it a ball,” Sweeney said. “I kind of believe the umpire in his judgement was correct in that case so we have to fine tune that technology. From what we’ve seen there are more balls being called that the tech is counting as a strike, which historically, to eye of that umpire, was never a strike.”

Sweeney, who was in New Britain when the he saw the system first tested, said the delay there was “much quicker between seeing the pitch, hearing the call from the computer and the umpire making the call.”

He envisions the system being more specific and overall more positive for the game once they fine tune the zone to the height of the batter.

In a three-year agreement with the MLB, the Atlantic League will be implementing the Trackman system with an ultimate goal of improving the pace of play and speed of the game. Other components to the agreement are increased base sizes from 15 inches to 18 inches and mound visits are only permitted in the case of a pitching change or an injury, according to a press release.