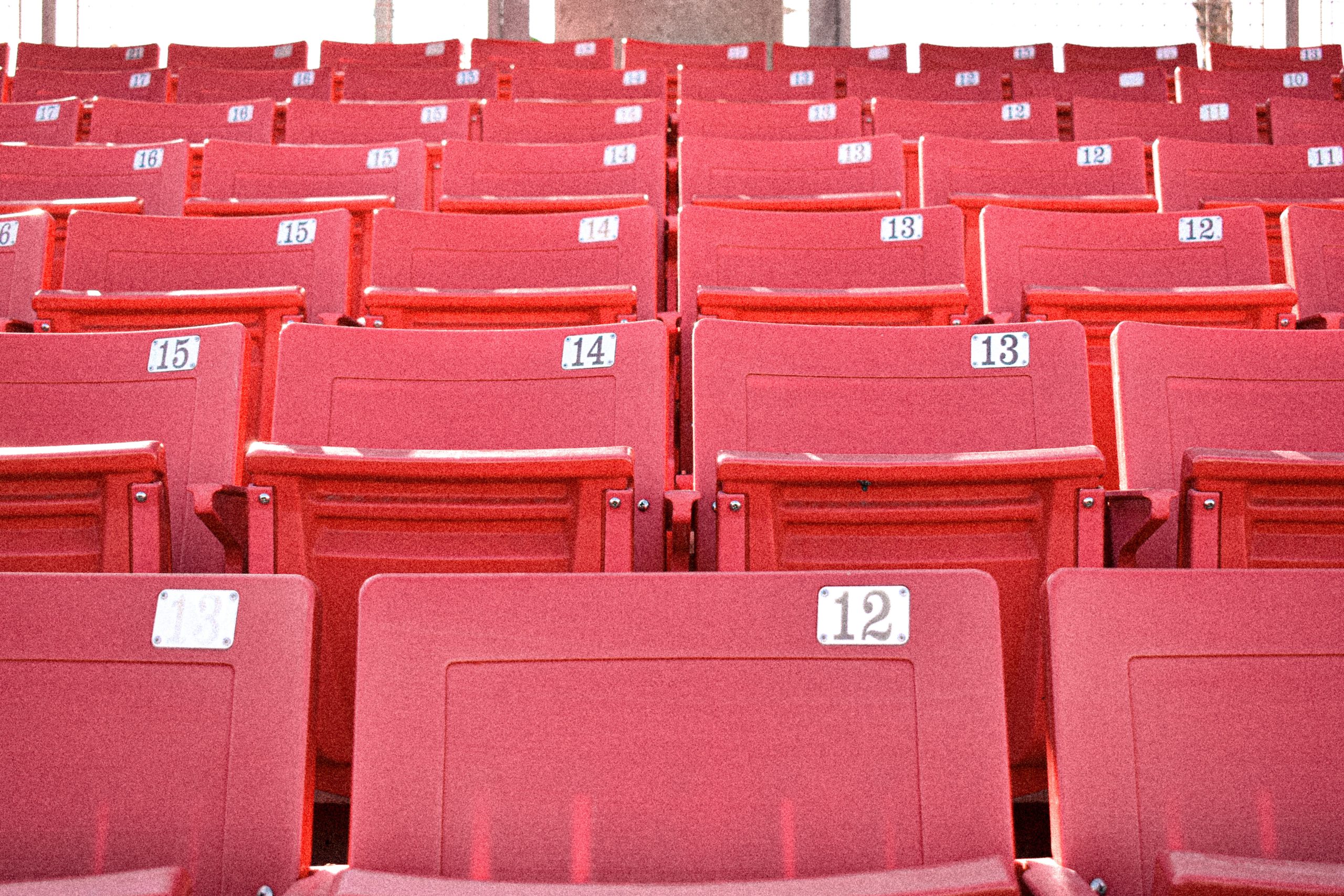 Major League Baseball has had 30-plus players and staff test positive for coronavirus since early rounds of testing began. Here’s where I come in with a MLB COVID tracker. I’ll list every MLB player who has tested positive for the coronavirus thus far. This post will be updated daily.

Important Note: As it currently stands, teams cannot in any way acknowledge that a player is sidelined due to any COVID-19 issues — a positive test, delayed results which require isolation, symptoms, exposure to someone who has it — without their permission due to privacy concerns and HIPAA laws, per union orders. This means that any player that is mentioned in this list has either gone public or given permission to their ball club to disclose this personal information.

Snitker just announced both Braves catchers Tyler Flowers and Travis d'Arnaud will not be available today. They both tested negative, but have shown symptoms and are currently back in Atlanta.

Marlins starter Jose Urena was scratched for start vs. Phillies today as he tested positive. He feels fine, so that’s good.

Just to make sure everybody is caught up, Jorge Alfaro, Garrett Cooper, Harold Ramirez and José Ureña all reportedly tested positive for COVID-19 this weekend. https://t.co/DXCLb9ZFxp

Eight more players and two coaches with the Miami Marlins have tested positive for COVID-19, as an outbreak has spread throughout their clubhouse and brought the total of cases in recent days to at least 14, sources familiar with the situation tell me and @JesseRogersESPN.

The latest round of testing from the Miami Marlins found four new coronavirus positives, sources familiar with the situation told ESPN. That brings the total over the last five days to 17. @Ken_Rosenthal first reported the newest COVID-19 cases.

The Miami #Marlins' season has been officially paused, as @CraigMish reported, with the team in quarantine with 19 positive test results. They likely won't be playing again for another week.

Marlins have 4 more positive Covid tests in results that are back this morning. That’s 19 in traveling party who’ve been positive since they went on first trip.

What are the next steps for the Marlins? Figuring out where they’re going, how they’re getting there, who will be there and what they can do to put together something that resembles a major league team. Talked about it on @FirstTake earlier today. pic.twitter.com/k3ABa47gvy

Here's Bob Nightengale on 93.7 The Fan in Pittsburgh insinuating that the Marlins COVID-19 outbreak was caused by players leaving their hotel while in Atlanta last week. "At least one guy did for sure," he says. pic.twitter.com/zTDwTrtu9M

Another Marlins player has tested positive for COVID-19, but the team anticipated this result from its contact tracing, a source tells The Athletic. Latest positive case brings team totals to 17 players and two coaches, though one of the coaches has since tested negative.

News out of Philadelphia where the Marlins have been holed up for over a week: Team is getting sleeper buses to take the infected players/personnel back to Miami. That's a long ride

Rest will stay, then head to Baltimore, NY and Buffalo for what will be a really long road trip

MLB suspects Marlins broke COVID-19 protocols, but doubts nightlife to be cause. With ⁦@Ken_Rosenthal⁩: https://t.co/7DYaM71YyF

More good news: The Marlins had no new positives from tests taken yesterday

Marlins are now scheduled to play Tuesday at Baltimore. They have 13 healthy players still in Philly (11 up and 2 on taxi squad), they’ve claimed 3, signed 2 and traded for 1. That still leaves room for 11 more, many of whom will come from Jupiter (the alternate site).

Marlins have no new positives and they are good to go. Game tonight vs. Orioles. They do have 30 players and are excited to play. On to talk Marlins on #MLBCentral upcoming. @MLBNetwork

COVID-19 destroyed the Marlins’ roster overnight. It had to be rebuilt just as quickly as it was shattered. Now, 2 1/2 weeks later, the Marlins come home as the improbable leaders of the NL East. Here’s how it was done:https://t.co/1hMz06YaUU

Marcus Stroman has announced that he'll be opting out of the 2020 MLB season: pic.twitter.com/UMfDYAvAFg

Sources: The Phillies are quarantining their entire visiting clubhouse staff after exposure to the Marlins this weekend. Some were tested yesterday and waiting for results. Yankees brought their own clubhouse staff to Philly last night.

No Philadelphia Phillies players or coaches tested positive in the most recent batch of coronavirus tests, sources tell me and @JeffPassan.

Greater cause for concern in baseball, as the #Phillies announce that a coach and clubhouse attendant have tested positive.

BREAKING: The @BlueJays‘ weekend series against the @Phillies has been postponed after two Phillies staff members tested positive for COVID-19.https://t.co/lH2JcAMdyq

For the 3rd straight day, the #Phillies have reported no positive tests for COVID-19.

And Major League Baseball has said it believes that the 2 positive tests revealed Thursday – of a coach and clubhouse attendant – were false negatives.

Phillies are scheduled to resume play Monday with a home and home series vs. the Yankees.

They will play at Yankee Stadium on Monday and Tuesday and then Citizens Bank Park on Wednesday and Thursday.

After a positive coronavirus test among Toronto Blue Jays players, a number remained behind in Florida while the rest of the team traveled to Toronto for training camp, sources tell ESPN. The players will remain in Florida for a few days before they are cleared to go to Canada.

Manager Kevin Cash says it was good for outfielder Austin Meadows to be back on the field in his recovery from the virus as he prepares for his return to the Rays.https://t.co/ESvWXWYmGS

Well, a 27-year old starting @MLB pitcher couldn't throw 20 pitches without getting exhausted after "recovering" from COVID. Now it looks like he might have permanent heart damage.

American exceptionalism means something way different than I thought.https://t.co/E6MEJM54xY

Eduardo Rodriguez (heart issue related to Covid) will not return this year. The Red Sox do say they expect him to make a full recovery, and hopefully that’s the case.

Chapman has mild symptoms, according to Boone. pic.twitter.com/olqzqwnTAA

Aroldis Chapman is at least a week away from rejoining the Yankees. But the team won't be rushing him to return. @ByKristieAckert https://t.co/xHYYOVceCu

Positive coronavirus tests with the St. Louis Cardinals have postponed their game against the Milwaukee Brewers, a source tells ESPN, confirming the @jonheyman report. Unclear how many, but to this point positives had been limited to teams in the East. Now in the Central, too.

The latest announcement from MLB.

The entire Cardinals-Brewers series is now off. Cardinals off until Tuesday.

So they’re the 3rd team that’s been shut down for at least 5 days – in a season that’s only 10 days old! pic.twitter.com/Ry0SUe8vbU

Source informed me of the names of the two #Cardinals positives. The Athletic has a policy of not outing positive cases without their approval, so I will honor those players’ privacy. We feel comfortable sharing this: both are pitchers.

#STLCards have no new positives today in tests today. Need another clean round before release from Milwaukee hotel but this is very good news. Possible to have full schedule Friday.

Friday's series opener between the Cubs and Cardinals has been postponed after at least one more positive COVID-19 test in the St. Louis clubhouse, a source confirmed to ESPN.

The Cardinals have not played since July 29 due to positive coronavirus tests. https://t.co/zAnnSpwCBp

The #STLCards learned that a five-day pause wasn’t enough, it seems. So, how long will they wait to play this time? How many games can they miss and still play a viable season? No wonder the team’s top baseball exec hasn’t slept in days. https://t.co/iOpiLVdCVV

During his weekly interview on KMOX/1120 AM, #stlcards manager Mike Shildt reveals what has been asked often about: Some COVID-19 positive individuals with team have had to go to the Emergency Room due to symptoms.

Team says none have remained hospitalized.

This means that they’ll still have played just 5 games when they wake up Friday morning.

The Reds will have played 19.

They’re in the same division.

And 14 games is nearly 25 percent of their season. pic.twitter.com/YL0gC1fHWh

We will return to play tomorrow against the Chicago White Sox at Guaranteed Rate Field.

Today’s originally scheduled game vs. the White Sox will be made up tomorrow as part of a doubleheader beginning at 12:10 PM CT.

Today's game between the Cincinnati Reds and Pittsburgh Pirates has been postponed in the wake of the positive COVID-19 test on the Reds, a source familiar with the situation tells ESPN.

Moustakas and Senzel both late scratches for the @Reds today after Davidson diagnosed with COVID yesterday. This could be bad for @MLB. #Reds

Saturday’s game between the Cincinnati Reds and Pittsburgh Pirates is likely to be postponed after a Reds player tested positive for COVID-19, sources tell ESPN.

The fallout is unclear — will be for days. But after the Marlins and Cardinals outbreaks, avoiding another is vital.

Indians pitcher Zach Plesac sent home to Cleveland after going out with friends in Chicago on Saturday night in violation of team rules and league’s health and safety protocols. With @ZackMeisel: https://t.co/46ov4QqfaV

Mike Clevinger and Zach Plesac arrived in Detroit with all of their baseball gear. And then, after an open forum with teammates and staff, the Indians sent them home.

What it means moving forward: https://t.co/oILn7h4IUk

And there it is. The problem with the (inherent and likely unavoidable) lag in test results. Now we’re going to find out how well MLB’s social distance mitigation protocols work. pic.twitter.com/TfzNd3Lrtg

Dave Roberts could not explain their absences. He said he is hopeful all seven will return “sooner than later."

BREAKING: MLB commissioner Rob Manfred told MLBPA executive director Tony Clark on Friday that if the sport doesn’t do a better job of managing the coronavirus, it could shut down for the season, sources told @JeffPassan. pic.twitter.com/lNXpbzkHZr

Comissioner Rob Manfred tells me “We are playing. The players need to be better, but I am not a quitter in general and there is no reason to quit now. We have had to be fluid, but it is manageable.”

In text conversations with teammates Friday, MLBPA player reps warned that if there is a big jump in COVID+ tests over the weekend, MLB season may be canceled. While it remains unclear what the threshold is, @CraigMish is reporting the Cardinals have more than five new positives.