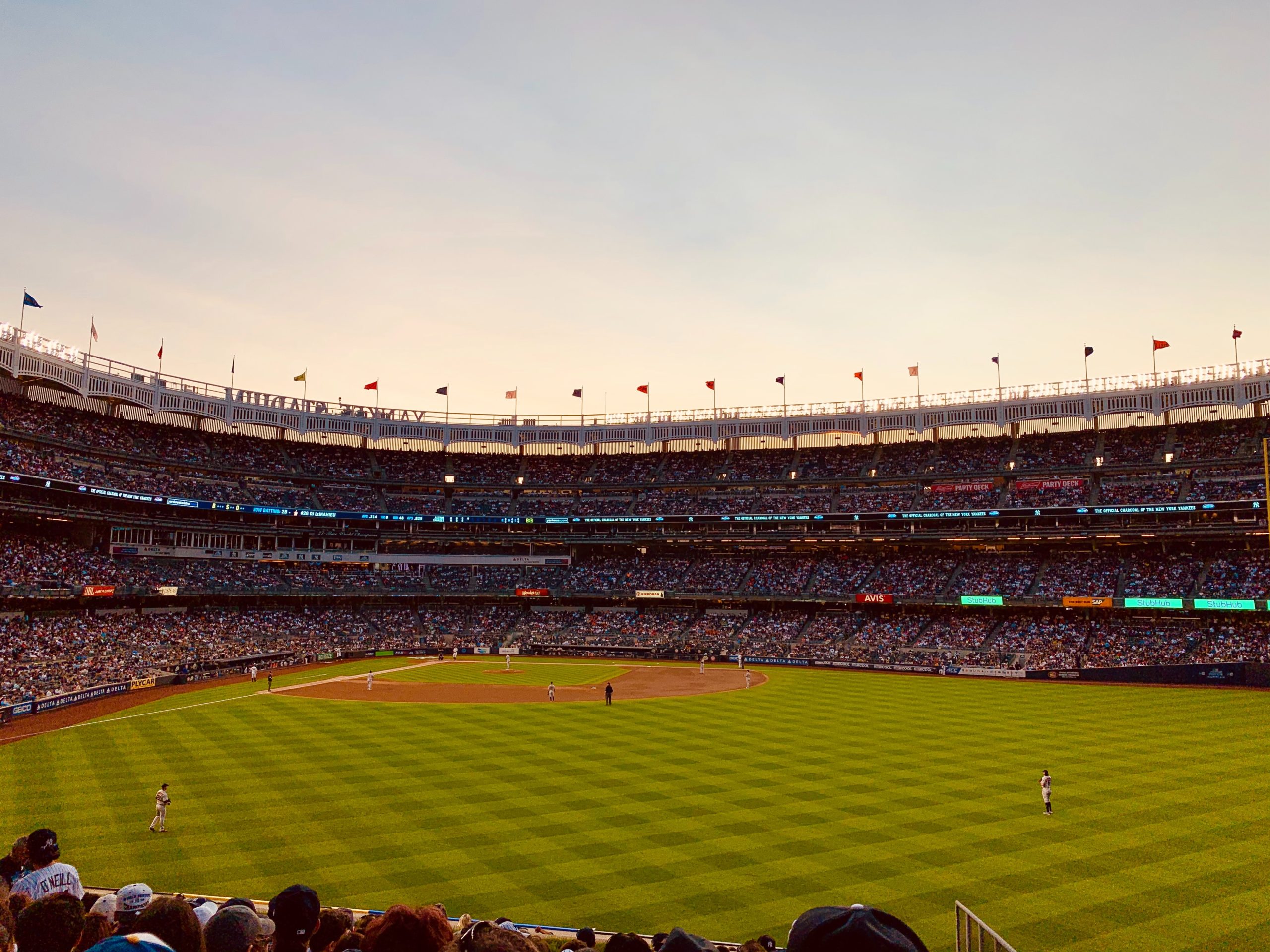 The league has enhanced its partnerships with the Jackie Robinson Foundation and Negro Leagues Museum. They are also providing players with a variety of options and opportunities to show their support for the movement if they wish.

The 2020 Major League Baseball season has broken tradition in ways no one ever expected. The league has historically refrained from making statements about off-the-field issues. That changed during Opening Weekend of 2020.

Support on the Field

Players across the league participated in demonstrations before and during the National Anthem in support of the Black Lives Matter movement. In addition, the league offered players the choice to wear social justice jersey patches and black T-shirts with the words “Black Lives Matter” in white bold during batting practice.

Equality is not just a word, it’s our right. pic.twitter.com/LvmW9NqTT2

References to the Black Lives Matter movement were visible in other places around the league as well. The MLB logo with the initials “BLM” was prominently stamped onto the mound at Nationals Park as the Yankees and Nationals opened the COVID-shortened season on Thursday night.

Prior to the playing of the National Anthem, teams knelt on the field and held a long black ribbon to symbolize solidarity with the black community in their fight against racial injustice.

A video message narrated by Morgan Freeman and written by Andrew McCutchen and his wife played on the jumbo screen of each ball field. The vast majority of players and coaches participated in this demonstration.

Today, and every day, we come together as brothers. As equals, all with the same goal – to level the playing field. To change the injustices. Equality is not just a word. It’s our right!

Today we stand as men from 25 nations on 6 continents.

Today, we are one. pic.twitter.com/vKUGdRfwgQ

In addition, some players chose to kneel during the playing of the National Anthem. Aaron Hicks and Giancarlo Stanton of the Yankees took a knee during the anthem before Saturday’s 9-2 loss to the Nationals. Mookie Betts of the Dodgers continued to kneel during the anthem on Opening Day, flanked by teammates Max Muncy and Cody Bellinger. Muncy and Bellinger stood but placed their hands on Betts’ shoulders in a show of support.

Unlike players in the NBA and NFL, baseball has been historically silent on social justice issues. In the wake of George Floyd’s murder, MLB is making a concerted effort to stand with the BLM movement. The league has enhanced its partnerships with the Jackie Robinson Foundation and Negro Leagues Museum. They are also providing players with a variety of options and opportunities to show their support for the movement if they wish.

The demonstrations have sparked controversy for a variety of reasons. Critics argue sports should be simply entertainment; people look to sports for a break from what is going on in the outside world. Some people debate the message behind taking a knee during the anthem and claim it disrespects armed forces and law enforcement. Social justice issues are labeled as politics by some, and they believe they have no place in the workplace.

Supporters disagree. They believe that athletes have a broader platform than the average person, so they should be allowed, if not obligated, to spread important messages. Many players of color have experienced racial injustice in their own lives and believe the message is urgent.

In days following Floyd’s murder, dozens of players tweeted their reactions, personal messages, and stories. Nationals reliever Sean Dolittle’s wife Eireann Dolan tweeted a picture of the two of them participating in a protest on June 3. Since the league now allows these provisions, the question of checking your first amendment rights at the door of your office is no longer valid; the players’ employer is permitting them to show support.

Despite what some people may say, the Black Lives Matter references didn’t seem to hurt the ratings for Opening Day; ESPN reported over 4 million viewers watched the Yankees-Nationals opener on Thursday. Baseball hasn’t seen these numbers for Opening Day until now.

Of course, the ratings could have been helped by the fact that baseball has been the first major sport to return during the pandemic and sports fans are desperate for live action. But they may also suggest the fandom tide may be turning from people hesitant to break tradition to the more socially aware.

Support for the movement is likely to continue to be evident as the season progresses.