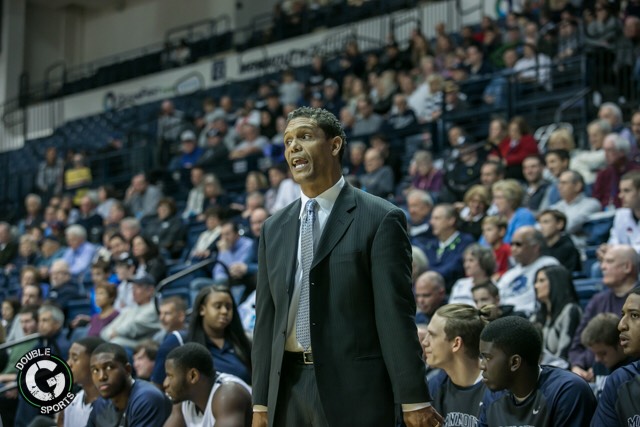 Jamal Meeks has been promoted to assistant coach after serving the past two seasons as Director of Basketball Operations. The Hawks also stayed in house to fill two other vacancies as Anthony Molisso will now serve as the Director of Basketball Operations, while Brian Stafman has been added to the coaching staff as the Special Assistant to the Head Coach.

“Jamal Meeks is one of my closest friends,” Rice said in a university released press release. “When he joined our program he brought a lot to us as soon as he came. Playing for Bobby Knight, you have to have an understanding for the game. He got coached hard so he’s ready to be on the floor and contribute on the floor. His energy on the court has been tremendous, so it’s a great addition to add Jamal Meeks to one of our coaching staff spots.”

Meeks joined Rice’s staff prior to the 2015-16 season as Director of Basketball Operations. He play collegiately under Bobby Knight at the University of Indiana and previously coached at Bowling Green State and Butler. He replaces Sam Ferry, who departed in April to become an assistant coach at the University of Pittsburgh.

Both Molisso and Stafman started out with Monmouth Basketball as Graduate Assistants. Molisso joined the program in 2015 and was a team manager at East Carolina University as an undergraduate. Stafman joined the staff prior to last season after spending three seasons as an assistant coach at St. Thomas Aquinas College. He was a student manager at Syracuse under Jim Boeheim as an undergraduate.

“Any time you lose a member of your staff, you get a lot of calls on guys that would be great and we got a lot of calls but I wanted to reward their loyalty,” Rice added. “Brian has done a tremendous job on the day-to-day, just making sure the coaching staff is getting all the things prepared that they’re supposed to have. Anthony has been great and helped a lot with academics and now both of them are filling Sam Ferry’s shoes with the academic side.”