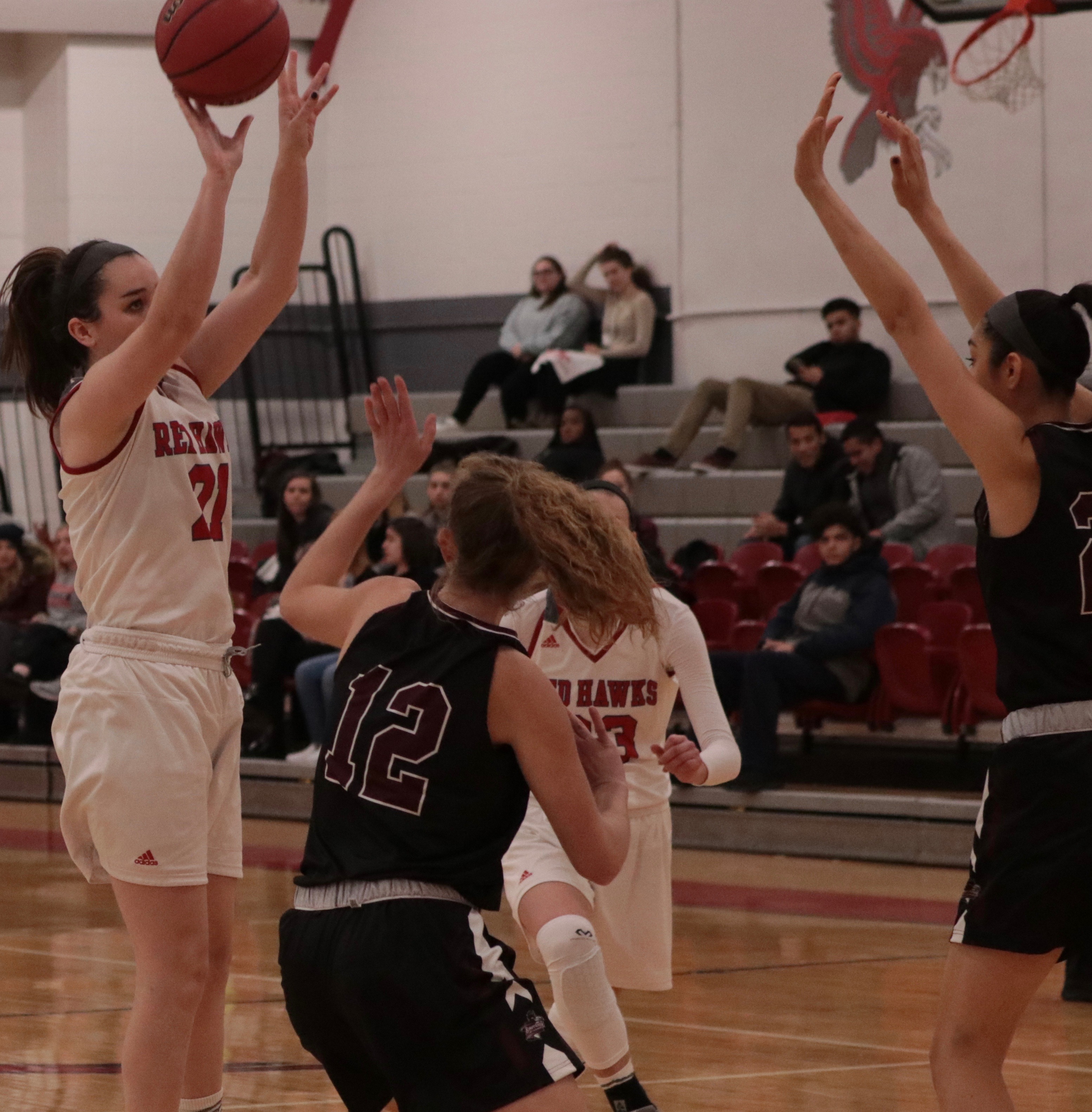 After a close first quarter, Montclair State opened up a double digit lead due to sizzling shooting from beyond the arc, knocking down free throws and dominating down low in the paint taking a commanding 34-18 lead at halftime. Domonique Wirsing and Alex McKinnon led the Red Hawks tallying 17 combined points while Kim Calloway and Taylor Brown contributed with seven points apiece. Defensively, the Red Hawks held the Roadrunners to 22 percent shooting.

“We took a few bad shots in the first quarter that were kind of not falling but got some good looks,” said Harvey. “We stuck with it and started to knock it down. Really happy with the way the offense first half ran in the first half.”

Montclair State came out of the locker room in the third quarter on fire scoring five points within the first minute of play. The Red Hawks did not step off the gas pedal as the lead grew to 26 points at the end of the third quarter thus enabling Harvey to empty out the bench for the final quarter.

Entering the contest Ramapo College as led by Samantha Rinaldi at 11 points per game and Jessica Repasy at 10.8. Montclair State’s defense limited Rinaldi to eight points on two of 11 shooting while Repasy was held scoreless. The Red Hawks easily won the points in the paint battle 36 to 14, shooting 44 percent from the perimeter and bench pouring in 25 points. McKinnon scored a game high 14 points and pulled down eight rebounds while Wirsing added 11 points.

“They are really doing a great job, not only production wise with scoring and rebounding but also as leaders,” Harvey said. “It took them a little bit to get into that role but really communicating and being leaders for our younger players and makes us feel more comfortable. Dom is playing great in the post, excited for her because she has been a role player for four years and worked really hard coming in and now scoring and rebounding.”

“We had a bunch of players play well of the bench and really nice in the last five minutes of the fourth quarter I played five freshmen and they did a pretty good job defensively and extended the lead on the offensive end.”

“We’re continuing to focus on defense, always been a defensive teams and these guys are starting to understand and get it. If we can dominate on the defensive end good things will happen on the other end. We stopped the ball early in transition, getting matched up, defending the three-point line and stayed out of foul trouble.”

“Really positive having home court advantage and now we have to find our way on the road,” said Harvey. Going to be shaky for a little bit but come second semester we have it pretty even when it comes to home and away games.”

“Kean is a tough place to win for us always, they are athletic, physical and will press us a little. We’re going to have to take care of the ball. We’re still turning the ball over way too much and going to be about ball control. Handling to play on the road for the first time is going to be tough so we’re going to have to be ready from the start.”