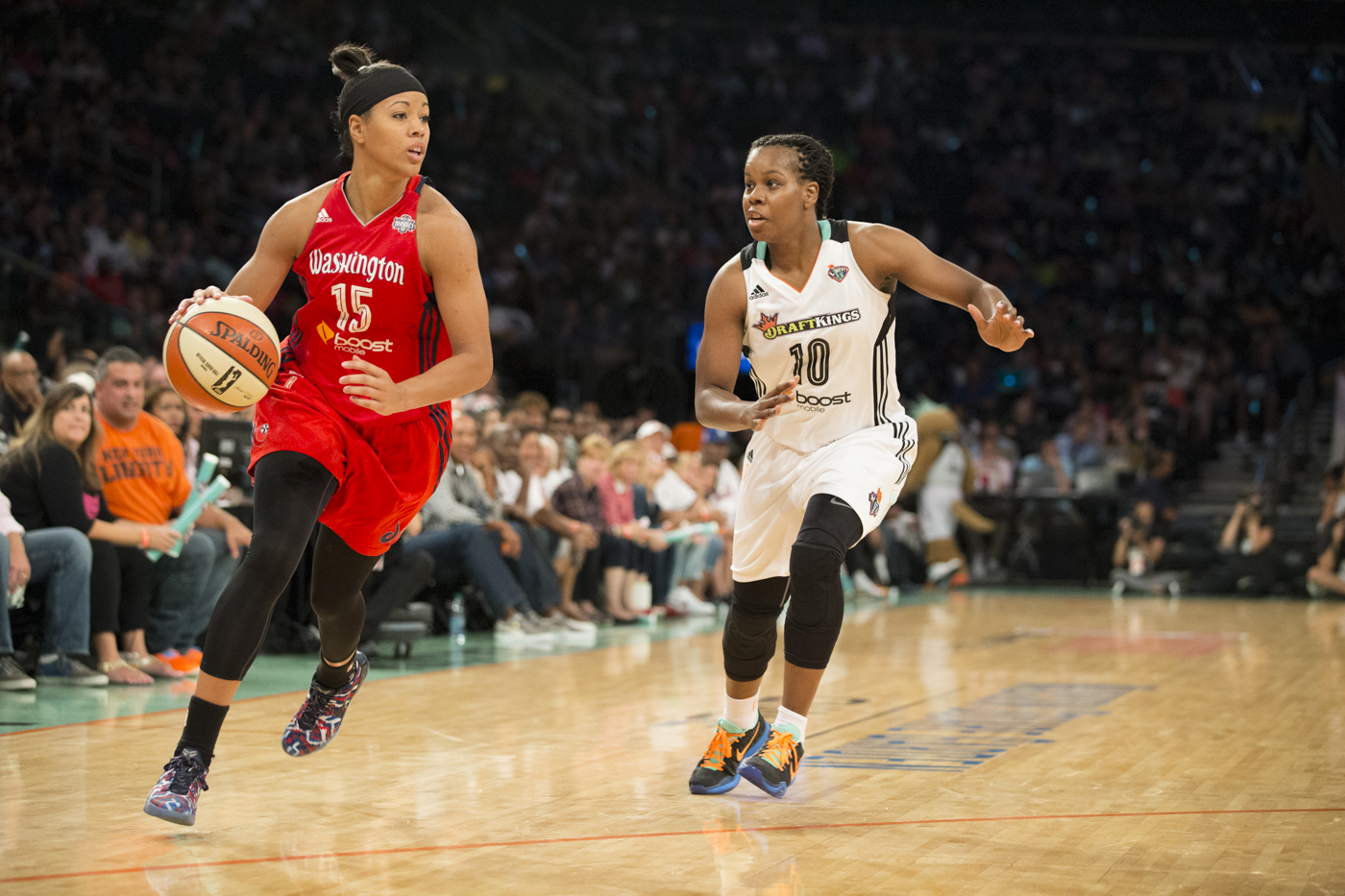 Living at IMG Academy in Bradenton, Florida, 137 of the world’s greatest women’s basketball players are working around the clock to prepare for the WNBA tip-off on July 25. With one week of training camp complete and many athletes settling into “wubble” (WNBA bubble), the restrictions may cause some to feel isolated. A few lucky athletes have their mini-me by their side as they navigate a pandemic and period of overdue social change.

Candace Parker, Bria Holmes, and Dearica Hamby are just a few of the WNBA mothers bringing their sidekick.

Candace Parker of the Los Angeles Sparks introduced the world to her beautiful daughter, Lailaa, in 2009 following a stellar professional debut. Despite being an international star, Parker struggled to get her daughter interested in the game of basketball. The former Lady Vol shared with media on Tuesday that in previous years, after two or three quarters of a game, Lailaa would beg for her iPad.

Despite the “inevitable” risk of coronavirus, Parker shared an overall positive journey with her daughter, stating that they are a “package deal” in the wubble. During the most recent offseason, Lailaa, now 11, became significantly more invested in the game, often playing “NBA 2K” as her mother’s team. The five-time All-Star knew this season would be a unique experience for the pair, believing that it is her “responsibility” to “share her passion with [her daughter].”

Parker is not the only wubble mom thankful to have their family to rely on during this challenging season. The Connecticut Sun’s Bria Holmes brought daughter Diona to cheer her on in Florida. The soon-to-be two-year-old is already stealing the spotlight on social media, with daily updates on mom’s accounts and viral videos on the Sun’s Twitter.

Sun fans may recognize “Baby D” from her appearances during the New Haven native’s first season at Mohegan Sun. The toddler appeared several times before games, winning the hearts of many WNBA fans. “She’s more of a star than me right now,” the West Virginia alum shared.

Though Holmes was initially overwhelmed by motherhood, she now states her daughter makes her “complete” and improves her ability to perform. “Baby D” seems to be getting in on the action, seen doing push-ups on her mother’s July 15 Instagram story and running after loose balls at practice in videos posted by the Connecticut Sun.

The club doesn’t just stop with Parker and Holmes.

Dearica Hamby’s daughter Amaya joined her mother at the league’s facilities. The 2019 Sixth Woman of the Year shared that her daughter loves the WNBA logo, confident the mystery bun-wearing basketball player is her mother. Hamby seems pleased with the comparison, tweeting on July 10 “no one better tell her it’s not!” Her team, the Las Vegas Aces, followed the forward’s wishes, even referring to the Wake Forest alum as “the logo” on Twitter.

Bria Hartley brought her son Bryson along for the ride and her team, the Phoenix Mercury, have embraced his presence. At a recent practice, the organization named Bryson their “newest photography intern.” The youngster took pictures at practice and seemed to have a blast. Of course, fans are excited to see more of the children they lovingly nicknamed “wubble babies.”

Meet Bryson (@Breezyyy14's son), our newest photography intern here at IMG Academy. Today was his first day on the job and we think he did amazing.

Here's a thread of his practice photos: pic.twitter.com/L3zsqzKXWu

Our intern Bryson is really growing before our eyes. Today he learned how to photograph sports and got some cool shots off the tripod. He had an exciting morning meeting @sophaller and posing with BG. We think he has the potential to be a dual-threat photographer & model. pic.twitter.com/5G7I397Bzx

The WNBA season starts on July 25. Parker’s Sparks will face off against Hartley’s Mercury on opening day, which fans can watch at 3 pm on ABC.

The following day, the Connecticut Sun’s Bria Holmes will play the Minnesota Lynx at noon. ESPN will broadcast the game before ABC takes over WNBA coverage at 3 pm with a 2019 playoff rematch of Hamby’s Las Vegas Aces and the Chicago Sky.

We already know the WNBA mothers will have their biggest fans nearby.

Find continuous coverage of the WNBA and NBA restarts on Double G Sports.

You Know I’m Right, Episode 24: Life Inside The NBA Bubble In Orlando (Audio)
A Conversation with NHL Network’s E.J. Hradek