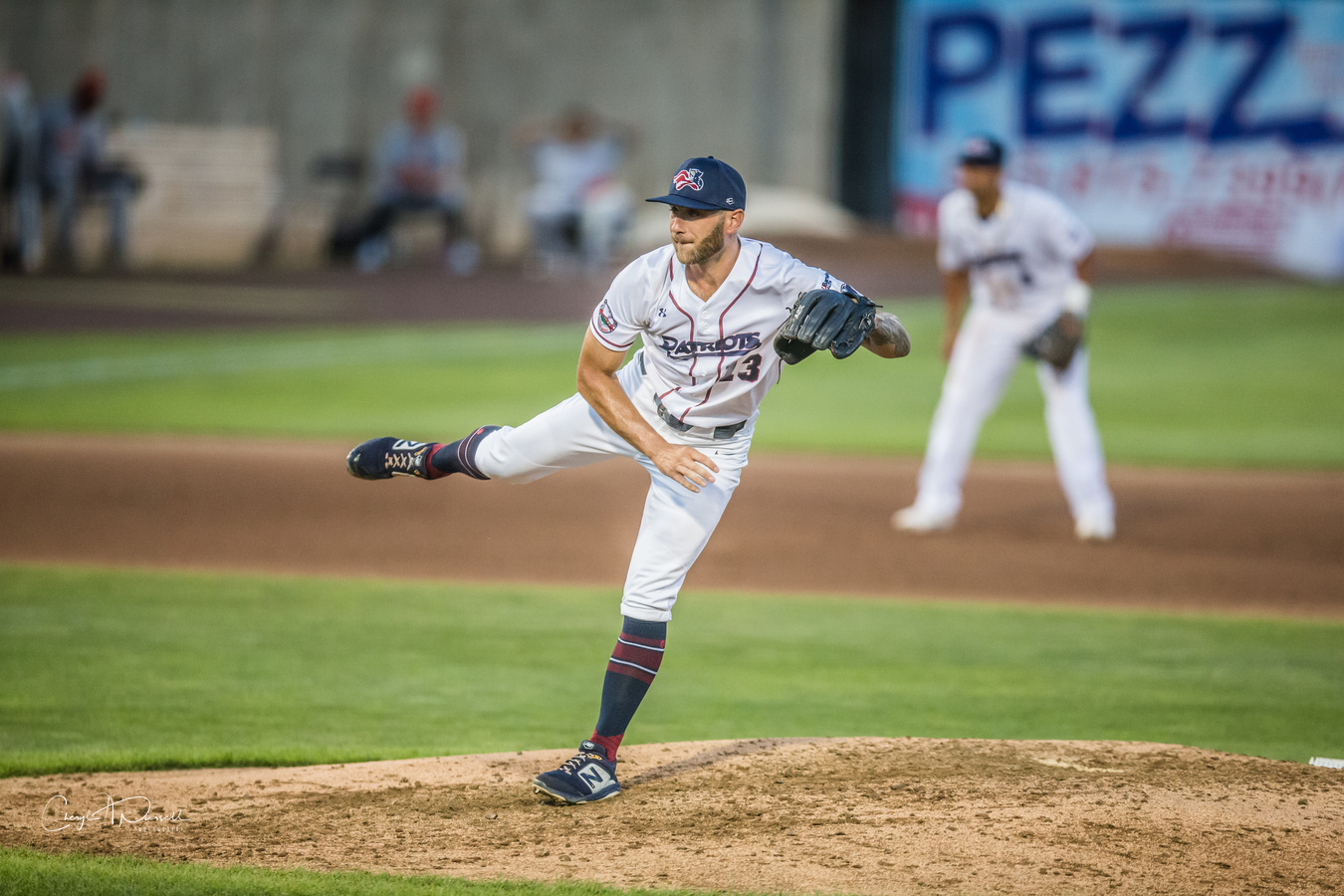 Nate Roe retired and was working in the Somerset Patriots front office this winter. Now he is back on the field while maintaining his role in sales.

Nate Roe wears many hats as part of the Somerset Patriots organization, including that of a dominant pitcher, and that of a group sales manager in the front office.

The right-hander comes out of the bullpen to pitch a perfect sixth inning to clinch victory for the Patriots minor league baseball team. After the game, Roe helps push the tarp on to the field and walks through the empty stadium aisle by aisle, picking up trash left behind by fans.

A native of Plainfield, NJ,  Nate Roe originally signed with the independent Rockland Boulders in 2013 after four seasons pitching at Rutgers University. He spent the next seven seasons grinding away in various independent baseball leagues, working to make his way up the pro ladder. In 2018 following an All-Star season with the New Britain Bees, Roe was thrilled to be traded to his hometown Patriots, whose games he’d attended growing up. As he struggled on the mound during the 2019 season, Roe began to question his future on and off the field.

“I’ve been playing independent baseball this whole time, what am I going to do now,” he asked himself.

“I want to have a kid, get a house, get married, and it would be hard to support all of those with an independent baseball salary,” he said. Roe added that his career at times was an emotional roller coaster.

“It started affecting my relationships with my family, my girlfriend and with my friends. It came to the point where (in 2019) I’m not happy because of what I’m doing to myself based on my performance.” When Roe decided to hang up the cleats, he did not want to leave the Somerset Patriots. After all, it’s where he’d found a family.

Towards the end of the 2019 season Roe approached the team’s GM Pat Mcverry and Vice President of Public Relations Marc Russinoff, and asked if there might be any opportunities for him in the team’s front office. Soon after, Roe was taken on as the group sales manager which involves selling blocks of tickets to local sponsors, little league teams, kids birthday parties, etc.

Though off the field he was working a “desk job,” the Patriots told him that if he were to stay in shape there may be an opportunity to pitch down the road.

“I didn’t want to look foolish if that opportunity came at any point during the season, so I tried my hardest to get myself in shape and keep throwing,” Roe said.

Although the 2020 Atlantic League season was cancelled due to the pandemic and all tickets had to be refunded, Roe was thrilled when the Patriots created a professional series to be played at TD Bank Ballpark. He was asked to be a member of the pitching staff this season. Obviously, he jumped at the opportunity.

A New Season for Nate Roe

Through his three outings in the Somerset Professional Baseball Series, Roe has yet to allow a run and has only given up one hit over four innings of work, all while maintaining front office responsibilities.

Roe approached this series with a new mindset. He sees his main job as a front office member and he gets the added experience of playing the game for fun.

“It’s a game, so you have to have fun doing it,” he explained. “I feel like that’s helping me out on the mound as far as confidence.”

Aside from the awkward dynamic of being a player and front office member, Roe has “a new-found glory for everything that the front office does,” he explained. “There’s so much planning that goes into it, and [gameday] is literally a twelve hour day for the front office staff.”

Chances are, this will be Roe’s last time pitching professionally. But, he is working as hard as anyone, arriving among the first people at the ballpark in the morning to get work in, and coaching up the younger players. During the week, Roe also gives pitching lessons to kids and sees coaching as his next potential career path.

Whatever he is doing at this time next season, Roe will put forth the same positive effort as he does in his positions as pitcher and group sales manager, coming at everything with the attitude he describes as “have fun” and “try to have a special relationship with everyone.”