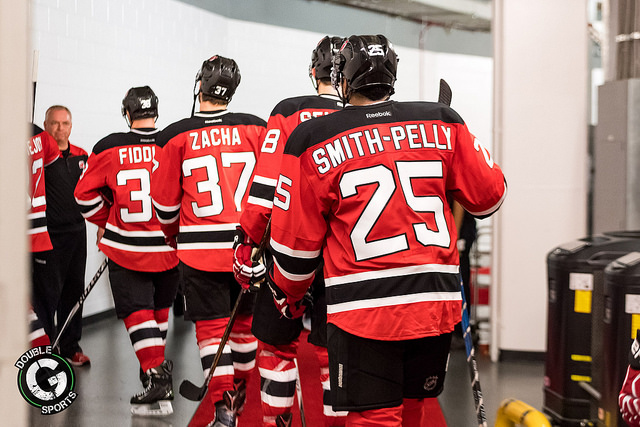 The National Hockey League held the 2017 Draft Lottery on Saturday to determine the top three picks in this summer’s entry draft, as the New Jersey Devils won the number one overall pick with the Philadelphia Flyers drafting second and Dallas Stars receiving the third.

By winning the Draft Lottery, the Devils, who had an 8.5 percent chance at the top spot, moved up from the fifth slot to the number one overall pick in the 2017 NHL Entry Draft. Since moving to New Jersey in 1982, the team has never had the first overall pick in the draft and it just the second time in franchise history they have held the number one. In 1979, as the Colorado Rockies, they drafted Rob Ramage first overall.

General Manager, Ray Shero told NBC Sports Network, “This is a great day for our franchise, and to pick first overall, to have that for our Devils fans and our organization, is great news.”

With Nolan Patrick, a center with the Brandon Wheat Kings of the Western Hockey League and Nico Hischier of the Halifax Mooseheads of the Quebec Major Junior League, the Devils will be able to add some offensive help for the team.

Shero said, “We need help at all positions, and again there are some really good players at the top of the draft. Again, looking forward to it. So, again it is a nice day.”

Patrick is the number one ranked player in NHL Central Scouting’s final standings and Hischier is the number two in the rankings of North American skaters.

The 18-year-old Patrick, missed 35 games with an upper-body injury during the past season, but still put up 46 points (20 goals & 26 assists) in 33 games with the Wheat Kings. He was unable to play in the postseason due to a lower-body injury.

NHL Director of Central Scouting added, “Nolan’s situation is part of the game, and for NHL clubs, it is a talking point in draft deliberations, it will absolutely have no negative implications or bearings on Nolan’s draft status. He has more than proven over the last three years that he is the real deal and he will be an impact player.”

The Flyers moved up from the 13th spot to the second overall spot as the Stars jumped from the eighth to the third.

The 14 teams that failed to make the 2017 Stanley Cup Playoffs, along with the newest franchise all participated in the draft lottery. The Colorado Avalanche, who finished at the bottom of the NHL standings, had the best odds at capturing the number one pick.

The Avalanche who finished with the NHL’s worst record, by more than 20 points, dropped out of the top three spots, with the Devils, Flyers and Stars claiming those spots. Devils forward, Taylor Hall, had one of the top Tweets, with “Officially adding ‘NHL Lottery Ball Specialist’ to my hockey resume.”

Hall has now been a part of a team that has had four number one selections in the draft. Five if you count himself, as he was a number one too.

The order of the first 15 picks in the 2017 draft are as follows. The 16th through 31st will be set following the Stanley Cup Playoffs.