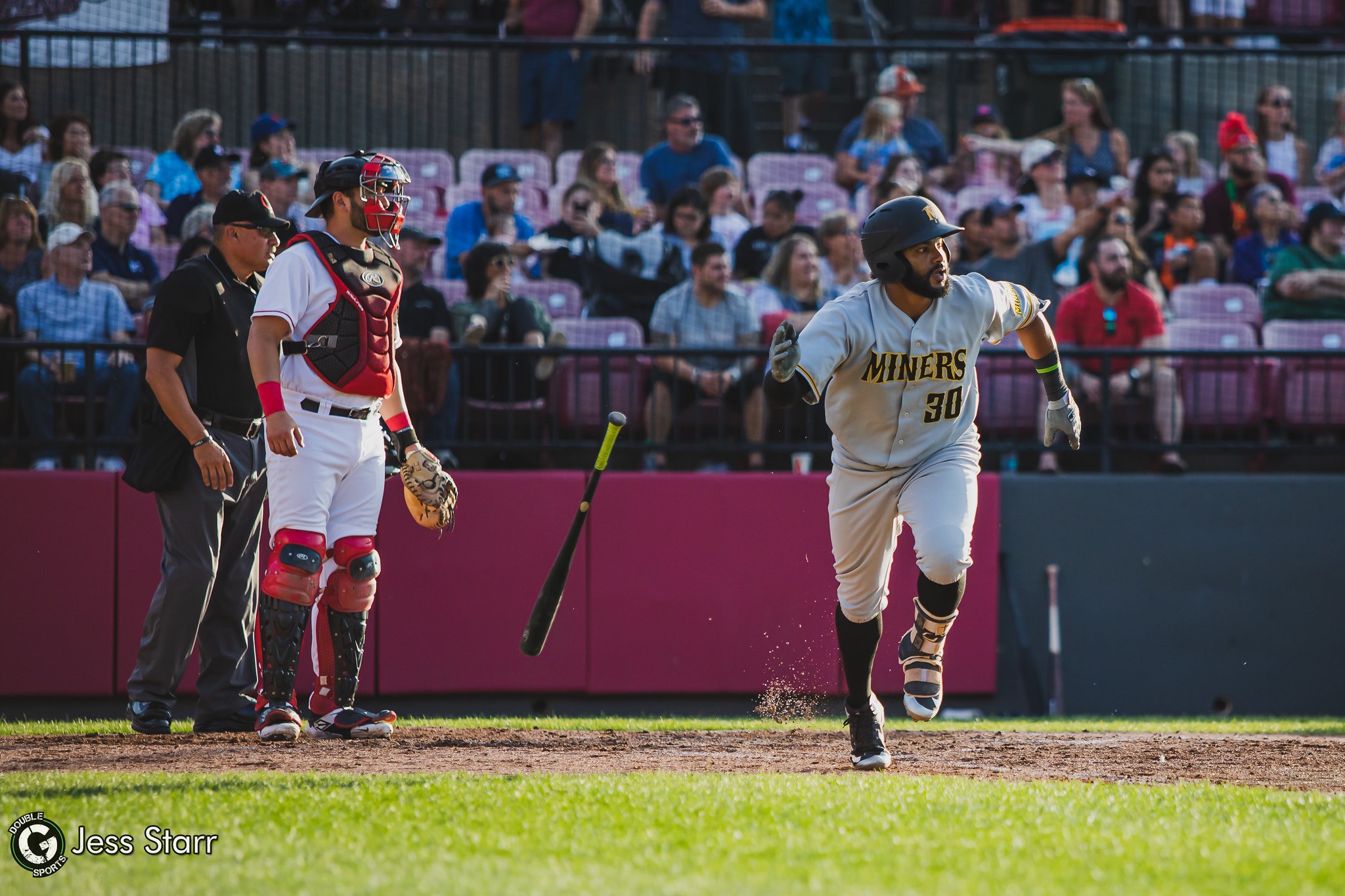 After a crazy victory in game 1, the New Jersey Jackals lost game 2 of the 2019 Can-Am League Finals as the Sussex County Miners reminded everyone why they’re the defending champions.

After their thrilling 3-2 victory in extra innings of game 1, the New Jersey Jackals were surging. They had a 1-0 series lead and all of the momentum heading into game 2 of the Can-Am League Finals against the Sussex County Miners. Unfortunately for New Jersey, Sussex County reminded everyone why they’re the reining defending Can-Am League champions.

It began in the top of the first inning when Jackals starting pitcher Eduard Reyes took the mound. Reyes jumped ahead of the Miners leadoff hitter, Breland Almadova, throwing two straight strikes for a 0-2 count. However, he fell behind in the count and surrendered a leadoff single to Almadova. It all spiraled out of control from there as Jordan Scott and Mikey Reynolds drew back to back walks to load the bases with no outs. The Miners would proceed to score three runs in the inning, one on a balk, another on a Audy Ciriaco groundout, and one more on a sacrifice fly by Trey Hair. Sussex County took a 3-0 lead before the Jackals even came to bat.

However, the Jackals would not go quietly into the sunset, specifically in the bottom of the third. Isaac Wenrich hit a leadoff single followed by a walk by Demetrius Moorer. Santiago Chirino laid down a successful sacrifice bunt to move the runners over followed by a walk by Conrad Gregor to load the bases. Alfredo Marte worked a bases loaded walk to get New Jersey on the board. Unfortunately, that’s the only run they would get as Moore was forced out at home on as Richard Stock reached on a fielders choice followed by a David Harris flyout. The Jackals would still trail the Miners 1-0.

The Sussex County Miners delivered what would ultimately be the dagger in the top of the fourth inning. Cito Culver lead off the inning with a single followed by a walk by Breland Almadova to give the Miners runners on first and second with one out. Then with two outs, Mikey Reynolds hit an opposite field fly ball that just got over the right field wall for a three run home run. Reynolds’s first homer of the playoffs extended the Miners lead to 6-1.

Eduard Reyes’s night came to an end in the top of the sixth when the Jackals went to the bullpen. Reyes finished the night pitching six innings allowing eight earned runs. Reyes began the season as the Jackals ace, pitching to an ERA of 2.83 in his first 10 starts of the season. Unfortunately, he’s struggled for much of the season down the stretch. In his last nine starts of the season, including his two playoff starts, Reyes pitched to a 6.49 ERA. New Jersey Jackals manager Brooks Carey believes fatigue played a role in Reyes’s struggles.

“He ran out of gas, I think at the end of the year,” said Brooks Carey. “He didn’t have the stuff he had earlier in the year.”

Unfortunately for New Jersey, their bullpen would not fair any better. The Miners would go on to score two runs in the sixth inning as well as two more in the seventh. Almadova drove in two with a two run single in the top of the seventh. Last but not least, Reynolds hit a solo home run, his second homer of the game, in the top of the eighth followed by another solo home run by Jose Brizuela in the top of the ninth. The Jackals would add two more runs to their total in the bottom of the ninth. However, it wouldn’t be nearly enough as the Miners won game 2 by a lopsided final of 12-3, tying the series 1-1. Despite the tough loss, Brooks Carey is not worried about his team’s moral following the disappointing loss.

“I really don’t have to tell them much,” said Brooks Carey. “We’re just gonna play. We’re gonna have a day off tomorrow. They’re gonna come out Friday and they won’t even remember this game here. This game here is done and over with and we’re just gonna start over Friday.”

Game 2 of the Can-Am League Final also turned out to be the Jackals final home game at Yogi Berra Stadium of 2019. Now with the series tied one game apiece, New Jersey will head on the road to Skyland Stadium for the final three games of the series. Game 3 will be on Friday, Sept. 13 with game 4 on Saturday, Sept. 14. If necessary, game 5 will be played on Sunday Sept. 15.