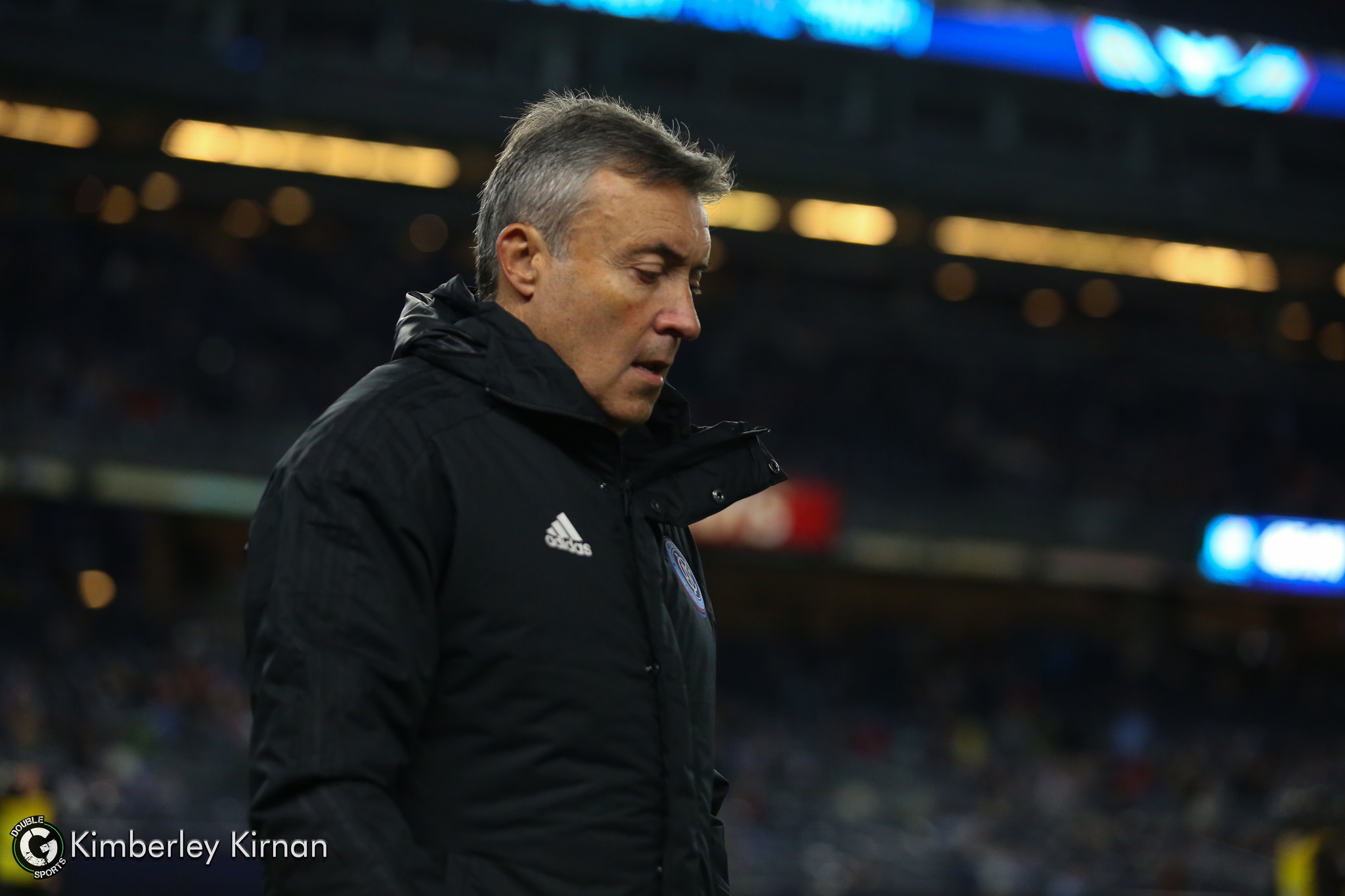 For New York City FC the imperative is to win. Torrent‘s team must immediately respond positively after the 4-0 defeat against Toronto FC. Domenec Torrent has assumed all the responsibilities for the start of the season and for the defeat by Toronto. Wrong choices, misreading of the match among the causes cited by the New York coach.

But for New York City FC it’s time to turn the page and Torrent knows it very well: “We have to fight, we have to try to win”, said Torrent. “When opponents play better than you, then you have to play with more energy, you have to be compact and win duels on the pitch. I’m sure we’ll play well, especially because we will play at Yankee Stadium, we have to win, we need to get back to winning”.

Torrent has clear ideas and to return to winning he knows he can also count on the pillars of this team like Captain Alex Ring: “He is a leader not only in the field but also in the locker room. He is a player who has a great character, he leads the whole team”.

Words also for the latest arrival in New York, Heber: “He is a good player, he is able to score many goals. He has already done some training with us, in future training I will decide if he is ready to play in the XI or in the final minutes of the game”.