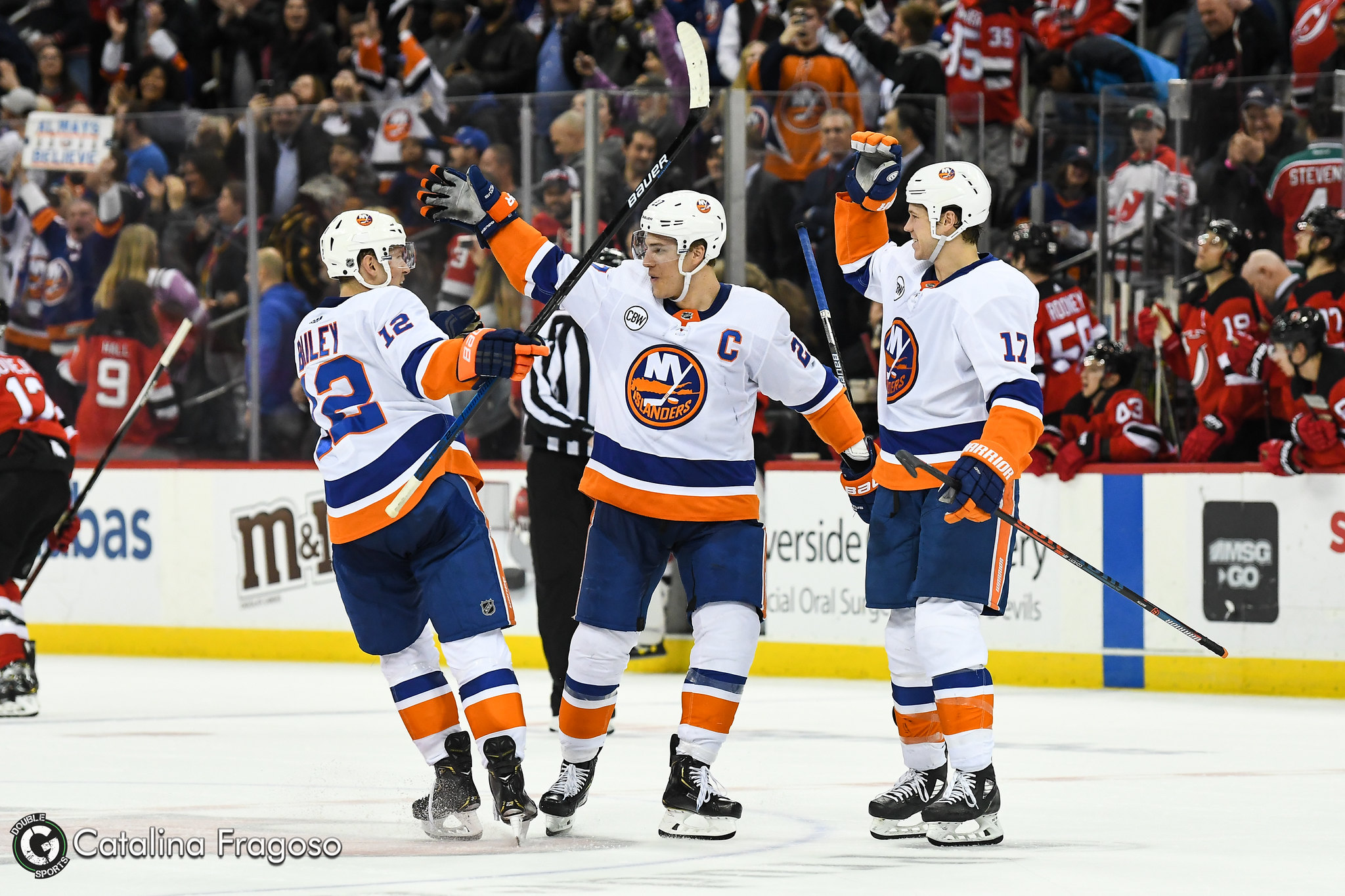 Get ready Islander fans because the playoffs are coming soon.  The Stanley Cup Playoffs start on Wednesday, April 10, with puck drop at 7:30 PM with Game 1 between the New York Islanders and Pittsburgh Penguins.

The Isles and Pens have split the season series, with each team winning once in regulation and once in a shootout.  The Islanders haven’t played the Penguins since December 10th, a 2-1 shootout loss.  Since then the two teams have gone in similar directions, the Islanders streaking through the new year while falling off a bit come March, and Pittsburgh making a surge to get in the playoffs but just sneaking into the three seed.

It’s going to be a hard fought, relentless series between two teams with bad blood and although Pittsburgh has a major advantage with multiple Stanley Cups, the Islanders have their own guys who have won in the Stanley Cup, albeit with other clubs.  Let’s break down the series piece by piece.

Let’s put it this way;  The Penguins are much more talented up front than the Islanders.  From Sidney Crosby all the way down to Nick Bjugstad, the Pens match up much better on a personnel basis against the Islanders.  However, that doesn’t mean that the Islanders are completely void of skill.

This matchup between forwards is going to come down to two things;  The first is how much the fourth line can contribute.  Casey Cizikas, Cal Clutterbuck and Matt Martin will mostly pair with either Sidney Crosby or Evgeni Malkin’s line to start the series.  They are the line Barry Trotz likes to use most often in key situations, and they’ve proven all season to be defensively responsible.  However, they’re going to need to contribute in order for the Islanders to win.  Casey Cizikas had a career high in goals this season (20) and needs to light the lamp at least twice to get things on track.

The other and more important piece is the play of Brock Nelson.  Nelson has been the Islanders’ most underappreciated player, becoming a great two way player along the way and tallying 24 goals.  He is a clutch goal scorer and he needs to be able to keep up with Evgeni Malkin and Sidney Crosby, two of the top ten players in the league.  If Nelson can at least stay even with them it bodes well for the Islanders. 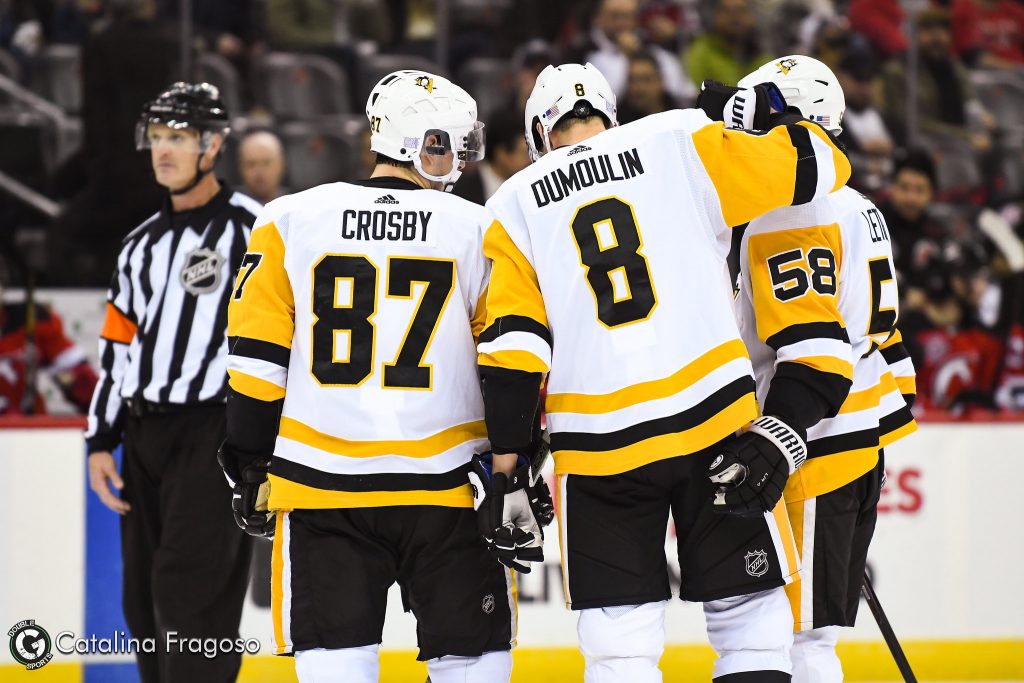 The Islanders’ defensemen may not be as experienced as the Penguins’ back end but they’ve proven all season that they are for real.  The defense helped contribute to the 196 goals against the Islanders recorded, the best in the league.  This is mostly the same group that gave up a league high 293 goals last season, the most since 2007.  Devon Toews and Ryan Pulock have been the two standouts of the group, and each time they jump up on the play they’re a danger to score.

For the Penguins, they don’t exactly have the best defense in the league, although Kris Letang is a multi-time Cup winner and Ollie Maatta has always stepped up in the playoffs.  If Letang is healthy, he’s a gamebreaker as he’s both a great defender and essentially an extra forward on the PP.  If he goes down, the Penguins are in big trouble, as they don’t much depth behind their top three.

As you probably know Robin Lehner and Thomas Greiss combined to win the Jennings Trophy, awarded to the team who gives up the least amount of goals in the NHL.  Matt Murray has struggled both with injuries and consistency, but he is a two-time Cup winner, including one in his rookie season after he took over for Marc-Andre Fleury.

The Isles PP has been one of the worst in the league, ranking 29th at 14.5%.  Their PK was middle of the road, ranking 18th at 79.9% but will look much better with the addition of Val Filppula, back in the fold after missing three weeks with an elbow injury.

The Pens PP was fifth at 24.6% and has some MAJOR firepower, with Crosby, Malkin, Kessel, Guentzel and Letang leading their first unit.  The Islanders absolutely cannot get into penalty trouble as the Pens will make them pay. Their PK is on par with the Islanders, ranked 19th at 79.7%.  They have some guys who can score shorthanded goals, so the Islanders’ inability to penetrate the offensive zone may be their downfall.

It’s no secret that Barry Trotz is the favorite to win the Jack Adams Trophy.  The reigning Stanley Cup winning coach comes to Long Island with a plethora of playoff experience with Washington and before that Nashville.  Trotz was never able to get over the hump before last season and struggled mightily when playing the Pens in the past.

Mike Sullivan is a fantastic coach and has two Stanley Cups of his own.  He is a gritty coach who gets the most out of his uber-talented team.  He is very good at matching lines and getting his top guys to play big in big moments.  He has all the experience in the world and is ready to do it again behind the Pens’ bench.

It’s going to be a knock down, drag out brawl between these two teams.  They have plenty of playoff history, including but not limited to a six game series in 2013 and the epic 1993 series between the two teams.  It also doesn’t hurt that these two are also division rivals and have some serious bad blood.

While some names and faces may not be the same, the teams still hate each other and it’s going to be a barn burner.  Most experts have the Pens winning due to their experience and offensive firepower.  However, the Islanders have played a playoff style of hockey the entire season, and that won’t stop now that the playoffs have started.