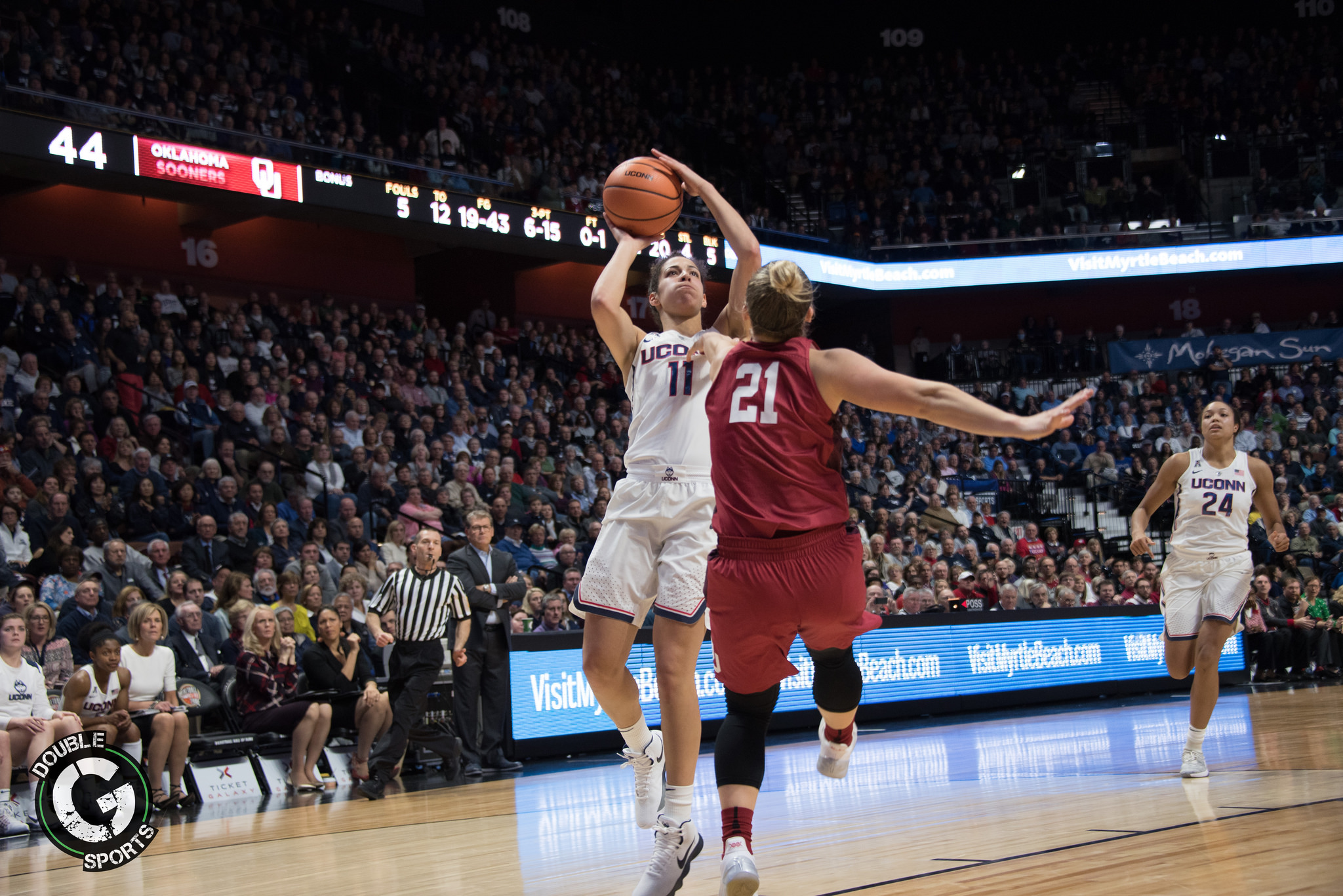 The New York Liberty didn’t get the job done in 2017. After failing to get to the WNBA Finals, the 2018 WNBA Draft was a great start to being the long road back to redemption.

Kia Nurse is the reigning WBCA Defensive Player of the Year. She averaged 13.5 points a game and shot 44.3 percent from the three-point line last season.

At UConn, she went to the Final Four in all four of her seasons and won two championships in her freshman and sophomore years.  Nurse played in the 2014 FIBA World Championship, took a gold medal at the 2015 Pan American Games and won tournament MVP at the 2015 FIBA Americas Women’s Championship — as a teenager.

Nurse joins Tina Charles, Bria Hartley, Kiah Stokes, and Kelly Faris as University of Connecticut products currently with the Liberty; she was college teammates with Stokes for the 2014-15 season which ended with a national title.

Russell was an All-American center at Tennessee, nearly averaging a double-double during her senior season at 15.3 ppg and 9.2 RPG while shooting 58.3 percent from the field. Over her four-year career, Russell averaged 11.7 ppg and 8.0 RPG, becoming just the 5th player in program history to eclipse 1,500 points and 1,000 rebounds.

She was 1st Team All-SEC in 2017-18, when she was also a finalist for the Lisa Leslie Award, recognizing the top center in the country. Russell was an Honorable Mention AP and WBCA All-American as a junior.

Liberty’s New Head Coach Kate Smith was pleased with the way the draft played out.

“With the preparation that we did, the draft played out the way we expected, and we are really pleased with our selections,” said New York Liberty Head Coach Katie Smith. “In Kia Nurse, we got a very solid, big guard who can score and comes from a great program. I think we got lucky with a 6-6 center in Mercedes Russell who is skilled and eager to prove herself, in addition to Leslie Robinson, a really talented local player coming in from Princeton.

“I think with our training camp signees, draft picks, and some of our players back from overseas already it is going to be a very intense training camp,” Smith added. “Overall I think we are going to compete and get better and that will be our goal for our first game.”