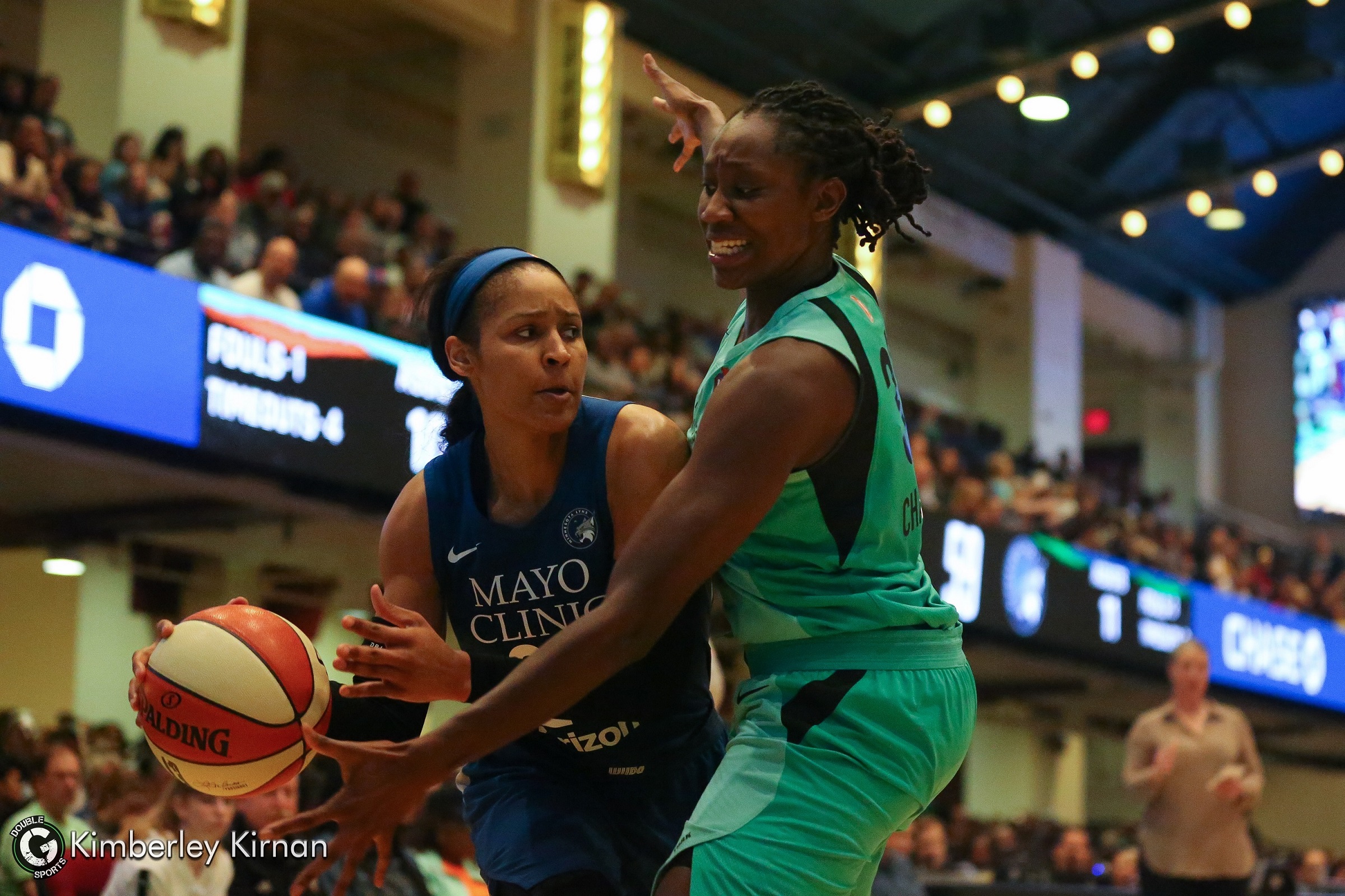 This isn’t a secret. The New York Liberty are for sale.

The Madison Square Garden Company, which has owned the Liberty since the league’s first season, in 1997, announced in November that it intended to sell the franchise. When a buyer had not surfaced by February, the company moved the Liberty’s home court from the Garden, in the heart of Manhattan, to the suburban Westchester County Center in White Plains.

The move saves millions of dollars in operating costs for the Liberty because the Garden costs nearly 20 times as much to play in as the Westchester County Center, though the Liberty will lose some revenue from sponsorship associated with playing at the Garden.

Why The Liberty Needs To Eventually Return To The City

As one of the founding WNBA teams, the Liberty deserves a bit more than what James Dolan is dishing out.

The team’s Weschester  arena is much smaller than the Garden, with maximum seating at nearly 4,500. The Liberty configured the arena to seat 2,319 fans, a size that will be used for the immediate future.

New York was fourth out of the league’s 12 teams in attendance last year, averaging 9,889 fans, although that number was a combination of paid tickets and complimentary ones.

At this rate the Liberty would be better served playing meaningful basketball games in either Brooklyn or Newark. The Garden is around a number of transportation options. In Weschester, you have to drive to the arena with limited parking or take the Metro North and walk half a mile to the arena.

Hopefully, whomever buys the franchise will consider this situation when making the purchase. If the goal is to buy the Liberty, any prospective buyer must also make returning closer to the city the primary goal.

Business As Usual For The Liberty

Before the team’s home opener last week, Liberty Head Coach Katie Smith said the concerns about the future had not affected her or her team.

“At the end of the day, when everything got clear and we knew what was happening, we still had to make sure that we go about business,” she said. “I think it was more business as usual for us. The front office might have been different. Our job was a lot of the same, just prepping, making sure we were ready whenever that time is called.”

For now, the Liberty are content with the move but are quietly looking for another move back closer to the city. If the Liberty are going to win their first championship, it will feel and look weird for that to happen in Westchester.