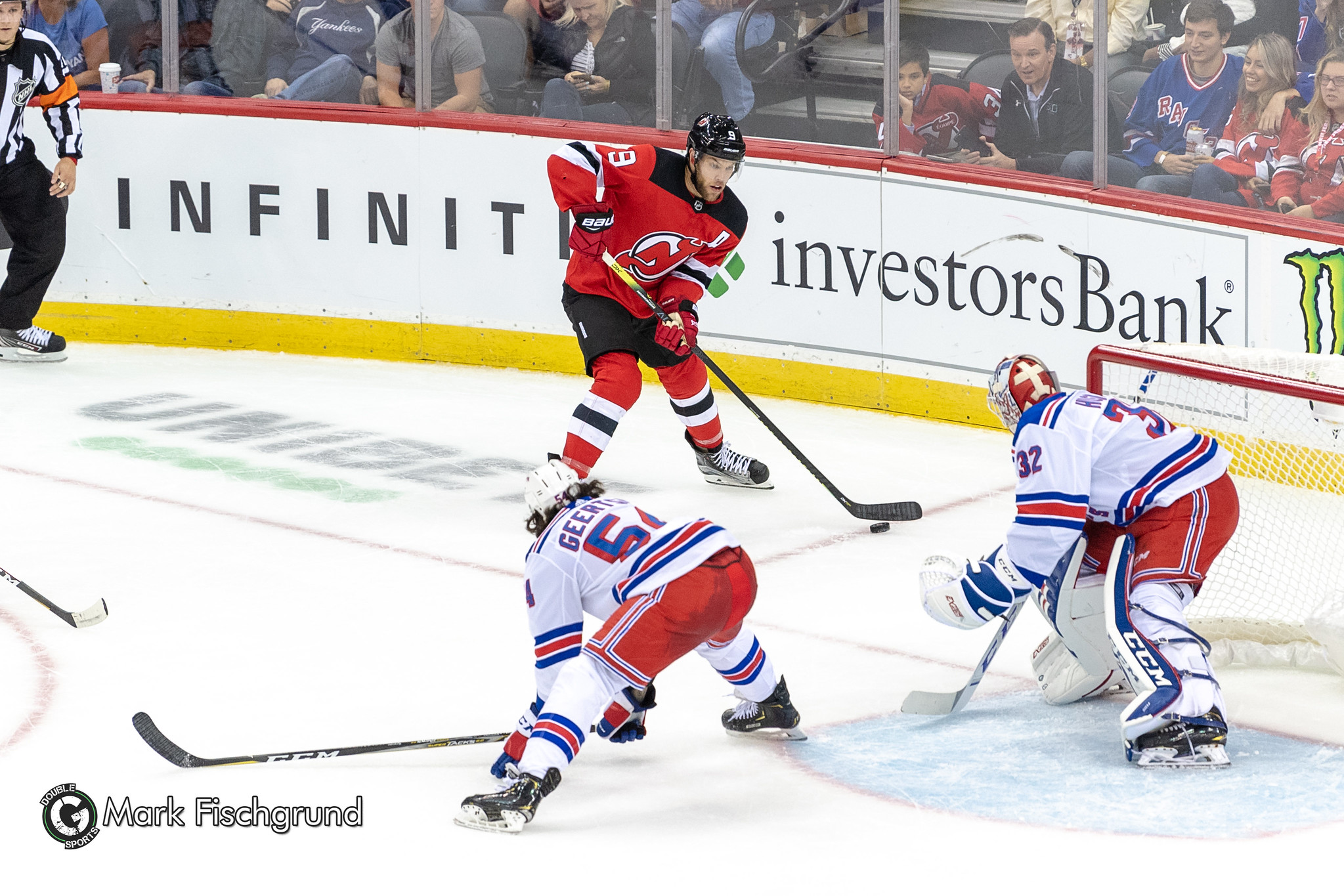 The New York Rangers first three preseason games have been all losses: 4-3 to the Devils in their first game, 4-2 to the Devils, and a 4-1 loss to the Philadelphia Flyers on Saturday.

In their third preseason match-up, the Rangers dressed a weaker line-up. Igor Shesterkin got the start in goal, while only two NHL commodities, in Brady Skjei and Jacob Trouba played on defense.

The Rangers went down by four goals, before they answered late in the third period. Defensive prospect Nick Jones broke free into the offensive zone made a move to his right and fired a wrist-shot that beat Flyers back-up J.F. Berube over his blocker. Jones may not be on anyone’s radar but he has explosive offensive ability which could help him make the team.

I take on Saturday with a grain of salt because the Flyers dressed their number-one goalie Carter Hart and an experienced line-up against the Rangers young goalie, Igor Shesterkin and Most of all the Rangers line-up was not at full strength, because it was missing their main scoring threats. Mika Zibanejad, Artemi Panarin, and Kaapo Kakko were all absent from Saturday’s preseason game against the Flyers.

Prior to Saturday’s presason game, the Rangers made four roster cuts, which included forwards Gabriel Fontaine and Patrick Newell and defensemen Joey Keane and Mason Geertsen. All four have been sent to training camp with the Hartford Wolfpack. All four players failed to stand out in the Rangers’ second preseason game where they saw the most ice-time. Keane did show some promise at the Traverse City Tournament where he set up a great goal by Matthew Robertson in the second game.

Also, Anthony DeAngelo has ended his training camp holdout and signed a one-year $925,000 contract with the Rangers. Following a 30-point season and the Rangers signing of Jacob Trouba to a large contract, it was clear DeAngelo was not going to get the long-term deal he may have wanted.

Kevin Hayes faced his former team for the first time since he signed a 7-year deal with the Flyers on July 5. Hayes scored a goal late in the first  period and that had to sting Rangers fans.

The Rangers went down by four goals, before they answered late in the third period. Defensive prospect Nick Jones broke free into the offensive zone made a move to his right and fired a wrist-shot that beat Flyers back-up J.F. Berube over his blocker. Jones has shown good energy this preseason, and I think his stock is definitely rising.

One player who has not stood out is Filip Chytil. fans were expecting big things from the 19-year-old Czech right out of the gates. The reason fans expect so much from Chytil is that he showed last year he has the ability to make end-to-end rushes and create offense on his own. So far this preseason, Chytil has struggled to produce offense while Lias Anderson has a goal this preseason. I do not expect that to continue, but for now Chytil is certainly being outplayed by his competition.

Chytil played first-line center in Saturday’s game, alongside two big wingers, Chris Kreider and Vitali Kravstov. I would consider playing Chtyil on a line with Kreider and Ryan Strome this year. Kreider and Strome are two veteran players who are two solid two-way hockey players with a lot of experience. Chytil can learn from Kreider’s game. Also, Kreider’s physical presence can create more space for a skilled puckhandler like Chtyil.

Micheal Haley has stood out this preseason, because he has three fights and scored a goal, due to the hustle of Greg McKegg, who picked Corey Scheider’s pocket and passed to Haley, who scored on the empty net on Wednesday against the Devils. Lias Andersen has shown some grit, stronger skating and he scored a goal in game one of the preseason. Look for him to make the team as the third line center.

As for the 19-year-old Vitali Kravstov, in his first three preseason games, he has looked a little overmatched by the speed of the game. Kravstov may be sent down to Hartford for the first few months of the season so he can work on his conditioning. Against the Devils in game one, he fended off a Defenseman and worked his way to the net on a breakaway. Even though he did not score, Kravstov showed off what he has to offer as a power forward.

Head Coach David Quinn described what he has seen from Lias Andersson so far in training camp.

“I think he’s more purposeful, I think he has better intentions, we’ve all talked about his conditioning, he’s a little bit quicker, a little bit faster, he doesn’t break down on his shifts as much so there’s a lot to like about his game right now.”

Going forward, as a fan I would like to see players continue to iron out their issues and get the opportunity to learn from veterans like Jacob Trouba and Artemi Panarin. Young talented players like Chytil, Andersson and Kakko should learn from these players and add valuable experience this season.