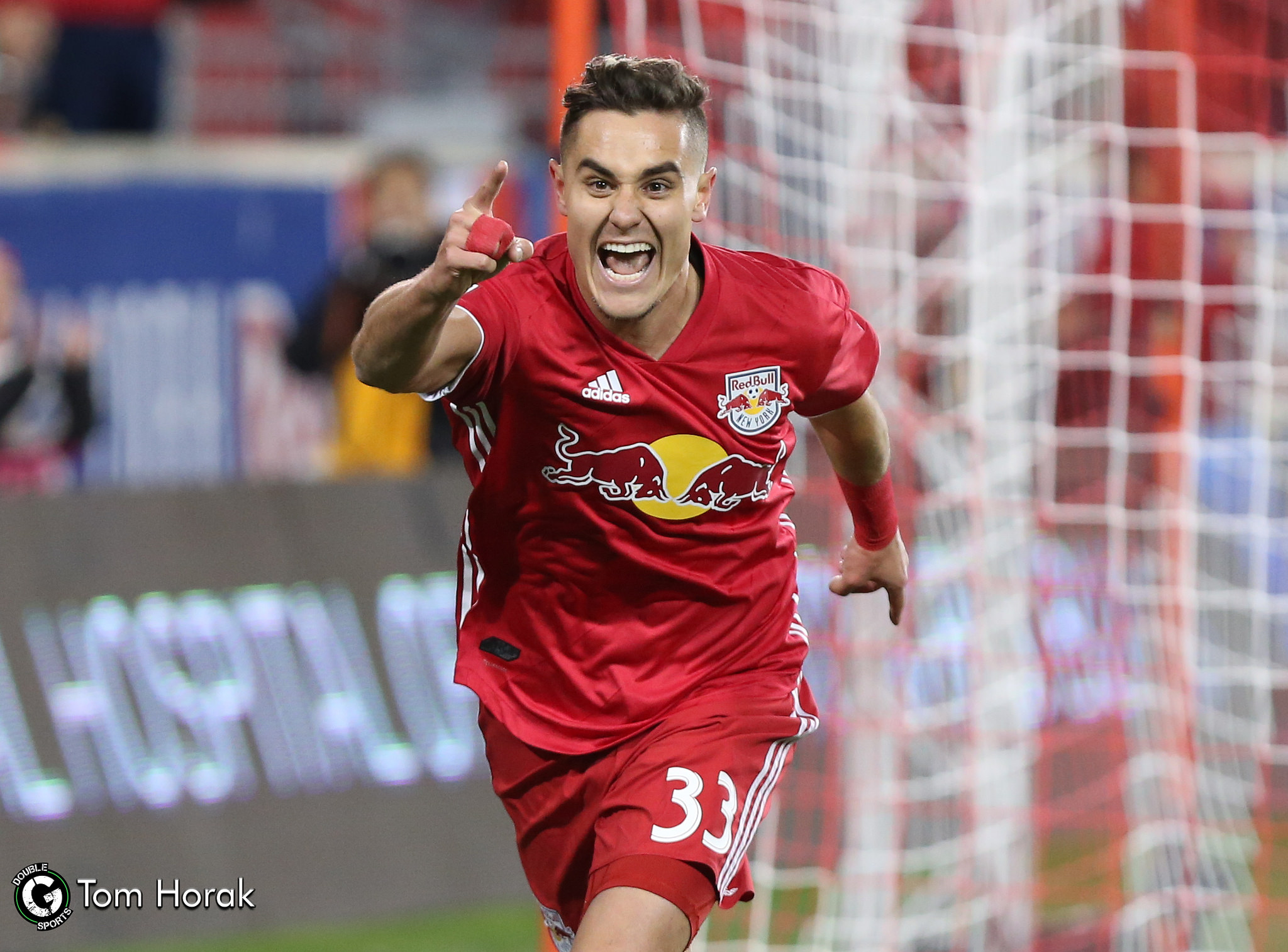 After a chilly, second leg fixture at Red Bull Arena, the Red Bulls pulled off a 3-0 victory against Columbus Crew SC. The Red Bulls came into this game down 1-0 on aggregate, after a loss to the Crew in Columbus.

They also had not beaten Columbus in the regular season and during the previous post-season match ups, making this a difficult game to watch for the fans. The two have clashed three times in a two-legged series and a fourth time in the playoffs. The last time these two met at Red Bull Arena, the Crew edged a 3-2 victory on July 28. However, statistics were in the favor of Red Bulls last night. After a loss, the Red Bulls always bounced back, with a regular season record of 5-0-2 after a loss and never losing back-to-back games.

Both teams came out ready to win the game, but showed very little intensity during the opening minutes of the game. While the team made calculated decisions, the New York Red Bulls’ Ultras were chanting in the background, supporting their team to victory. The chill air was filled with hope as the Red Bulls got closer and closer to the opposing net.

Meanwhile, the best defensive back line was showing why they are the best in the league. Both Aaron Long and Kemar Lawrence (recently named to MLS Best XI) had a blowout performance, holding down the back line and keeping a clean sheet in the process. Long showed dominance in the backfield by making strong and calculated tackles, winning possession of the ball. Lawrence was just as smart and meticulous with his defensive judgement. He won the ball in the midfield, allowing the offense to transition into a quick counter attack, catching Columbus off guard.

Not only was the defense impressive, the offensive attack was just as dominant. Daniel Royer had two goals (73rd & 76th minute) and Alex Muyl (17th minute). Royer, involved in all three goals showed canny awareness, leading the Bulls to victory and to the Eastern Conference Final. After a cross from the midfield to Royer who left it for Long, Long took a shot that deflected off of Muyl’s foot and into the net. In the second half, the team play and build up to the second goal was fantastic. Everyone was involved in the play and Royer’s touch and finish was the cherry on top the intelligent build up. Only two minutes after the second goal, Royer puts a screamer past the keeper, a nail in the coffin of Columbus’ season.

After a stellar performance, the Red Bulls now face Atlanta United in the Eastern Conference Final on November 25 in Atlanta and November 29 in Harrison.