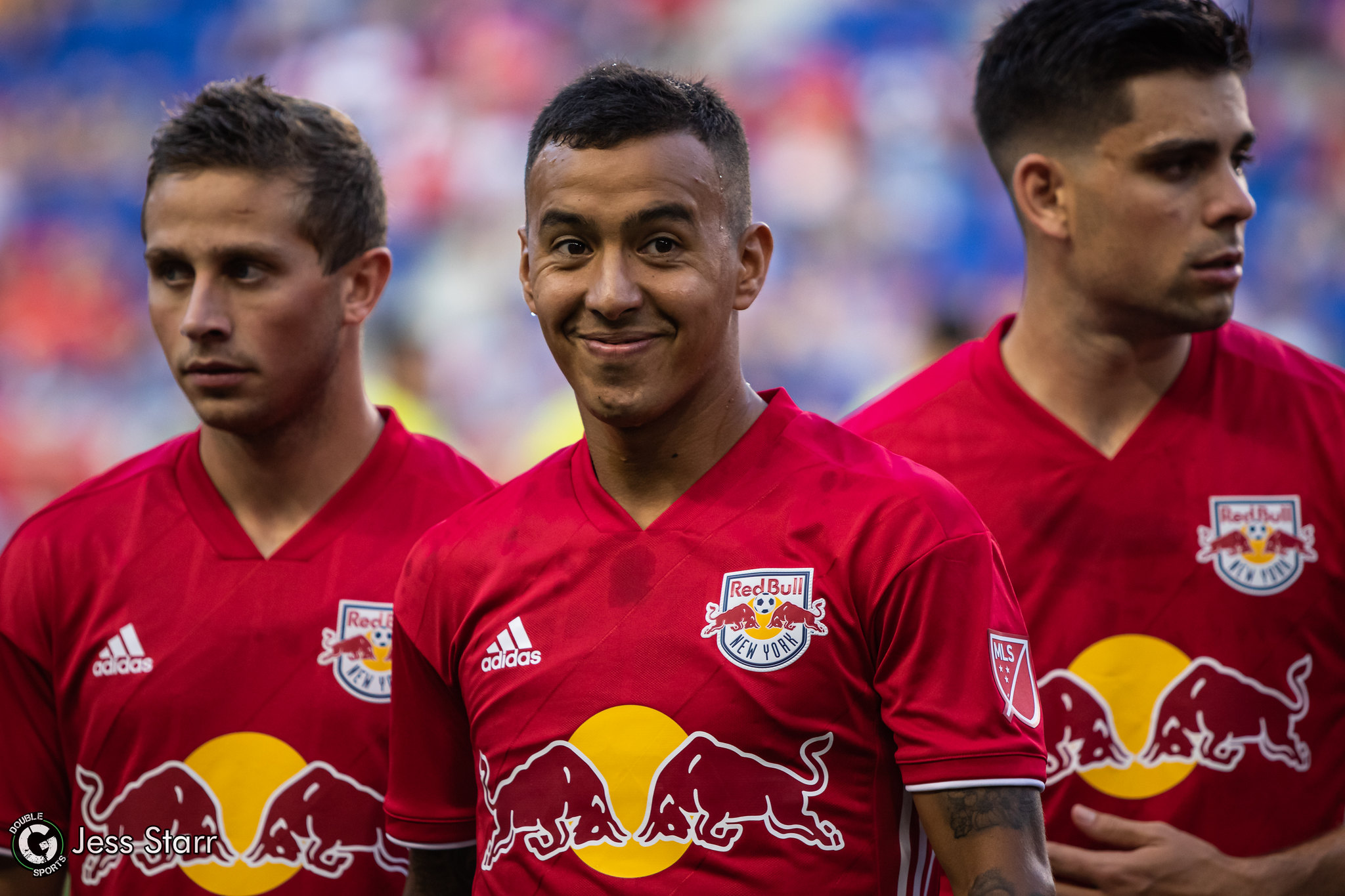 This Sunday, Oct. 20, the New York Red Bulls will travel to Philadelphia to face the Union in a single elimination game. The Major League Soccer (MLS) has adopted a first-round format including single elimination games. First seeds await the winners. The Red Bulls split the two game season series with the Union. The history behind this mid-Atlantic rivalry favors the Red Bulls who have won 14 and lost just seven games against Philadelphia.

On June 8, the Red Bulls played the Union for the first time on the road. Kaku and Brian White scored for the Red Bulls, who took the lead into halftime. Ilsinho subbed in before the second half and his two goals and one assist powered the Union to a 3-2 victory. It was a bitter loss on the road to the Union who would jump into first-place in the East.

However, the Red Bulls responded when they hosted the Union at Red Bull Arena on Sep. 22. Union goalkeeper Andre Blake turned the ball over to Tom Barlow who put the Red Bulls in front late in the first half. Forward Danny Royer scored late in the second half on a great pass from Bradley Wright-Phillips and the Red Bulls would win their final home game of the season against their first round opponents.

In his first season with the first team, the 23-year-old midfielder from Flemington, New Jersey scored nine goals and two assists.

This is not a confirmed report. According to MLS.com’s injury report for every team in the Cup playoffs, the Red Bulls have listed Brian White as questionable with an ankle injury. Union midfielder Alejandro Bedoya missed Decision Day with a quad injury. According to Joe Tansey of Pro Soccer USA, Bedoya is “aiming to return Sunday” and “participated fully in training Wednesday.”

Kaku is a difficult player to grasp. Some games he makes great plays and is responsible for creating goals, and others he gives away the ball and shows frustration. Kaku can be a big plus but I think it would almost be wise for head coach Chris Armas to ask him to work harder and worry less about being a star.

Rzatkowski has been one of the Red Bulls’ most consistent players. He is responsible defensively, works hard and is a key to the Red Bulls’ build-up play in the midfield. He works well with his teammates and was one of the best players in the Red Bulls 0-0 match with D.C. United.

Sean Davis has sacrificed going forward for a more defensive role on this year’s team. According to Dylan Butler of Pro Soccer USA, “Davis was seventh with 89 tackles and fifth with 56 tackles won” in the MLS. A homegrown player from Long Branch, NJ Davis has sat “deeper this year to allow Rzatkowski more offensive freedom…and helping the club’s more creative players.”

This season, the Red Bulls defense has been inconsistent, something they must improve in order to make a run at the MLS Cup. In their last loss to Philadelphia on June 8, the Red Bulls took a comfortable two-goal lead into halftime and lost the game.

U.S. men’s National team standout Aaron Long is one of the keys to the Red Bull defense. He is a 6’2 center back, who has great athletic ability. Long is a scoring threat on corner-kicks and a pillar of strength in front of Goalkeeper Luis Robles.

That being said, the entire Red Bulls backline that includes Full-back Michael Murillo and Kemar Lawrence. Murillo and Lawrence are good at going forward but need to clean up their act defensively. Lawrence may be a dynamic two-way player, but he is also prone to unnecessary fouls. Murillo is a skilled dribbler who is quick and agile in the attack, but sometimes struggles on defense.

The Union’s leading scorer this year was Kacper Pryzbylko. The 26-year-old was sixth in MLS with 15 goals this year. He was also third in the Eastern Conference behind New York City FC’s Heber and Atlanta United’s Josef Martinez who was second in MLS with 31 goals.

So, the question is, can this 2019 New York Red Bulls team defend well against Philadelphia’s offense which was fifth in MLS in goals scored?