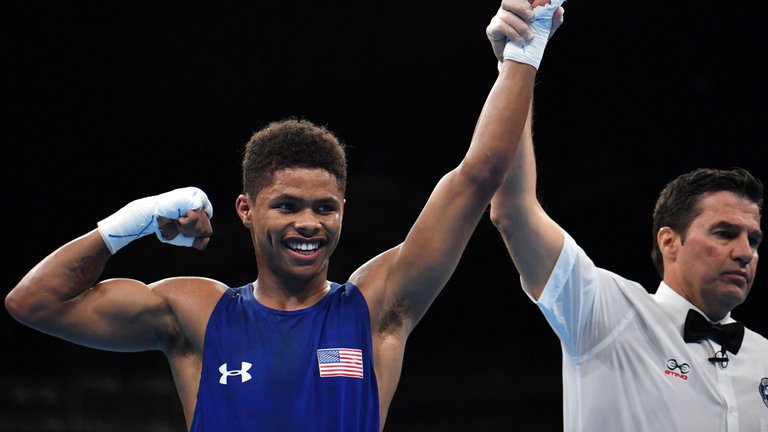 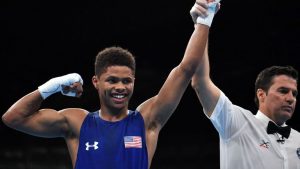 At just 19 years old, Newark-native and Olympic boxing star Shakur Stevenson has an impressive 23-1 record and a silver medal in the 2016 Rio Olympics. To top off that list? The start of his professional career and newest client of his idol, light-heavyweight boxing champion Andre Ward’s management team, along with manager J. Prince and attorney Josh Dublin.

“It is an honor and a privilege to represent this young man.  Andre, Josh and I know we have the next superstar in the sport,” said Prince in a press release. “Shakur is not only a gifted fighter, but someone that has the ability to be an icon.  Our first goal is to sign him with the right promoter.  Then, we will be with him every step of the journey toward greatness.”

As for the trio’s first goal of finding the right promoter, we may have one for you. Undefeated boxing legend Floyd Mayweather Jr. flew to Rio this past summer in search of the next big name in boxing. After seeing Stevenson’s performance in the ring, he found he was looking for.

“I see the next Floyd Mayweather,” Mayweather Jr. told NJ.com in August. “If anybody can break my records, this young kid here can do it. I truly believe in him. He did an unbelievable job, very, very good. He’s not a good fighter, he’s a great amateur boxer. Some day, he’s going to be a world champion at the professional level, at the highest ranks.”

“When I saw him at my gym, I said, ‘Who is this guy?’ I want to sign him instantly,” Mayweather Jr. continued. “I thought he was a professional. They said he was an amateur but he’s got a professional style. … He looked unbelievable.

With the biggest names in boxing behind him and his skill in the ring, Stevenson is on the path to being the next big thing in boxing at 123-pounds.

“I want to give a big thank you to my grandfather – big time – for getting me where I want to be as far as boxing and becoming the boxer I am today, ” Stevenson said in a press release. “I want to thank Coach Kay for taking me in and coaching me and keeping me in the boxing environment when I moved away from Jersey.  I’m excited for this journey ahead of me and my main goal is to be great! I know I have a great team behind me with J. Prince as the head of it, working with Josh Dubin and Andre Ward.  I know that these guys can get me where I want to be and I feel very comfortable with them behind me.  I’m so focused and I promise to put 110 percent into making sure we become great as a team and I plan on becoming one of the best boxers on the planet – which is my main goal. Now it’s on me to prove to the world that I can be just as great as the legends before me and trust me, I’m up to the task!”

Stevenson went into the gold medal finals of the 2016 Rio Olympics with a perfect 23-0 record before coming up short on a split decision against Cuba’s Robeisy Ramirez.
Post Views: 1,639
The following two tabs change content below.