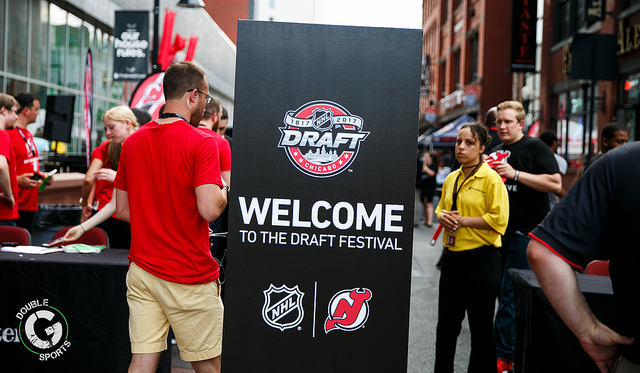 Given the state of the sporting world and society as a whole, it has become common to hear out of the box ideas to move sports leagues everywhere forward. After speaking with NHL Deputy Commissioner Bill Daly, TSN insider Pierre Lebrun first reported that the league hasn’t ruled out having the draft as scheduled this June. The draft will more than likely be conducted virtually but nothing has officially been decided.

This would be an interesting scenario for the league to move forward with the draft before completing the season. Teams have conducted trades involving conditionals picks that are dependent on where they place in the regular seasons and playoffs. Not to mention the draft lottery and the possible effect it would have on the bottom team’s chances at the number one pick. Detroit, Ottawa, and San Jose have the greatest odds to land the pick, but how would it play for teams looking to move players and shed salary now that they would have done in the offseason? The draft often is a place where blockbuster deals and player movement happens in the NHL. Would the league still permit teams to proceed as though it were making deals when the offseason was in effect?

While we’re at a time that possesses more questions than answers, it’s important to understand that virtually nothing is out of the question for the NHL to decide on what to do. Will players, team executives, and fans be one-hundred percent happy with what outcome the league decides? No, but keep in mind that the same people who will be complaining about the changes now were probably the same ones that we’re complaining about the league format before the stoppage. As long as the fans and players alike are able to get some sort of hockey that begs the question, isn’t getting some altered version of the NHL better than no NHL at all?

Will it be perfect if the league chooses to conduct the draft before the season and playoffs end? No. It will, however, make for an interesting series of events to follow, especially if the league decides to have the same rules in place as it would during the normal offseason period. This would essentially create a second trade deadline period midseason where teams can look to add key pieces for playoff runs that they otherwise wouldn’t get a chance at. Imagine a team like the Rangers, who need more depth at forward outside of their top six to make a push, getting a chance at a wild card spot or a team like Toronto, who desperately needs more defensive help, a chance to pick up d-man or forward that gives value on that end of the ice.

In other words, be patient hockey fans. Accept the fact this won’t be perfect no matter what the NHL decided to move forward with but ask yourselves this. Which is better? Some hockey or no hockey at all?