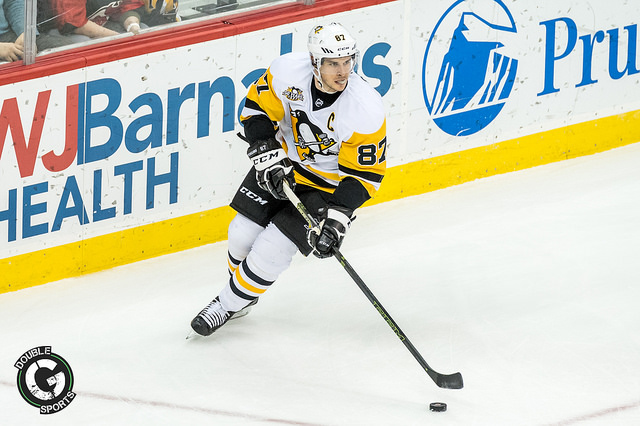 Approximately seven weeks ago, 16 teams embarked on a grand journey. Eight teams from the two conferences began their quest for the Holy Grail of hockey. Now, on Memorial Day 2017, two teams remain. The Nashville Predators invade Pittsburgh to take on the Penguins for a chance to hoist Lord Stanley of Preston’s favorite champagne chalice.

For the Penguins, they have been here before – and recently; the Pens are defending Stanley Cup Champions. But for the Predators, this marks the first time the franchise has ever made it to the Finals. In fact, before defeating the St. Louis Blues in six games, the Preds had never been to the Western Conference Finals either. Thus, experience in handling the massive momentum swings could play a major factor at the grandest stage. The late Yogi Berra was talking about baseball being 90% mental (and the other half being physical); if that’s the case, hockey players have got to be completely mental. Jim McKenny was onto something.

Forget experience for a second. Forget veteran leadership for a moment. They say youth wins cups. Well both squads boast some talented youngsters. For the Pens, Jake Guentzel leads all players with nine goals. The 22-year old has a total of 16 points. For the Preds, Colton Sissons, 23, had the game of his life in Game Six against the Ducks where he picked up the hat trick and scored the series-clinching goal to send the Preds to the Finals. Sissons has five goals and the same in assists thus far.

What has made the Predators so successful in the tournament is that the team has seen offensive contributions from both the forwards and defensemen. While Ryan Johansen is out for the remainder of the series, guys like winger Filip Forsberg and defenseman Ryan Ellis have contributed to the play. Forsberg has 15 points so far while Ellis leads all remaining defensemen with 11 points.

Preds will need to continue to see production from all positions in order to compete with the overwhelming attack of the Penguins. While Ellis has 11 points, the Pens’ Justin Schultz has ten. And there are several players above him in points totals. Guentzel, as mentioned before, is contributing his youthful energy to the team. But above him are Phil Kessel (19 points), Captain Sidney Crosby (20 points), and Evgeni Malkin who leads all players with 24 points. The Pens have this ever-important veteran presence.

Likewise, the Penguins lead all teams with 3.05 goals per game and a 25% power play success rate. Kessel alone has five power play goals. The Preds have a scoring rate of 2.94 goals per game, but severely lack the success the Pens see on the man-advantage with a measly 14.9%.

But while the Preds are overmatched up front, they will be able to compete with a terrific defensive core. Roman Josi and P.K. Subban lead all players remaining with an average time on ice of 25:56 and 25:52, respectively. Likewise, the Preds penalty killing rate is better than that of Pittsburgh, 88.1% compared to 85.5%. To win the Stanley Cup, it helps to have a terrific power play, but an impenetrable PK is essential.

As a last line of defense, the Predators are very confident in Pekka Rinne who has been consistently outstanding all postseason. Rinne boasts a 1.70 goals-against average and a save percentage of. 941, with two shutouts, both in the first round against the Chicago Blackhawks. Rinne has been far and away the best player on the ice for Nashville.

The Penguins began the tournament with Marc-Andre Fleury in net. But after a poor start in which he let in four goals in leads than 13 minutes against Ottawa, “The Flower” was pulled instead for Matt Murray. Murray stepped up huge last year to help the Pens capture their fourth Cup in franchise history. In five games and four starts, Murray has been terrific, posting a 1.35 goals-against average and a .946 save percentage. He even has one shutout. But for how long will Murray hold onto the best stats in the playoffs? Will Murray go cold after sitting the first two rounds or will he remain hot?

Preds’ Head Coach Peter Laviolette is making his third appearance in the Stanley Cup Finals, having won in 2006 with the Carolina Hurricanes, and losing in 2010 with the Philadelphia Flyers. Pens’ bench boss looks to win two in a row, as the franchise did in 1991 and ’92.

My prediction: offensively, the Penguins have a clear advantage. Young guns, veterans, and old-timers alike are finding the back of the net (37-year old Chris Kunitz became the oldest player to score an overtime goal in a game seven on Thursday night to send the Pens to the Finals). Nashville does have perhaps one of the best defensive corps. in the league right now, and Rinne is playing his best hockey in years.

Preds’ Captain Mike Fisher is back from injury and will need to lead the squad by example with gritty work while remaining disciplined in staying out of the box. The Preds can expect to spend a lot of time in their own zone. While Rinne and the defense have done a great job thus far, giving Sid and the Pens that much time and  an abundance of scoring chances will prove to be fatal. Pens will hoist the Cup for the second consecutive year, and it will take five games: Pens in five, in the Steel City.