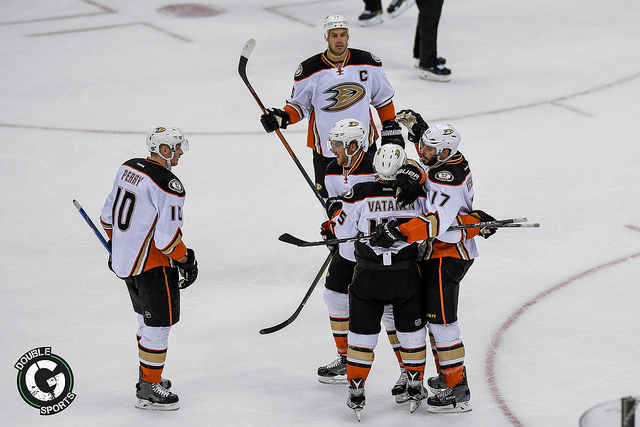 We have made it to the halfway point in the grueling springtime hockey tournament! But for the players looking to keep their cool on the ice, the weather is only getting warmer, and the competition is only getting more intense. Sixteen teams were blessed with the privilege to play more than 82 games this season. Unfortunately for them, out of the four that remain, only two will move on to the Finals.

In the Western Conference, the Nashville Predators have waited patiently for their WCF opponent to be ascertained. The Preds have shocked everyone in the hockey world first by sweeping the powerhouse Chicago Blackhawks. Nashville further proved it was not messing around when the Preds made St. Louis sing the Blues after six games. And for the first time in franchise history, Nashville will compete in the Western Conference Finals.

The veterans of the Anaheim Ducks withstood the up-and-coming Edmonton Oilers. Everyone presumes that the Oilers will dominate the league for at least the next decade. 28 other teams thank the Ducks for their efforts in staving off the ushering in of the McDavid era for one more year.

But, no good deed goes unpunished. The Predators’ defensive squad – Ryan Ellis, Roman Josi, P.K. Subban, and co. – have been a major part of the success for Nashville. Opponents will not get the job done by simply shutting down the offensive weapons from Ryan Johansen to Viktor Arvidsson. Ellis and Johansen lead the Preds with nine points each, symbolic of the contributions from the team as a whole. Add in a resurgence from netminder Pekka Rinne and that is what has given Nashville the ingredients to be successful this far. Forget “Dark Horse;” you can’t hide how well they are playing when their jerseys are as bright-yellow as they are.

The Ducks finished off the regular season strong and that moment carried over into the postseason. Like the Preds, the Ducks completed a sweep of their first round opponent, the Calgary Flames. However, the Ducks went down 2-0 against the Oilers, came back with three wins in a row, and then lost (more like crushed) decisively 7-1 in Game Six to allow Edmonton to force a seventh game.

The Ducks last won the Stanley Cup in 2007, and Ryan Getzlaf and Corey Perry had not forgetten the elation he felt back then that he wants nothing more than to emulate again ten years later. Getzlaf leads all Ducks with 15 points, while Jakub Silfverberg is behind him with 11 of his own. Corey Perry has come up with some big goals of his own, while all four lines continue to roll.

But like the Preds, Anaheim boasts a strong defensive squad as well. The blue line group has demonstrated a nice balance of offensive production and hard-hitting defense. The defense must continue to perform with no margin of error if they want to mask the obvious goaltending mismatch. John Gibson has been average this postseason posting a 2.80 goals-against average and a save percentage of .908. He has no shutouts.

On the other hand, Rinne has been stellar for the Preds. He leads all starting goaltenders with a 1.37 goals-against average and a save percentage of .951. The 34-year old has two shutouts, good for the postseason lead.

My prediction: While Getzlaf’s leadership has proven ever important for the Ducks in the postseason, Pekka Rinne has been absolutely stellar. The Ducks have also been victim to more goals against than they would like. So while, the series could be low-scoring, as both defensive squads are outstanding as well, the lack of scoring is going to benefit Nashville more than it will Anaheim. Ducks may fly together; but together, they will eventually succumb to their Predators’ appetite. Nashville in six.