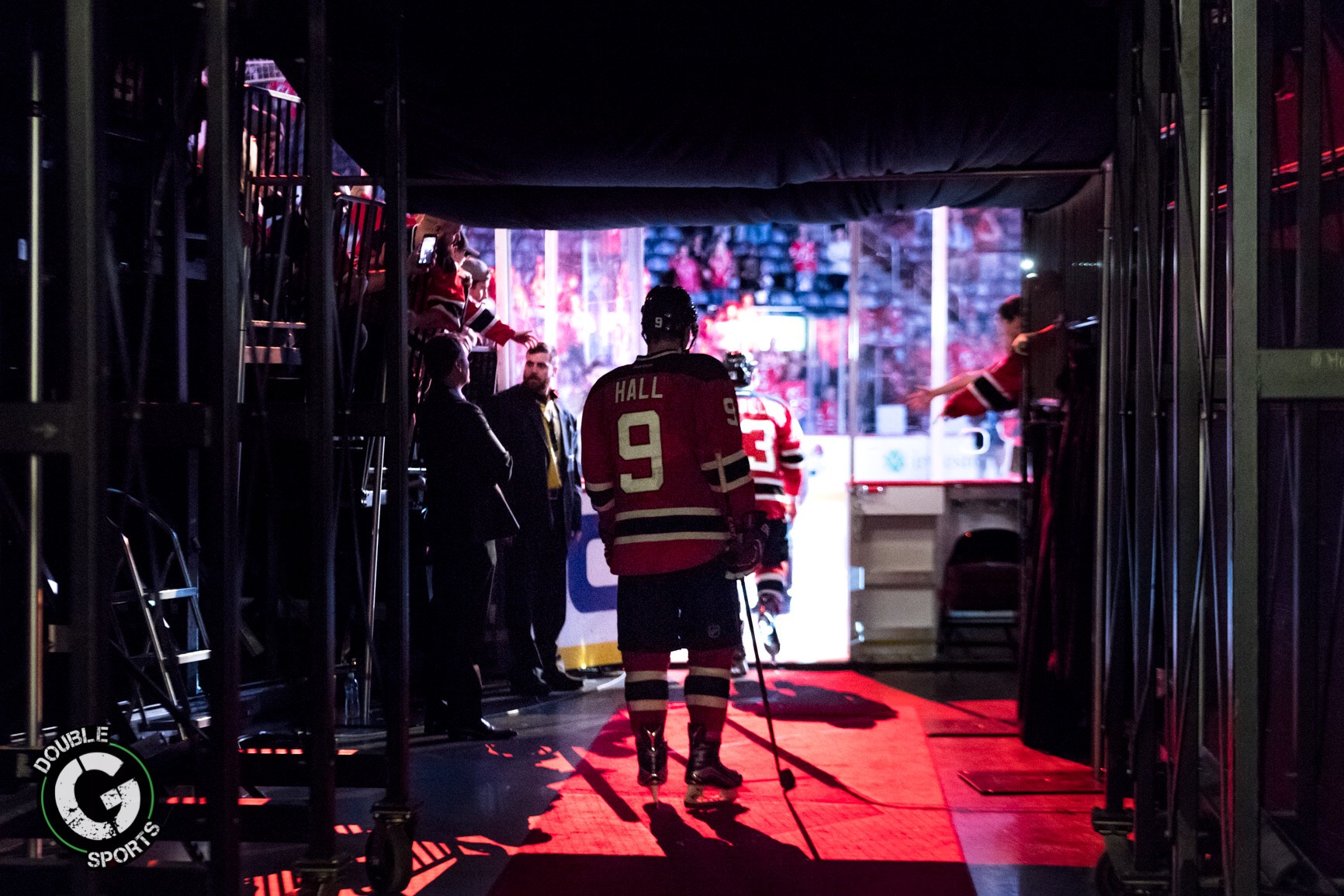 New Jersey will take on Stanley Cup favorite Tampa Bay in the quarterfinals.

How the Devils became #NJDvsEverybody

Most people would take the high road and say, “I’m not going to say I told you so”…but I am not most people.  Last season, I sang the praises of Ray Shero and John Hynes.  I said give them some time because they were building the team they wanted.  They needed to basically “clean house” from the previous regime.  Even when the Devils finished miserably, I put my faith in Hynes.

At the draft I stood in the alley with the Devils Army patiently waiting to see who would get the first pick.  I, like most, thought Nolan Patrick would be wearing Devils red.  However, the unexpected move of picking Nico Hischier first sent a slight panic through fans, wondering if Shero actually knew what he was doing.

At the start of the season, the Devils were labeled a rebuilding team and quickly dismissed by everyone.  That however was just fuel to their fire.  The Devils went on many a tear and quickly became the team everyone was watching.  Now, the New Jersey Devils are someplace they haven’t been since 2012, the Stanley Cup Playoffs.

Shero is a Playoff Architect

Often, I pull from the fact that Ray Shero is partly responsible for the Pittsburgh Penguins championship teams.  He is also partly responsible for another successful franchise, the Nashville Predators.  Shero knows how to build a team.  He knows how to pick young talent and trade/bring in talented players.  He really is a championship architect.  Shero comes into an organization, finds the structural problems and rebuilds.

Shero, coupled with Hynes, to me is very reminiscent of Theo Epstein and Terry Francona.  I have made this comparison in the past, but it seems to have come to fruition.  Hynes and Shero took a team that no one paid any mind to and brought them to the playoffs.  While I am not certain they are going straight to the Stanley Cup this year, I don’t think it will be long off.

The eternal optimist in me wants to believe the Devils are the scrappy underdogs who will hoist that cup over their heads this June (selfishly on the 14th cause it’s my birthday).  The hockey writer in me knows getting out of the first round will be a challenge this team has not faced, and they might falter.

Then there is the Jersey in me.  New Jersey is often looked at as NYC’s step-sibling and made to feel unimportant.  We are relentlessly made of fun of.  But that makes people from Jersey tough.  We stand up for ourselves and we win.  We win when no one thinks we will.  I see that New Jersey spirit coming through in this team.  Everyone has counted them out time-and-time again.  And in true New Jersey fashion, they aren’t supposed to be here (points to those of you who get that reference).

The Devils have adopted to mantras for the playoff season, #NJDvsEverybody and #NowWeRise.  Both speak to their underdog status going into the 2018 playoffs.

First Round vs. Tampa Bay Lighting

Tampa is the odds-on favorite to win the Stanley Cup.  Many analysts are treating the first round as a formality with the Lighting easily beating the Devils.  They state that even though the Devils won the season series against the Lighting 3-0 they still won’t beat them in the playoffs.  The Lighting have an experienced playoff team as well as names like Stamkos, Kucherov, and Miller.  Their record this season put them first in the Eastern Conference and with the third-highest point total in the entire NHL.

While this is all true, the Devils still beat them in each meeting this past season.  They also took the season series against the defending Stanley Cup Champions, the Pittsburgh Penguins 3-1.  In a way, I would actually say the Devils play to their opponent.  When they play a top team, their compete level is comparable and they often win.

I believe this series will go to 7.  And I think the Devils will surprise a lot of people.  I think the odds of the Devils beating Tampa is about 40% at this moment.  I might change that prediction after game 1 once I see how they play in that type of stress.

While the Devils have the drive, they are young.  There are some seasoned vets who have playoff experience like Grabner, Zajac, and MoJo but this is still a fresh team.  This team does work well together and knows how to grind out wins.