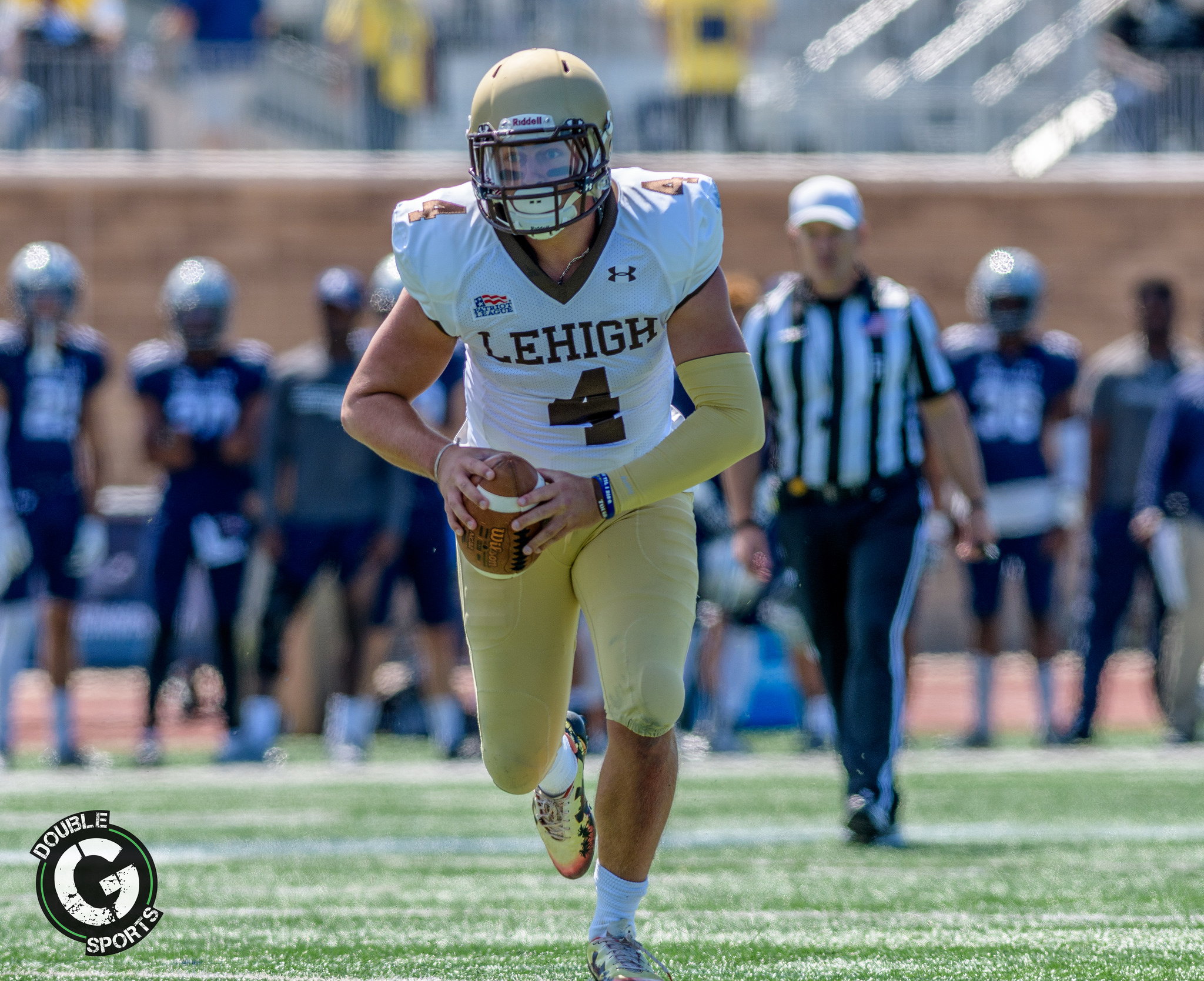 No. 12 ‘Nova knocks off Lehigh

On an unseasonably chilly and overcast early September afternoon, the Lehigh University Mountain Hawks hosted the #12 ranked Villanova Wildcats. This yearly rivalry between regional football powers has been slanted in Villanova’s favor lately with the Wildcats winning the last six contests.

After trading early punts, the Mountain Hawks secured the first turnover of the contest with a Keith Woetzel interception at the Lehigh 38. The Mountain Hawks mounted a 14 play-58 yard drive ending with an Ed Mish field goal to take an early 3-0 lead. Unfortunately for the 5000-plus Lehigh faithful, the early scoring drive was the high point of this contest.

Lehigh never found its rhythm offensively. There were no running lanes for Mountain Hawk running backs, and after QB Brad Mayes found early success with the short passing game, Villanova’s defense stiffened. Midway through the second quarter, Lehigh’s offense took a major hit with all-time leading rusher Dominick Bragalone leaving the game to be evaluated for a head injury. He would not return.

Lehigh would be held scoreless until the 4th quarter, while the Wildcats ran off 31 consecutive points to take a commanding 31-3 lead. Lehigh managed to mount an efficient 67 yard drive late in the 4th quarter to close out the scoring. Although the Mountain Hawks came out on the wrong end of the 31-9 score, there were upsides to their performance.

Lehigh has a tough road schedule the next few weeks. The Mountain Hawks face off against Navy next week, followed by visits to Ivy League stalwarts Penn and Princeton, before returning home October 13 to face off against Patriot League foe Fordham.