Not Much High-Fiving Going On In Lakewood Lately. BlueClaws Drop Fifth Straight. 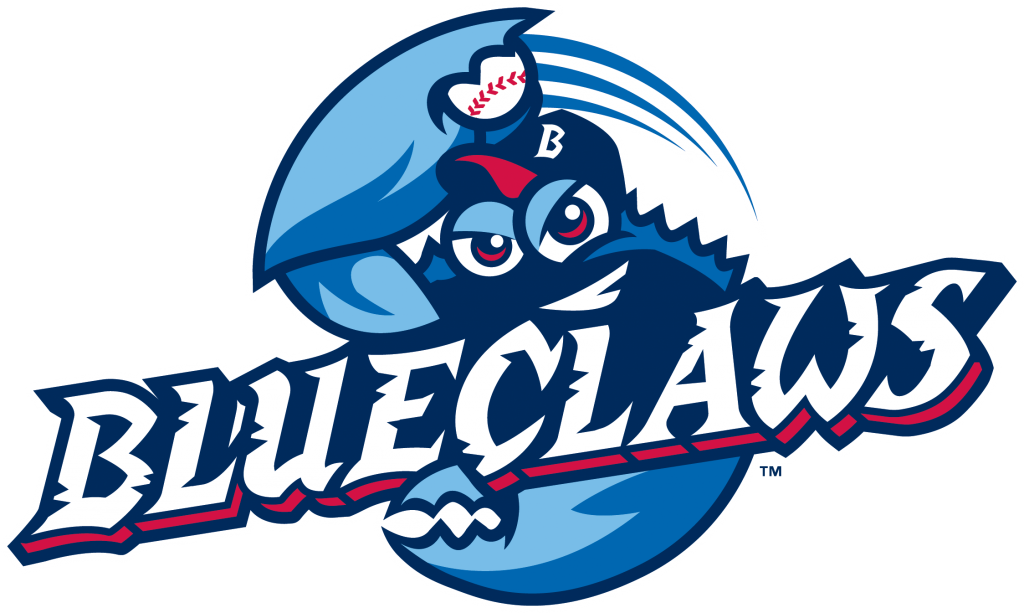 There is a tradition at FirstEnergy Park, home of the Lakewood BlueClaws, the Philadelphia Phillies’ low Class A team which competes in the South Atlantic League. When Lakewood wins, team workers high five fans as they file out of the facility. However, there have not been many high fives lately.

Lakewood suffered its fifth straight loss, falling to the Hickory (N.C.) Crawdads 7-2 on Saturday night in front of 6,433 patrons. The BlueClaws (20-35) are at their low water mark of the season. They are last in the Northern Division.

Despite the losses, manager Shawn Williams said he has seen improved play from his team.

“We’ve gradually gotten better over the course of the year,” the second-year manager said. “We’re definitely in double digits (6-11) in one-run losses. We have fought and come back and have won some one-run games. We have a long season still to go. The guys are getting better and improving and better things are going to happen.”

The defense did in Lakewood on Saturday night when a fielding error by third baseman Jan Hernandez with one out led to three unearned runs in the top of the first inning.

The Crawdads’ first baseman, Dylan Moore, plated the initial run with an infield out and left fielder Eduard Pinto followed with a two-run, two-out double to right center on a 1-1 offering against losing pitcher Jose Taveras (2-4).

“The only way for a pitcher to get better is to go through those situations,” Williams said. “When a guy makes an error, it is not a big deal. It’s a part of the development of a young pitcher (Taveras is 22).”

Hickory, a Texas Rangers farm team, extended its lead to 4-0 in the third on a home run to left field by second baseman Andy Ibanez. The Crawdads (32-23) pushed their lead to 5-0 with two out in the fourth when designated hitter Frandy de la Rosa blooped a 2-0 pitch for a run-scoring, two-out double to left. Ibanez stretched the lead to 7-0 with his second homer of the game, a drive that hugged the foul line as it sailed over the left-field fence with none out in the fifth off Taveras.

Lakewood scored its runs with one out in the sixth on an RBI triple to right-center by shortstop Emmanuel Marrero and an RBI single up the middle by second baseman Josh Tobias.

The BlueClaws managed just four hits through six innings off winner Peter Fairbanks, drafted on the ninth round by the Texas Rangers in 2015. Fairbanks (3-2) allowed two runs (both earned), struck out six and walked none. He owns a 4.47 earned run average.

“Strike one was the biggest thing,” Williams said. “He threw first-pitch strikes and was real aggressive with his fastball. He threw his slider and kept us off balance.”

NEWSY NOTES: Lakewood outfielder Cornelius Randolph, sidelined by a shoulder injury, has appeared in just 12 games, batting .240 (12-for-50) with one home run, five runs batted in and seven runs scored. The Phillies drafted Randolph 10th on the first round last June. Philadelphia signed Randolph, who is in extended spring training in Clearwater, Fl., for $3,231,000, the full value of the 10th slot, according to CSNPhilly. It is not known when the former Griffin High School (Ga.) star will return to the lineup.

“Good question,” Williams said. “Not anytime soon. He has a rear lat muscle strain in his left non-throwing shoulder. He hurt it on a check swing over s month ago. We definitely miss him, but a lot of guys have stepped up and done a nice job.”

The Blue Claws entered Saturday night’s game fourth in the 14-team league in batting (.259) and 13th in earned run average (4.50). … Lakewood outfielder Jose Pujols entered the game in a two-way tie for first in the SAL in homers with nine. … Lakewood outfielder Jiandido Tromp was fifth in the league in doubles (15). … Teammate Robert Tasin, a reliever, was first in the league in games finished (19) and appearances (22) while teammate Luke Leftwich was fourth among SAL pitchers in strikeouts (61). … Taveras was second in WHIP at 0.85. … Taveras limited hitters to a .182 batting average for third in the league. .. A total of 69 former BlueClaws have played in a major-league regular-season game.

WILLIAMS HAPPY: Williams said he enjoys managing the team. “I love it here,” he said. “There are awesome crowds and there is a great atmosphere. The ballpark is outstanding. It’s a very nice field.”

PACKING ‘EM IN: Lakewood opened the season having drawn 6.41 million fans to FirstEnergy Park for regular-season games. It passed the 6.5-million fan mark May 22. Entering Saturday night’s game, it was second in the league in average fans per game (4,868) and second in total attendance (121,693).