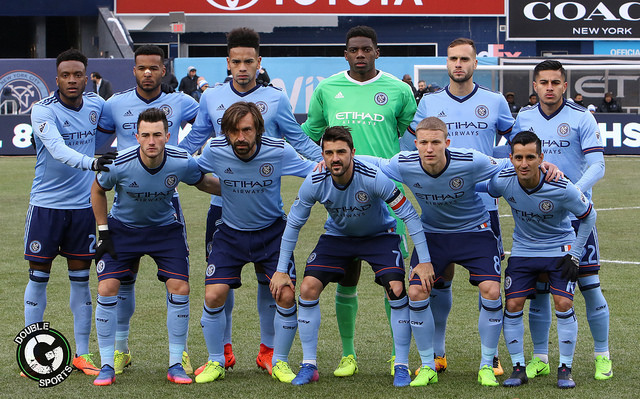 New York City FC’s US Open Cup campaign was put to an end with Wednesday’s loss to the Red Bulls. NYCFC had two opportunities to strike first against their rivals in the first installment of this season’s New York Derby; midfielder Tommy McNamara and captain David Villa hit the goalposts late in the first half.

Head coach Patrick Vieira did not hesitate to point out his club’s early chances. “We are frustrated because we believe that if we scored the first goal, the game would have been different.”

New York City looks to fix their mistakes this Saturday, when they take on the Seattle Sounders, who defeated the Portland Timbers in the fourth round of the US Open Cup. Seattle has won four of their last five. The Sounders are currently sixth in the Western Conference tables, tied with the Vancouver Whitecaps for fifth.

The Sounders played six of their second-team players. Aaron Kovar and Zach Mathers both scored in the club’s 2-1 win. Kovar, one of Seattle’s homegrown players, could see more action against New York City.

It is not known if Clint Dempsey will be available prior to Saturday’s match. He has been practicing with the U.S. Men’s National Team, as they have been playing in World Cup Qualifying matches.

Maxi Moralez is a key set-up man to keep an eye out for against the Sounders. Moralez had two shots against the Philadelphia Union, on June 3rd, and has been a strong playmaker. In the past two MLS (non U.S. Open Cup) games, Moralez has assisted on goals scored in both games.

Saturday’s match will be the only match played this season between the two clubs. This match against Seattle will be broadcasted live on ESPN with kickoff set for after 1:00 pm

Vieira Went For It, But The Losing Streak at Red Bull Arena Continues for NYCFC
Three Things to Expect As NYCFC Faces Off Against the Defending MLS Champion Seattle Sounders