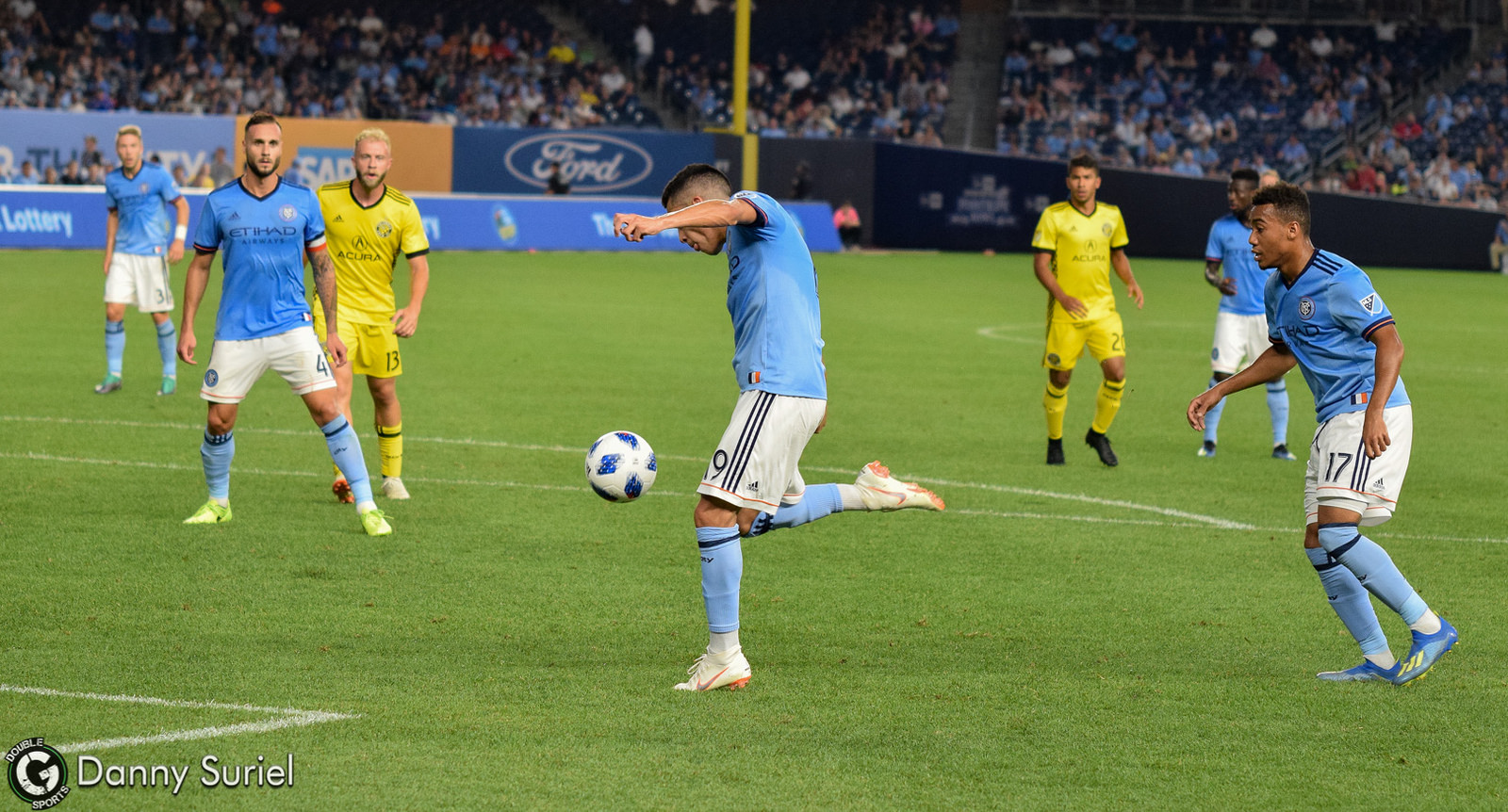 On Monday, NYCFC held an open practice at Yankee Stadium. The boys in blue seemed to have a lot of fun getting the opportunity to practice at their home turf, in preparation for Wednesday’s game against the Philadelphia Union.

Jesus Medina discussed how he and his teammates are preparing for the challenge ahead.

“First we have to play well and then everything will fall into place,” he said. “Me personally, I try to do things well, I try to find ways to make things better make sure we have a good game.”


“I’m in a good position to play and we have been going through a lot of training that I believe will help us perform well,” continued Medina. “Yesterday’s (Sunday) game was good for us and it was important for us to gather confidence. We gotta make sure we do the same thing we did yesterday and we have to make sure we keep going strong like we did yesterday‘s game.”

Medina was referring to NYCFC triumph against the Union on Sunday and beating them 3-1, and in turn acquiring the third seed for playoffs.

“Right now we are resting and we’re trying to think about our mistakes and how we can improve upon them and keep them from happening again,” said Medina. “We wait for these times (playoffs) because these times are decisive that will say a lot about you personally and also as a team.”

The game on Wednesday is part of four knockout round matches that will be played. If the boys in blue falter, the season will be over. However, they do not seem keen on giving up just yet.

“I believe we are doing very well and yesterday‘s performance was enough to show that we are ready to go out and give our best,” said Valentin (Taty) Castellanos.

When asked about the newfound attention the team has been getting after clinching the playoffs, Castellanos explained, “That’s very nice that the fans care about us so much and also that the city is open to watching us and rooting for us.”

The boys in blue have won just two of their last nine games, but Wednesday, anyone who is watching will definitely see a strong battle of a strong team who will fight to the best of their ability.