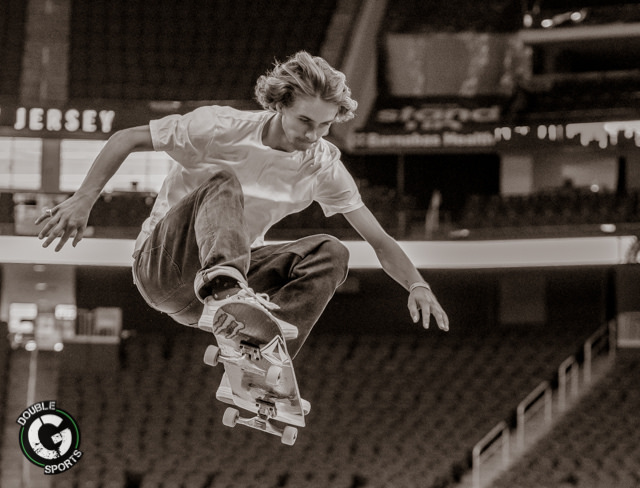 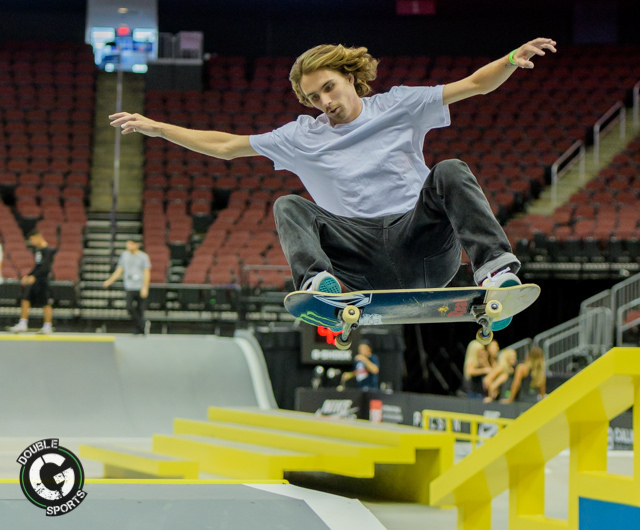 The landscape of skateboarding has been continuously evolving since the first X Games in 1995. Since that time the sport has gone through its ups and downs. From Tony Hawk hitting a 900 in 1999 to the sudden and tragic death of Z-Boy Jay Adams in 2014, the sport has always managed to move ahead in the mainstream. One such evolution was the creation of Street League Skateboarding.

Founded in 2010 by skateboard legend and mogul Rob Dyrdek, SLS is a skateboard league where skaters compete for larger prizes and is the opportunity to showcase their sport and athletes more than just once a year at the X Games. Since its inception the league has grown from just three events in its debut year to a major international event, including a stop in Munich, Germany this year. This past weekend, the SLS NIKE SB World Tour made its annual trek to Newark, NJ and the Prudential Center.

For those new to Street League Skateboarding here’s a quick breakdown. The competition begins with five preliminary heats (just four on Sunday) with between 5-6 skaters in each heat. The heats are split up into two sections, two 45-second runs and then a Best Trick section. The top eight skaters overall with the best scores move on to the final where a champion is crowned. The final eight for the Newark meet were:

The finals didn’t lack drama as SLS rookie Chris Joslin kept the pressure on the field during the Best Trick section of the finals with two 9 Club tricks (9.1 and 9.3). Even with that, SLS veteran Nyjah Huston hit a backside 270 nose blunt slide for a 9.4, the highest score of the competition, to win his first SLS event of the year. Joslin finished in second place and clinched the 8th and final spot in the 2016 SLS Nike SB Super Crown World Championship. Tommy Fynn finished third.

But the story was Huston who ended his six SLS winless streak and won the 17th SLS event in his career. He is looking for his third SB Super Crown title and his first since 2014.

“Winning today felt amazing. It’s been almost a year since I’ve had a win in Street League, so I was just super pumped going in today and was feeling really good on my board,” said Huston who took home $80,000 for the victory. “It was just one of those days when everything was working out, I’m really stoked!”

Another major story of Sunday in Newark was Evan Smith. During practice on Saturday, Smith was attempting some major tricks in preparation for Sunday and he did not disappoint during the prelims as he was the top qualifier and even scored a 9.3 during his final run of the prelims. In the final, his first run earned a 1.1 after a long delay before his run due to technical issues with scoring system. He went onto finish seventh in the final but the crowd were eagerly anticipating his runs the entire afternoon.

Jersey native Ishod Wair ended the second heat of prelims in 1st overall after a phenomenal run where he landed multiple tricks including a frontside nosegrind down the 12 stair rail. The Bordentown native finished right out of the top 8 for the finals but was responsible for the bringing the crowd to life early in the day.

The scene now shifts to Los Angeles for the Super Crown World Championships where the top eight skaters in the world will vie for the title. The Super Crown qualifiers are as follows:

The World Championships take place from the Galen Center on the campus of USC in Los Angeles on Sunday October 2nd at 10:30 PM ET and will be televised nationally on Fox Sports 1.

The major storylines for the 2016 U.S. Open
A New Era, But Top Returning Talent Ready to Lead Fordham Football
Posting....