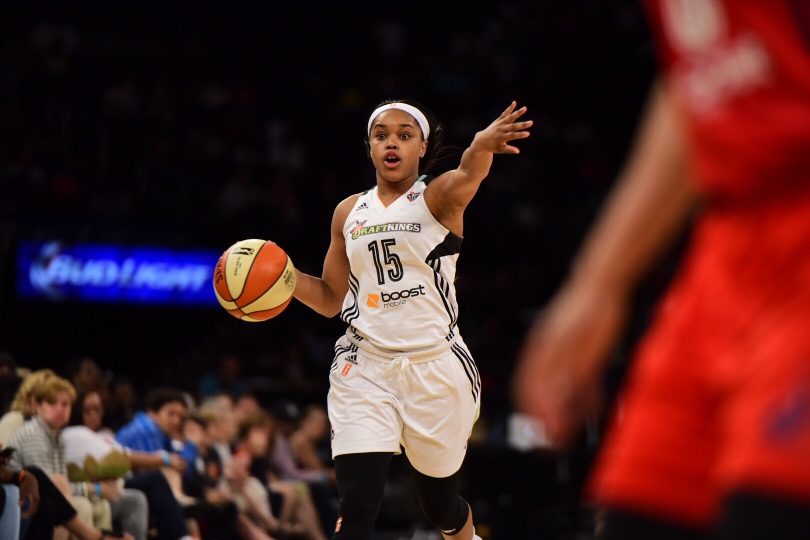 Off Night For Liberty As Chicago Reaches For The Sky

Cappie Pondexter did not play tonight for Chicago due to a concussion suffered in her previous game. But, it was the New York Liberty who suffered from a hangover as the Sky (19-12) presented a different picture from the last three games for New York, a 82-60 loss. They also cut the Liberty lead in the East to 2.5 games.

It is safe to say the playoffs unofficially have begun tonight as every team will be gunning for the Liberty from now to the postseason. New York’s (21-9) magic number remains at two for home court advantage in the Eastern Conference.

There are four games remaining and the Liberty gave no excuses. Liberty head coach, Bill Laimbeer, summarized it with one key sentence.

“Chicago played really hard. It was a good lesson for us when it comes to the energy and effort that we are going to need for the playoffs,” Laimbeer explained. “Tonight they had it and we didn’t.”

Hopefully this was that one stinker that is best to get out before the games and their value increase dramatically. Chicago had Elena Della Donne on the court this time (she missed the last game against New York due to injury) and acquired center Erika de Souza from Minnesota for Sylvia Fowles. The Liberty bigs were all too familiar with her and for one of the rare moments were outrebounded 38-36.

“They just went harder than us and they wanted it more,” Liberty center Kiah Stokes said. “Once you get down to this team 19 points, it is that much harder to come back.”

This is especially so when New York does not hit a three, only the second time this has occured since the July 22 game versus Los Angeles. But luck was not with the Liberty as hustle turned into injuries. Brittney Boyd crashed once to the floor for a loose ball and later in the quarter landed hard on her wrist in a transition drive to the basket that essentially finished their fireplug for the night.

Chicago never took the foot off the gas as Courtney Vandersloot (21 points) supported Della Donne’s 19 as she, along with Allie Quigley shot the lights out of the ball. The closest New York got was eleven in the fourth.

“The Sky had a playoff like approach in tonight’s game,” Tina Charles explained. “Mentally, our approach was different. All season long we haven’t approached games this way.” Chicago did and scored their lone win in four contests against New York this year.

New York will travel to Minnesota on Sunday, Sept. 6, in a rematch with the Western Conference leader.