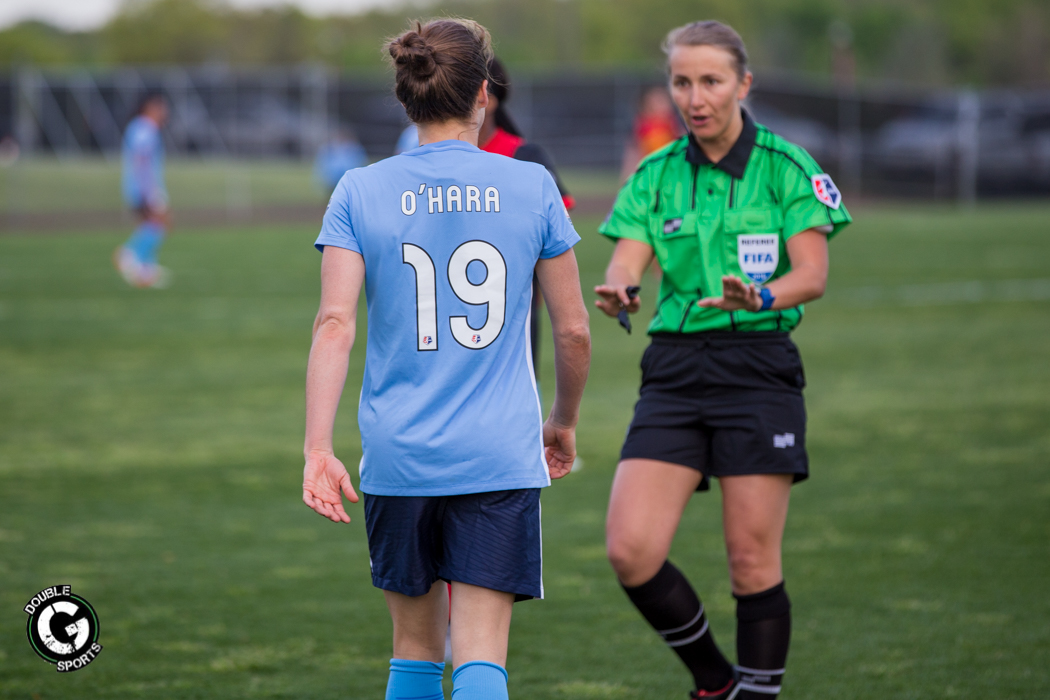 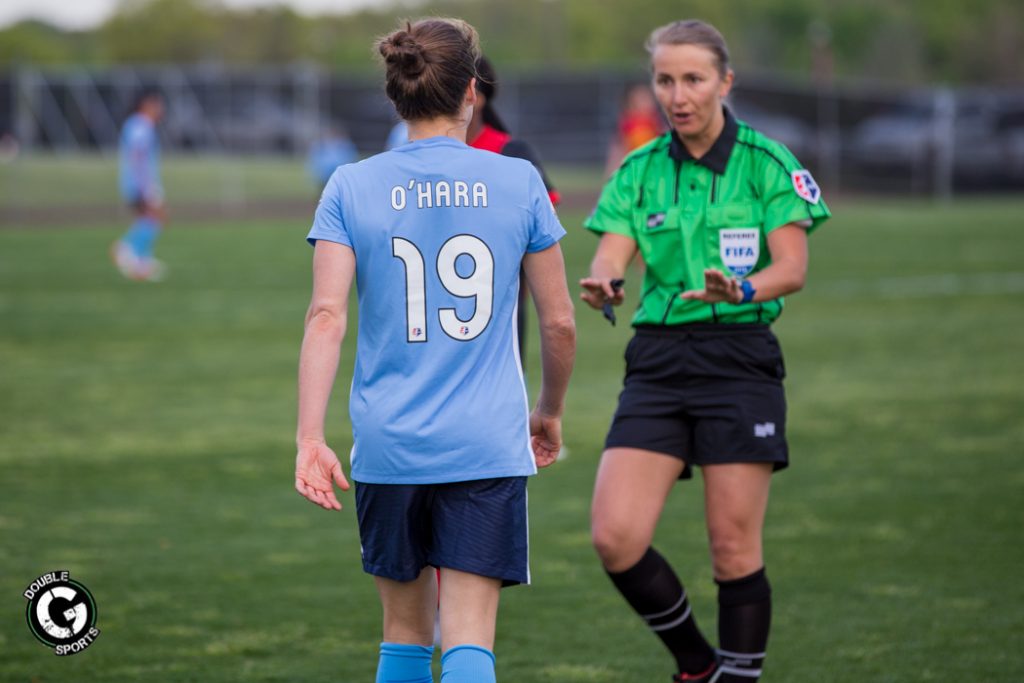 It was a rainy and gloomy week in Piscataway leading up to a match between Sky Blue FC (1-2-1) and the Western New York Flash (2-2-0).  But as game time approached, the skies had cleared and the fans started finding their seats. However, Saturday was not the night for Sky Blue FC and their fans as they fell to Western New York  by a score of 2-1.

From the start the game, it was clear this was going to be a very physical contest. Every ball was contested and contested hard. Unfortunately, the officiating seemed to be a bit one-sided in this matchup or at the very least inconsistent.

Even an obvious foul on the Flash left captain Christie Rampone wondering when the whistle would blow.  Not long after, two hard fouls by Jaelene Hinkle against Kelley O’Hara were both ignored by the official. The only warning given was to O’Hara for questioning the non-call.

However, Sky Blue FC continued on and showed they could match that physical play. They also showed their speed as Raquel Rodriguez assisted on a Maya Hayes goal at the 35th minute. But unfortunately that would be the last goal of the night for Sky Blue FC.

The phsyical play continued into the second half but it was the Flash who took advantage with two second half goals.

It’s disappointing to watch a game that is largely influenced by the officiating but all they can do now is plan and prepare for their next game at Yurcak Field on May 13 against the Boston Breakers. Regardless of the result, attending a Sky Blue FC game is always a fun event for all.