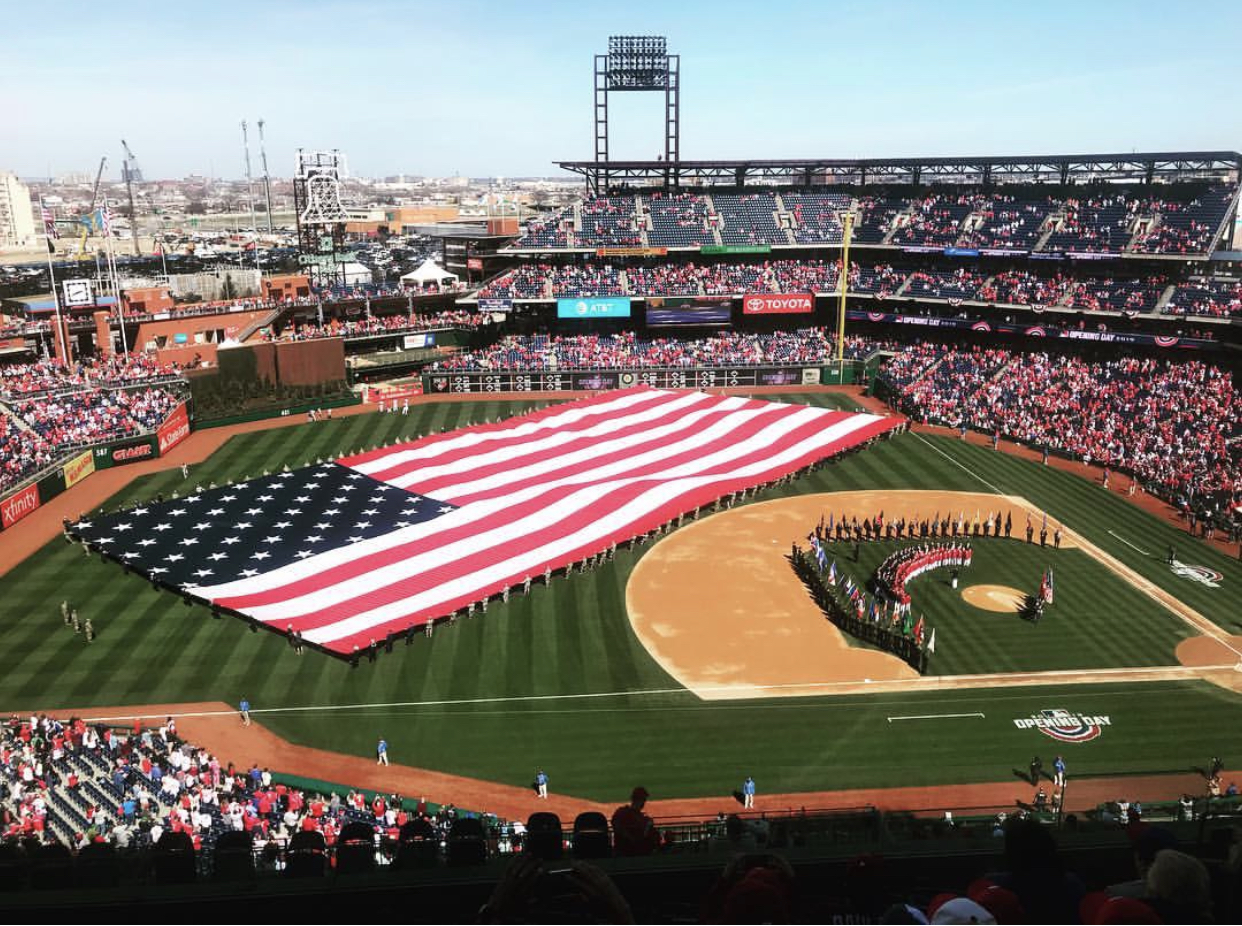 Here we are. Opening Day is finally here. It wasn’t pretty and seemed damn near impossible at times, but we will see meaningful baseball for the first time in nearly nine months.

Opening Day is my favorite day on the entire calendar year. To me, it is a national holiday, and we as a nation should be ashamed that it is not celebrated as such. Opening Day represents new beginnings and new opportunities. It’s a fresh slate for all.

Thirty ball clubs begin the year in first place and it doesn’t matter if it’s the defending World Series champions or the lovable losers from Detroit, all start the marathon from the same starting point.

One of my fondest memories of Opening Day is going down to the ballpark with my family to kick off the new season. As a kid, this memory would consist of going to school in the morning and nervously waiting all day to hear my name be called over the loudspeaker in the afternoon.

BOOM! I would grab my backpack, throw on my Phillies cap and give all the kids a look as if to say “See ya suckers.” It was time to head down to Citizens Bank Park and watch the boys from the City of Brotherly Love start their path to October.

To this day, I have not missed a Phillies home opener. It’s been twenty-one years and counting. The memories I have endured on Opening Day are endless, and writing the article has been a nostalgic rollercoaster.

If you walk Bryce, you're going to have to deal with Rhys.

Unfortunately, this streak will be snapped come Friday as the coronavirus decided to rain on my (and everyone else’s for that matter) parade. Due to COVID-19, no fans will be allowed to attend any MLB game during the duration of the 2020 season.

This year is different.

Usually, I wake up on Opening Day with an overwhelming sense of excitement. The day before Opening Day is like Christmas Eve and, for all intents and purposes, Old Saint Nick puts a full slate of day games under my tree for me to enjoy. But when I woke up this morning, that sense of anticipation and elation…was not there.

Baseball is not meant to be rushed. What makes baseball such a beautiful game is that it is one of the only sports where time stands still. There is no shot clock, no quarters, no halves. Just nine innings, 162 games and free reign.

So sure, we can call this year Opening Day, Opening Night or even the return to baseball, but until I am back in the stands, cheering for my team with 20,000 of my closest friends, baseball will never be officially back.

PS. If you think this means I will not be glued to the TV for all 6o games this season, then you are absolutely nuts. Go Phils!