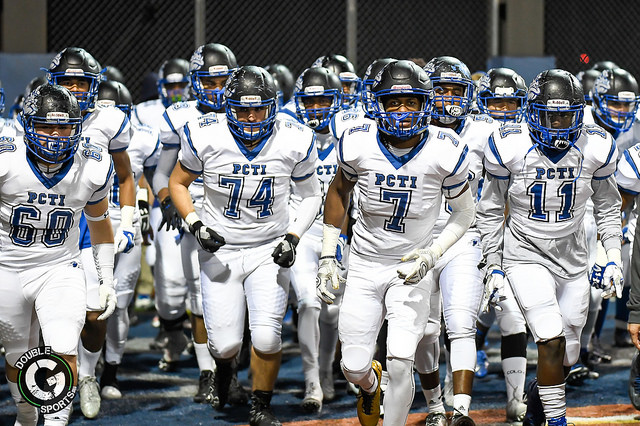 Passaic Tech’s Derrick Cauvers rushed for two second-half touchdowns, including the game-winner from 1 yard out on the final play of the game, to lift third-seeded Passaic Tech to a 16-14 victory over second-seeded Union City in the semifinals of the North Jersey, Section 1, Group 5 playoffs in Union City.

Passaic Tech advanced to the final and will face top-seeded Ridgewood, on the weekend of Dec. 2-4 at a site and time to be determined. Ridgewood and Passaic Tech met in last year’s final, with the Bulldogs prevailing, 27-0. This time around expect a more competitive game.

The Union City Soaring Eagles had an early 14-10 lead, late in the second half but couldn’t, hold on in front of the hometown fans.

Passaic’s Nick Lepold’s 35-yard field goal in the first half and Derrick Cauvers’ 55 yard TD run in the 3rd quarter were the momentum killers Union City just couldn’t get over from. Union City failed to score in the 4th quarter.

Union City’s Harrison Fernandez ran for a TD and threw an eleven yard pass to Izayah Reyes. Can’t forget how well Passaic’s defense played all game long. Union City’s running game was a non factor. They had Fernandez in check for most of the game. Union City was on a seven game winning streak and to completely shut them down, you have to acknowledge how motivated and focus Passaic Tech was and will be for Ridgewood.

PCTI will play Ridgewood for the North 1, Group 5 title on Sunday at MetLife Stadium. Kickoff is scheduled for 1pm.