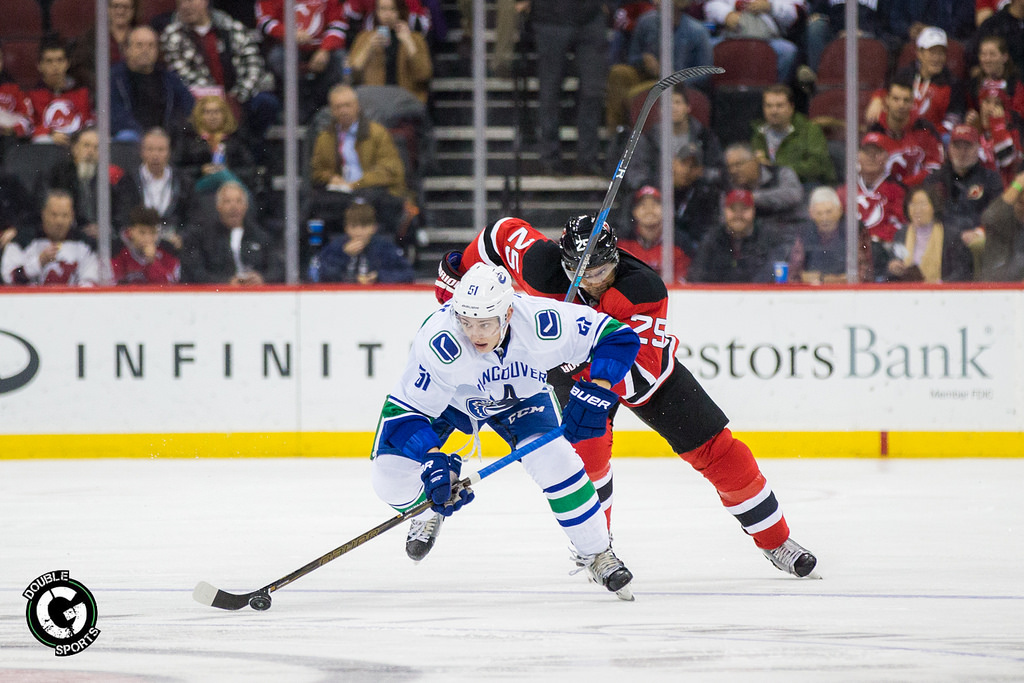 Patrik Laine on Vancouver’s decision to ban video games: “They need something to blame after last year.”

Vancouver Canucks’ Bo Horvat revealed earlier this week that the team has collectively made a decision to ban video games during road games this season. The news quickly spread throughout the NHL and Winnipeg Jets player Patrik Laine took no extra time to go after the Vancouver Canucks for both their video game ban and poor 2017-18 season.

Here is what assistant captain Bo Horvat had to say to TSN 1040 about the recent ban:

“Yeah, that’s definitely a no-go on the road. No more Fortnite. No more bringing video games on the road. It’s strictly team meals, team dinners and hanging out with the guys. So we put an end to that.”

“There’s better ways to spend time on the road, whether it’s hanging out with the guys in the room, going to a movie with the guys, doing stuff outside your room. There’s a lot of cool cities we go to visit and to be cooped up in your room all night and not doing anything, playing Fortnite is a waste of your time.”

In response to a question about the Canucks decision to ban video games on the road, Laine told reporters, “They need something to blame after last year.” The Jets forward went on to take yet another jab at the Canucks and told reporters that if the Jets began playing like the Canucks, they would adopt the same policy.

Canucks players were asked to respond to Laine’s comments after the morning skate. “We have a home opener tonight to worry about, I’m not going to sit here and talk about video games.” Horvat responded. “Whatever, I don’t care what he says,” Virtanen added.

The Jets finished last season with a 52-20-10 record. Laine had a successful season with 44 goals and 70 points.

With the 2018-19 season about to kick off, Laine has shown that he is not afraid to voice his opinion and show a little sense of humor. Winnipeg faces off the Canucks at home on October 18.