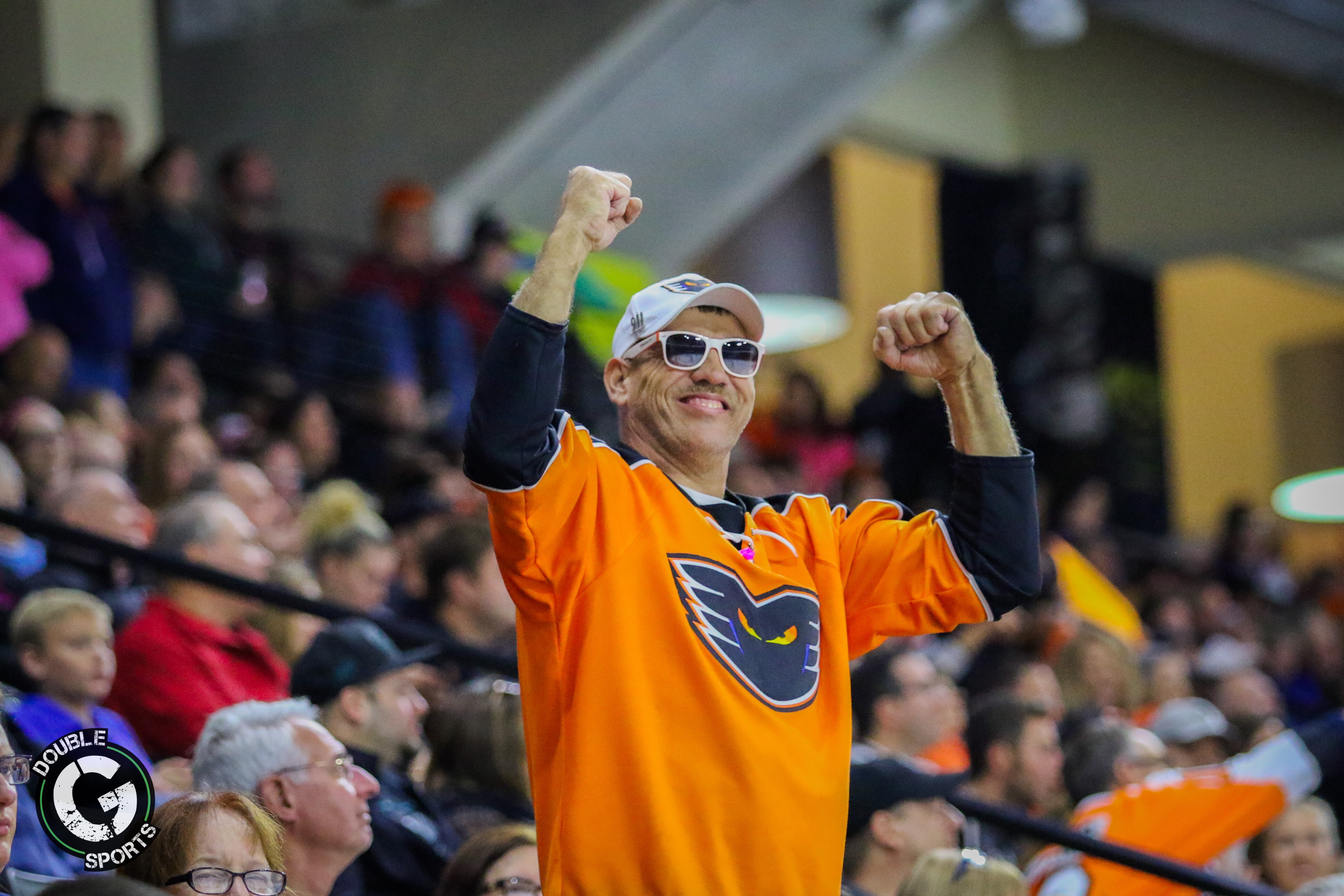 The typical reaction to a good save is to buy your goalie dinner. What do you do when your guy makes 94?

Alex Lyon made save after save for over six hours to keep his Phantoms in the game.

Both goaltenders turned in the performance of their lifetimes. The Phantoms took 52 shots to the Checkers 95.

Alex Lyon fell just four saves short of setting a new AHL record for saves. The record, a wild coincidence, remains at 98 saves by Michael Leighton, playing for the Carolina affiliate against the Phantoms.

The winning goal came from a pass from Cole Bardreau behind the goal line, a one-timer from Alex Krushelnyski that beat Nedeljkovic at 6:48 of the fifth overtime.

The Checkers netminder made 51 saves in what was ultimately a losing effort.

Lehigh Valley took a loss of their own, however: Sam Morin.

Morin, the 11th overall pick in 2013, went to make a check on the boards and immediately grabbed his right knee. He went down on his knees, hunched over, before falling to the ice, always a hand on the injured knee.

A frustrating season is likely over for Morin, a 6’7” defenseman the Flyers were likely to have on the roster for the 2018-19 season. He joins Travis Sanheim on the list of future Flyers’ defensemen injured vs Charlotte.

Despite the loss of Morin, Lehigh Valley played with just five defensemen to a 2-1 victory, giving them a 3-1 series lead with a chance to clinch this Saturday.

This took the record for the longest AHL game in history, 3:50 longer than the 2008 marathon with Leighton and his 98 saves. They played over 86 minutes of extra hockey and almost three complete games.

Credit to both teams for an absolute war fought by both sides. It’s impossible to call Nedeljkovic and the Checkers “losers” for this, but it had to be someone.

Game 5 is at 6 pm in Charlotte’s Bojangles’ Coliseum on Saturday, May 12.