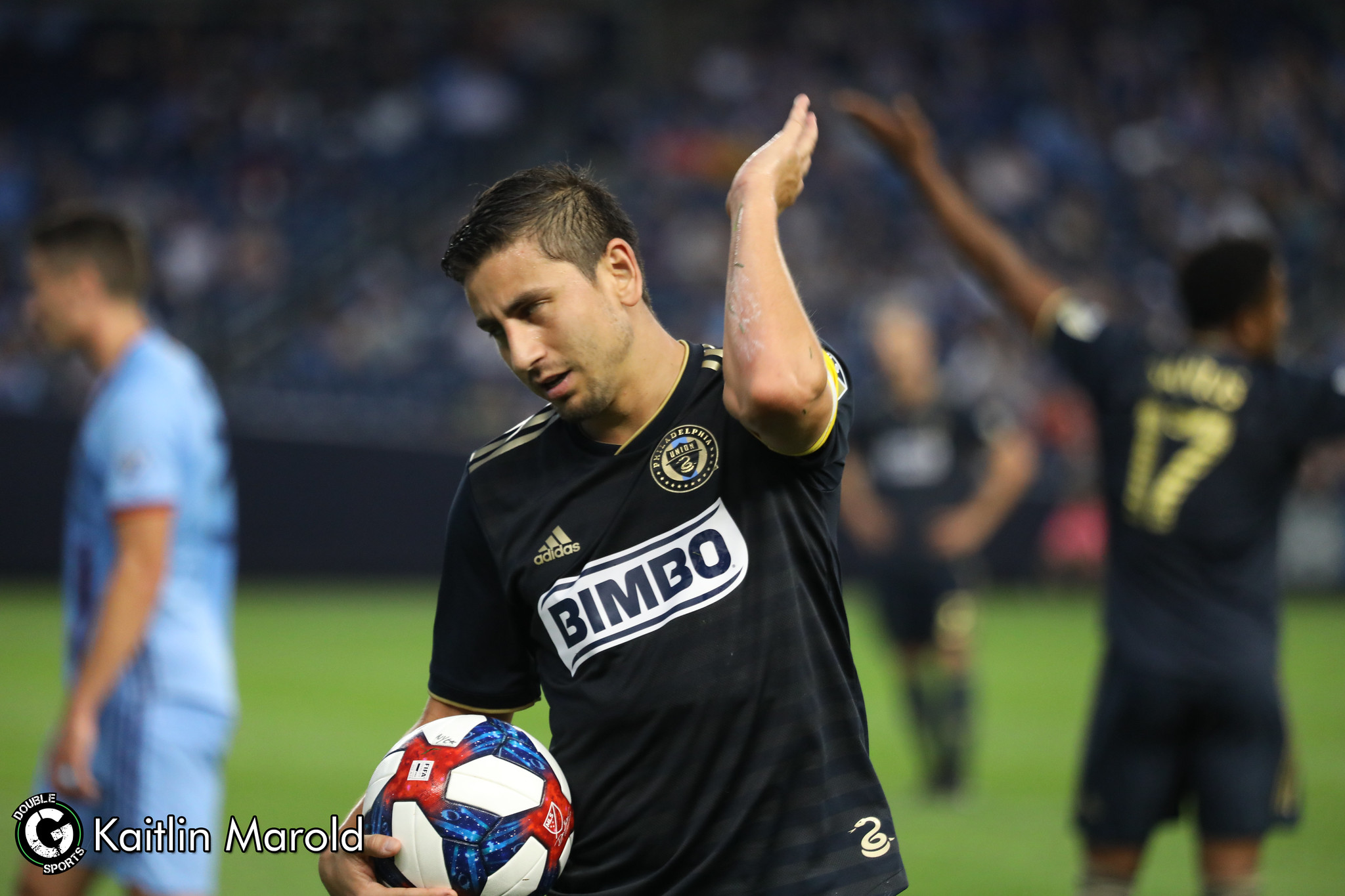 Chester PA: We are 72 hours away from the Philadelphia Union taking part in the 2019 MLS Cup Playoffs as they take on the New York Red Bulls from Talen Energy Stadium in Chester PA.

Season Series:
The Union & Red Bulls would split their regular season games. The Union would win the first game 3-2 on June 8 at Talen Energy Stadium while the Red Bulls would take the next game 2-0 on September 22 at Red Bull Arena.

Playoff Rally:
On October 11, the Union would hold a playoff pep rally to get the fans ready for the playoff game & team capitan Alejandro Bedoya would say the following:

MLS Award Finalists:
The Philadelphia Union would be finalists for three awards for the 2019 season & they are as follows:
Coach Jim Curtin for Sigi Schmid MLS Coach of the Year
Brenden Aaronson for AT&T MLS Rookie of the Year
Kacper Przybylko for MLS Comeback Player of the Year

Injury Update:
While the union get ready for the playoffs, couple of their players would be recovering from injury and on October 16, Head Coach Jim Curtin would provide and update

Union Playoff History:
On Sunday, it will mark the fifth Playoff game in Franchise History for the Philadelphia Union and they are looking for their first playoff win. Below are the previous reults

The first ever Playoff game for the Union at Talen Energy Stadium:


Le Toux would score the teams first ever playoff goal

2018: The Union battled NYCFC at Yankee Stadium in the first round and would lose 3-1.

Attending the Playoff Game:
For those attending the playoff game at Talen Energy Stadium, Its going to be a “BLUE OUT”
https://twitter.com/PhilaUnion/status/1184106657414029313

Broadcast Information:
The TV Voice of the Philadelphia Union, JP Dellacamera will be on the Call for FS1
https://twitter.com/FOXSportsPR/status/1184937276104740864

To talk about this game on Social Media, use #DOOP #MLSCupPlayoffs #PHIvRBNY