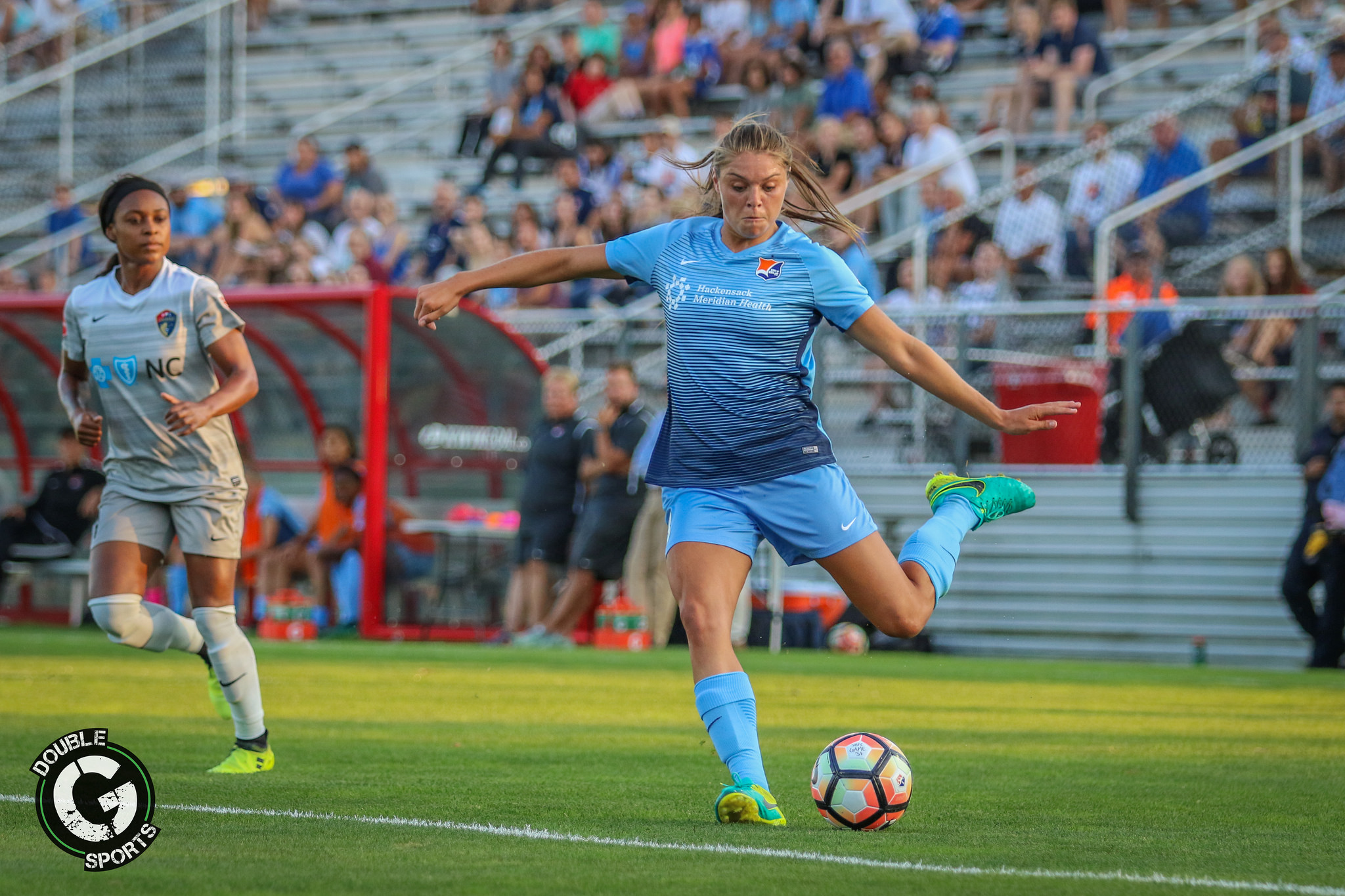 Sky Blue (0-4-1) will host No. 1 North Carolina Courage (6-0-2) this Saturday, May 19 for NWSL Week 8. Kickoff is set for 7:00pm ET at Yurcak Field in Piscataway, NJ. This marks Sky Blue’s third home game, and the second time they face the NC Courage this season. Eric LeGrand will be honored as Sky Blue FC team honorary captain with a special on-field ceremony previous to kickoff.

Make sure you are in the building this Saturday when we host the North Carolina Courage at Yurcak Field! 🏠

During their last meet, Sky Blue was able to hold the NC Courage offense and keep the entire 90 minutes of the game scoreless. Jessica McDonald’s late goal during stoppage time at the 92’ handed the 3 points to the NC Courage.

As both teams enter week 8, they find each other on different sides of the standings’ table. While NC Courage is undefeated and sits at No. 1 with eight games played and 20 pts, Sky Blue sits last at No. 9 with five games played and has only been able to grab a point. It will take focus and determination from beginning to end for the NJ team, to try to break the NC Courage defense.

Sky Blue’s Carli Lloyd, Savannah McCaskill, Janine Beckie, Shea Groom and Raquel Rodriguez continue to be essential on the attack. Rebekah Stott has been solid on the defense end.

On the other side, although Jaelene Hinkle is a defender, she has been a key player on assists and moving the ball forward for North Carolina. Samantha Mewis and McCall Zerboni are dangerous in the midfield. McDonald and Crystal Dunn will try to break Sky Blue’s defense.

This is a key match for Sky Blue FC. We have seen the team with much better performances during the second half in their last five games. As already mentioned, they need to come out strong from the beginning.

If you are unable to attend the game in Piscataway, NJ, you can watch it live on go90.

Updated: 5/18 after the NWSL injury report was announced.