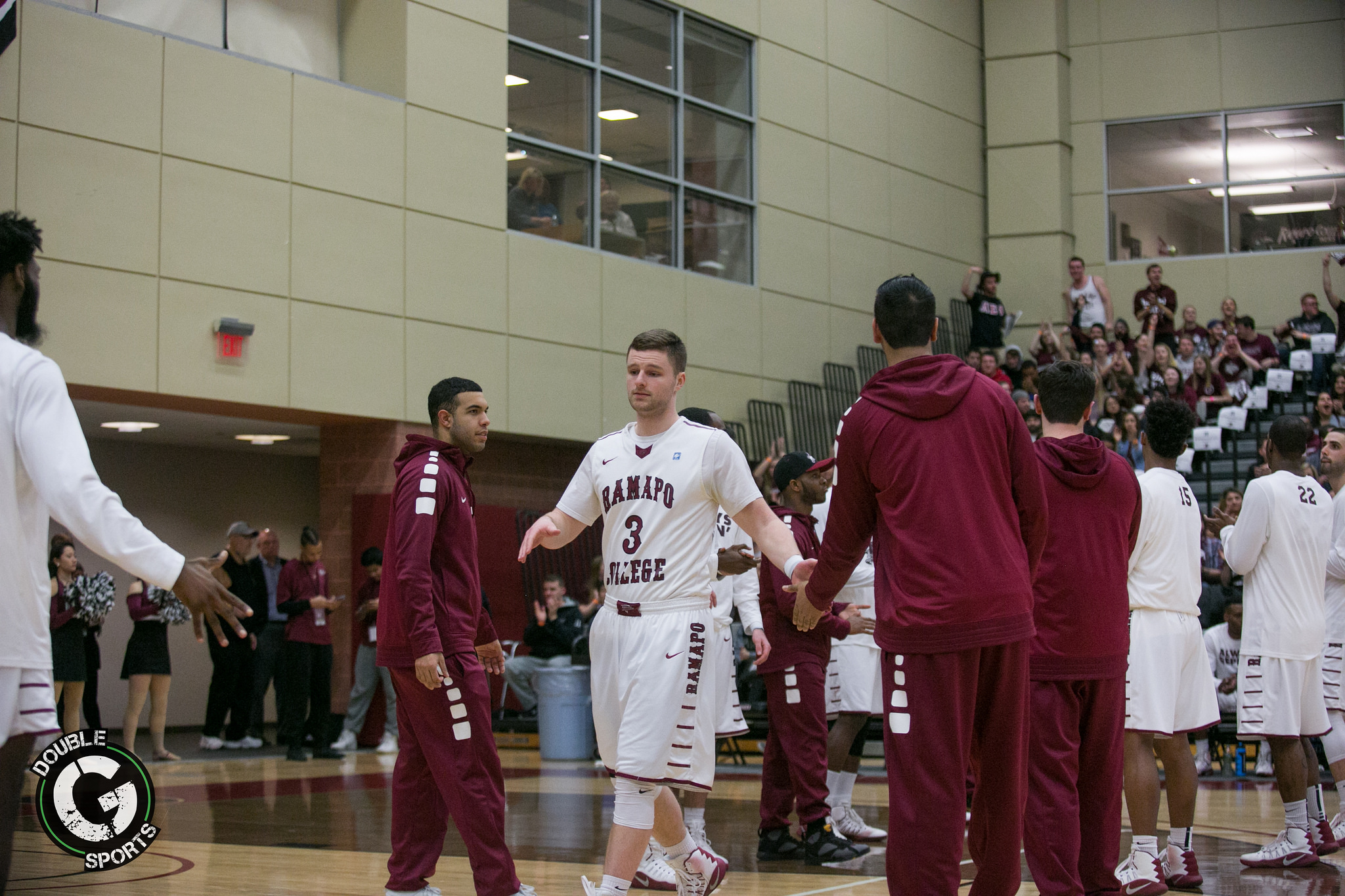 Ramapo College back on track after dropping season opener

After dropping the season opener to Randolph-Macon College in the Pablo Alto Tip-Tournament, the Ramapo College Roadrunners (3-1) have won three in a row. Even with a five-day Thanksgiving break, the Roadrunners clicked on all cylinders at Medgar Evers College on Monday night jumping out to a 35-19 halftime advantage and never looked back on their way to an 82-58 victory and third win in a row.

Held to nine points in a win over William Paterson last week, senior forward Thomas Bonacum poured in game-high 18 points along with seven assists, five rebounds, and three steals. Having scored his 1000th career point, Christopher Moseley produced a double-double, tallying 14 points and 11 rebounds while Nick Stanek added 14 points. 56 of Ramapo’s 82 points came in the paint area while shooting over 50 percent from the field.

“We played pretty well in spurts, looking to develop more consistency, something we have struggled in the earlier part of the season but did some good things at a lot of different times,” said Head Coach Chuck McBreen. “To come off the Thanksgiving break and perform the way we did and get out of there with a 20 point plus win was good for us.”

“Chris (Moseley) had a good game and got the monkey off his back with the 1000th point and not having to worry about it and got back to playing basketball,” continued McBreen. “Nick (Stanek) got it started early for us and Tommy (Bonacum) picked it up in the second half and capable of playing an all-around good game with assists, rebounds and steals. It’s important getting easy buckets and dominate the points in the paint area and key stat for us.”

The Roadrunners return to the Bradley Center tonight at 7:30 where they will face off against Montclair State University in an NJAC (New Jersey Athletic Conference) game. Last season Ramapo swept the Red Hawks in the regular season series. Montclair State’s record currently stands at 4-1 and feature a potent offense that is averaging 81 points per game, averaging 50 rebounds, shooting 45 percent from the field and almost 39 percent from three-point range.

Senior forward Jarrett Bogus leads the Red Hawks in scoring with 12.2 per game while freshman guard Myles Mitchell-White is at 11.4 and junior Jordan Roberson leads the team in rebounds with 9.8 per game and pouring in 10.5 points a contest.

“They present a lot of challenges for us and see if we are up to the challenge,” Breen said. “One of the things they do very well is pound the backboards and a couple of guys in Bogus and Roberson who really get on the offensive glass. They’re a good program, made the playoffs last year and we have our work cut out for us if we’re going to play our most complete game of the season and to have success.”

“A tough stretch for us, two games at home against Montclair and Rutgers-Newark and two on the road at Stockton and Kean and huge stretch before the Christmas break,” the coach continued. “After that, two touch opponents before we go on the Vegas trip and play one of the top teams’ in the country. Our schedule is not easy when you’re trying to be good as we want to be and make another run and hopefully helps us out in the long run.”