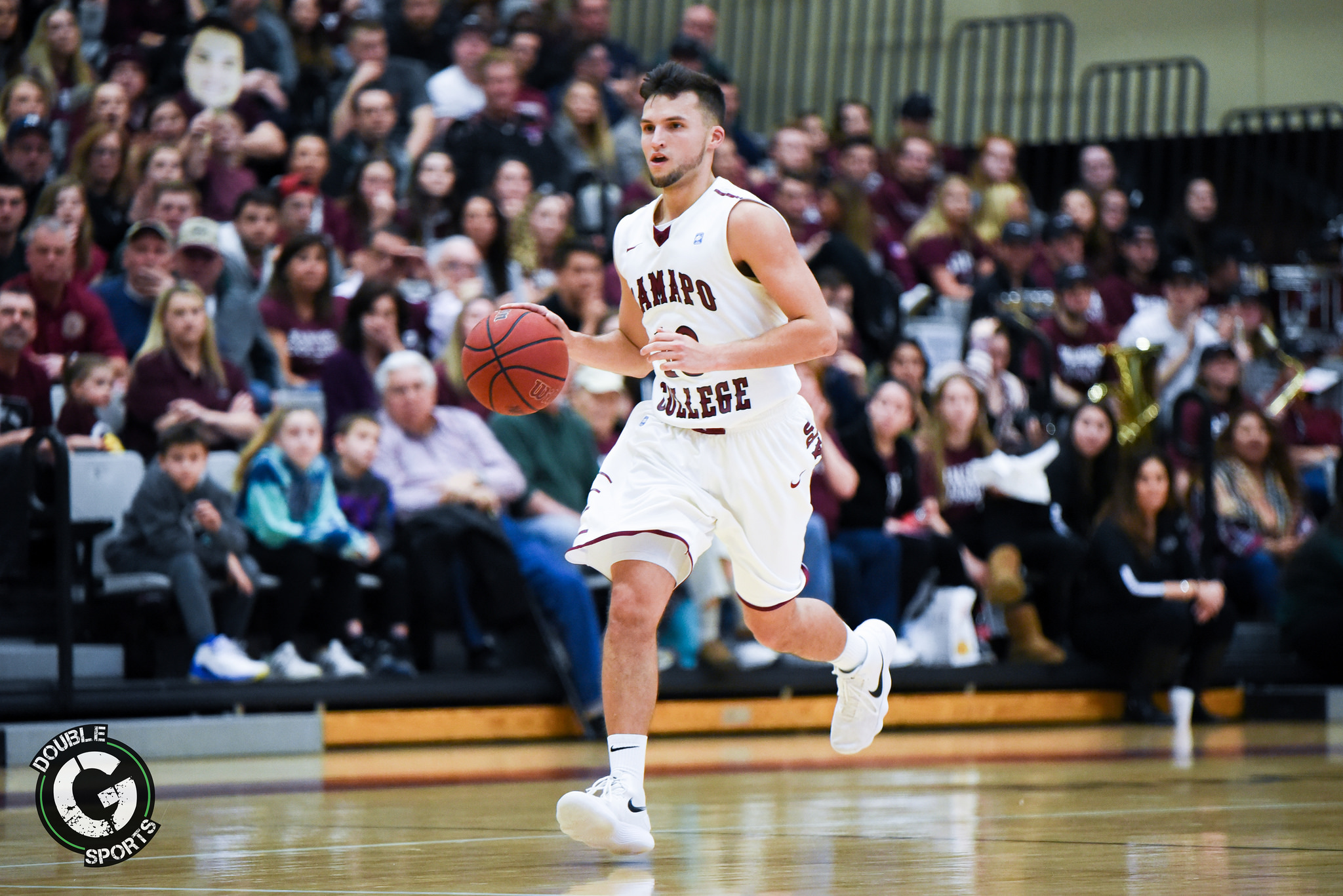 Ramapo College Head Coach Chuck McBreen admitted he was a little disappointed when the bracket for the 2018 NCCA Tournament was announced earlier in the week. McBreen felt there we’re one or two teams that got to host and felt his team had a better resume than and from that standpoint Ramapo College was deserving of a being a host.

“Still a great opportunity for us and puts us in the pod with the number one seed in the tournament in Williams College. To be the best you have to beat the best and never have shy away from a challenge my entire life so I’m embracing that challenge and getting my players to do as well because we are going to try to prove to everybody that we belong here.”

“Not overlooking Moravian and looking forward to going up there and hopefully our seniors put their best foot forward. They trap all game and run 12 players in and out. If our guys listen to the game plan and execute the way they are capable of we will be playing on Saturday but it’s one game at a time.”

Early on the Roadrunners ran into foul trouble with senior players Thomas Bonacum, Nick Stanek and Christopher Moseley saddled with two fouls apiece. However, sophomore guard Patrick Peterson, junior center Rob Lewis and sophomore guard Rob McWilliams provided a huge burst of energy off the bench turning a 20-16 lead into a 31-16 advantage with less than six minutes remaining. Peterson, Lewis and Williams combined to score 21 points as Ramapo went into the locker room with a 45-28 margin. The Roadrunners ended up shooting 53 percent from the field while draining 12 of 18 free throws.

“The bench played great, we had three starters with two fouls with 11 minutes to go in the half and able to go to the bench, said McBreen. We did a great job of preparation for the press and led to a whole bunch of lay-ups and why we scored a lot so we did a real good with the pressure. We told our guys if we could keep the ball off the floor as much as possible and pass the ball and able to do that.”

In the second half, Ramapo did not step off the gas pedal quickly boosting the lead to 52-32 three minutes in. Frustrations boiled over for Moravian as leading scorer Oneil Holder picked up his fourth foul and technical on the same play leading to Bonacum and Moseley canning five out of six free throws. Averaging 17.4 points per game, the Roadrunners defense held Holder to five points.

Held to three points in the first half, Bonacum came out strong in the second scoring 12 points. With Moravian continuing to chalk up three pointers, 22 of them and 44 overall for the contest and employing a stifling full court press, Ramapo managed to break it and get out for transition and fast break points as the margin grew to as many as 29 points.

Peterson led a group of five players in double figures with 16 points and grabbing 12 rebounds while Bonacum finished with 15, Lewis delivered 12 and Moseley and McWiliams each had 10 apiece. The Roadrunners dominated the points in the paint 50-6, rebounds 54-33 with 45 on the defensive end and shot 29 of 41 from the free throw line.

Ramapo (22-6) faces a daunting task in the second round on Saturday at 7:00 p.m. taking on the host team and overall number one seed in the tournament in Williams College. The Ephs are 23-5, 12-2 at Chandler Gym and average 76.6 points per game. Williams College are led by James Heskett at 19.3 points per game, Kyle Scadlock 18, and Bobby Casey at 15.3.

“A very difficult match-up for us, they have seven or eight guys who are 6’7 or 6’8 and on their home court and fans,” McBreen said. “They had only two fouls in the whole first half tonight which is a joke. The deck is really stacked against us and see if we can rebound and get out on them and we have our work cut out for us.”