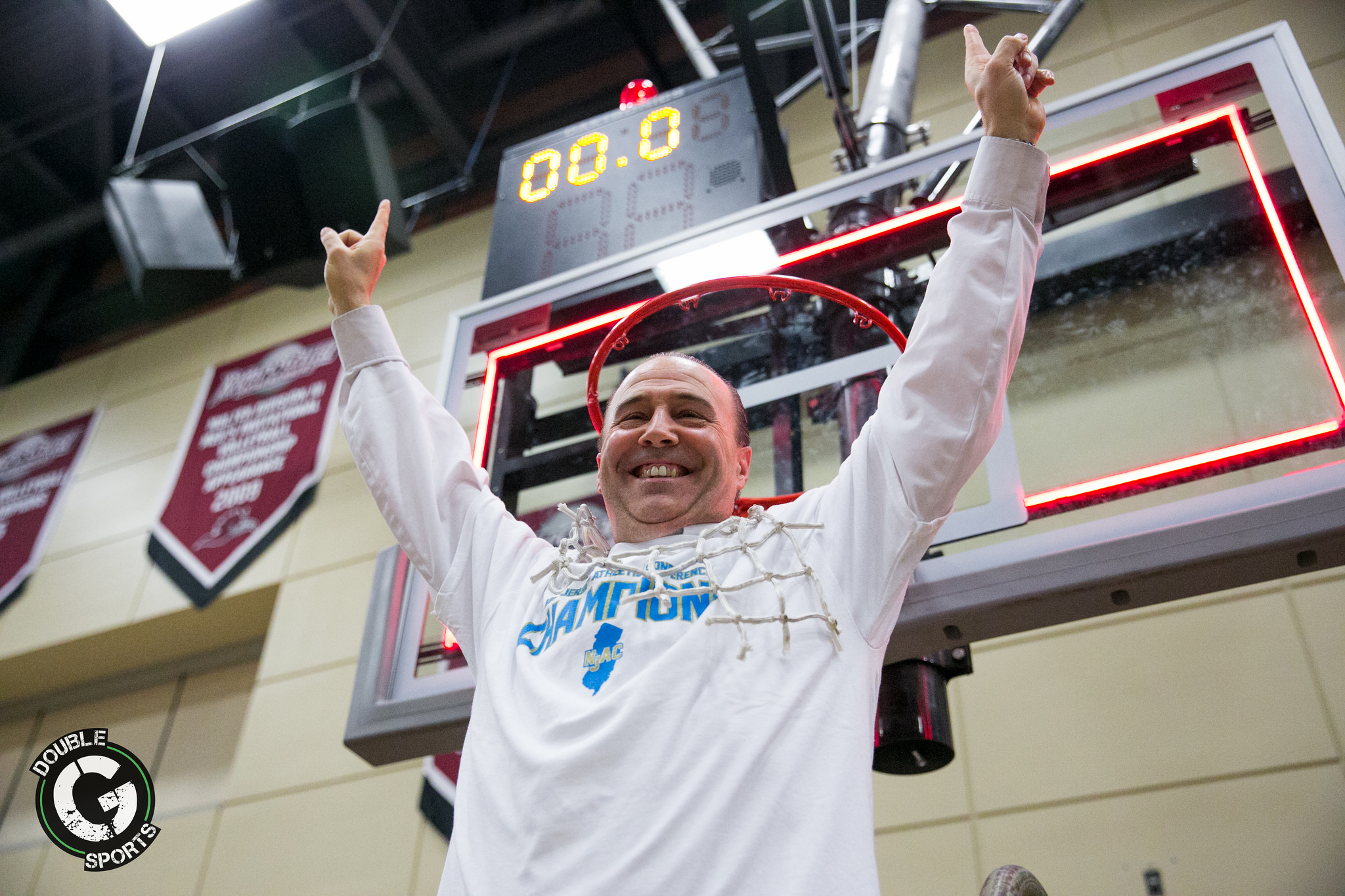 Several months have passed since the Ramapo College Roadrunners lost to Wisconsin-Oshkosh in the NCAA Division III Tournament. Despite the loss, the Roadrunners, led by a starting five of Thomas Bonacum, Christopher Mosley, Nick Stanek, Jimbo Long and Josh Ford along with head coach Chuck McBreen had a lot to be a proud of in reaching the Final Four for the first time since 1991 and advancing to the Sweet 16 for the first time since the 2004-05 season. They completed back-to-back NJAC (New Jersey Athletic Conference) Conference Tournament Championship titles, and went undefeated at the Bradley Center, posting a 14-0 record.

“We had quite a run the past two years and making it to the Final Four,” said McBreen. “A great accomplishment against Montclair (NJAC Conference Tournament Semifinal) down 19 with 15 minutes left and on the bubble if we lost and we come back and win the game. We go on to win against William Paterso, crush Moravina and get some momentum playing the No. 1 seed and Tommy (Bonacum) has one of his career games and we got a really good break when Christopher Newport and John Hopkins got eliminated in the first round that allowed us to the host.”

“I don’t know if we could have beaten MIT somewhere else. 27-1 the last two years at the Bradley Center and in front of our home crowd the difference in us getting to the Final Four and a lot of things had to fall our way and did.”

Despite all the achievements, McBreen was not satisfied with the way the season ended, especially the Final Four Semifinal loss.

“Wisconsin-Oshkosh was better than us and not taking away from them,” he said. “Not making excuses but started with a long bus ride that took 8 ½ to 9 hours to get there and teams flew. NCAA rules say fewer 500 miles you have to take bus. Teams flew later in the day and our first practice was on Thursday morning and I felt that was very unfair. The guys never responded to me in a huddle or timeout and had a blank stare.”

“We had meetings at the NCAA headquarters back in June and I’m on the national committee where I voice my displeasure when they asked about the experience and told them they had it wrong.”

In spite of the bitter taste left, McBreen had the utmost praise of the senior starting five and what they meant to the basketball program and school the past four years.

“They had such great character and great citizens in the Ramapo community and did a lot of community service on campus they were responsible for and whether it was going to an elderly home or going down to the pediatric cancer ward at Hackensack Hospital.”

“They just got it, a group of leaders and very good standards in school. Tommy and Jimbo on the Dean’s List, they had good chemistry, tight knit and fun to be around. I’m not always a believer and have to show me but those guys always believed.”

“Tommy is now working for the Dallas Mavericks and sent me a text saying “Believe”. Out of 1000 applicants for a player development intern, the Mavericks took only 10 and Tommy was one of them. Speaks high volumes and here is a kid who left his family and girlfriend to pursue his career and out in Dallas by himself.”

Now McBreen has the difficult task of replacing a senior led starting five that contributed almost 50 points per game.

“I tried replacing it with all transfers and it blew up on me,” McBreen said. “We won it in 2013 and in 2014 brought it in seven transfers and worst season ever. Next year we brought back only four including Tommy and rest of the bunch. We played four freshman the first year and won 13, next 17, 26 and 25 that is a process.”

“We lost five starters and the name on that shirt says Ramapo and people are gunning for us and mot sneaking up on anybody that makes our job and schedule difficult and a lot of work to do.”

McBreen is counting on a couple of returning players in Rob Lewis, Rob McWilliams and Matt Latka along with a highly touted freshman in Jason Battle from Roselle Catholic that was the number one team in the state and eight in the country last season. However, the Roadrunners lost a vital piece and core of the squad in Patrick Peterson(9.5 points per game) who decided to leave school despite two years of eligibility left.

“We counted on Pat for leadership and basketball IQ. He (Jason Battle) is going to be able to do some things for us,  our bright spot and start at point guard,” said McBreen. Jordan Zagadou has to step and show potential. Matt Latka never felt comfortable last year and took a backseat not wanting to step on the seniors toes but he was a 1,000 point player in high school, can shoot the basketball and just needs the opportunity.”

“Nothing has changed with our philosophy where we want to go about winning basketball games and started day one with defense and rebounding. I told the team that gets the easiest baskets wins and there are a variety of ways to score whether off defensive transition pressure and out of bounds plays. Last year we scored in the 70’s but had our best team defensively. We were top five or ten in the country in defense and led NJAC in field goal percentage and second in rebounding.”

Entering his 21s tseason as the head coach of the Roadrunners, McBreen found out last month he will be inducted into the Ramapo College Hall of Fame in 2019.

“Something you never set out to do when you are coaching kids and you want to win games but more importantly prepare kids for life after basketball and make sure they successful in the real world and teaching kids life skills and giving back.”

“The reason why we do community service and see the other side as not being a taker but more of a giver and what people taught me in life and instill in my guys. You get that feeling across your body and having the excitement, desire and drive to be successful. What motivates me is the fear of failure and I never wanted to fail in life and that’s where my work ethic is.”

Ranked third in the NJAC Pre-Season poll, the new look Roadrunners open up the 2018-19 regular season on Friday night at the Bradley Center against Western Connecticut with tip-off set at 7:30 p.m. followed by a November 14match-up versus Yeshiva University at 8:00 p.m. before the team hits a road for the Rick Martin-Holiday Inn Express Tournament in Westfield, Massachusetts next weekend.