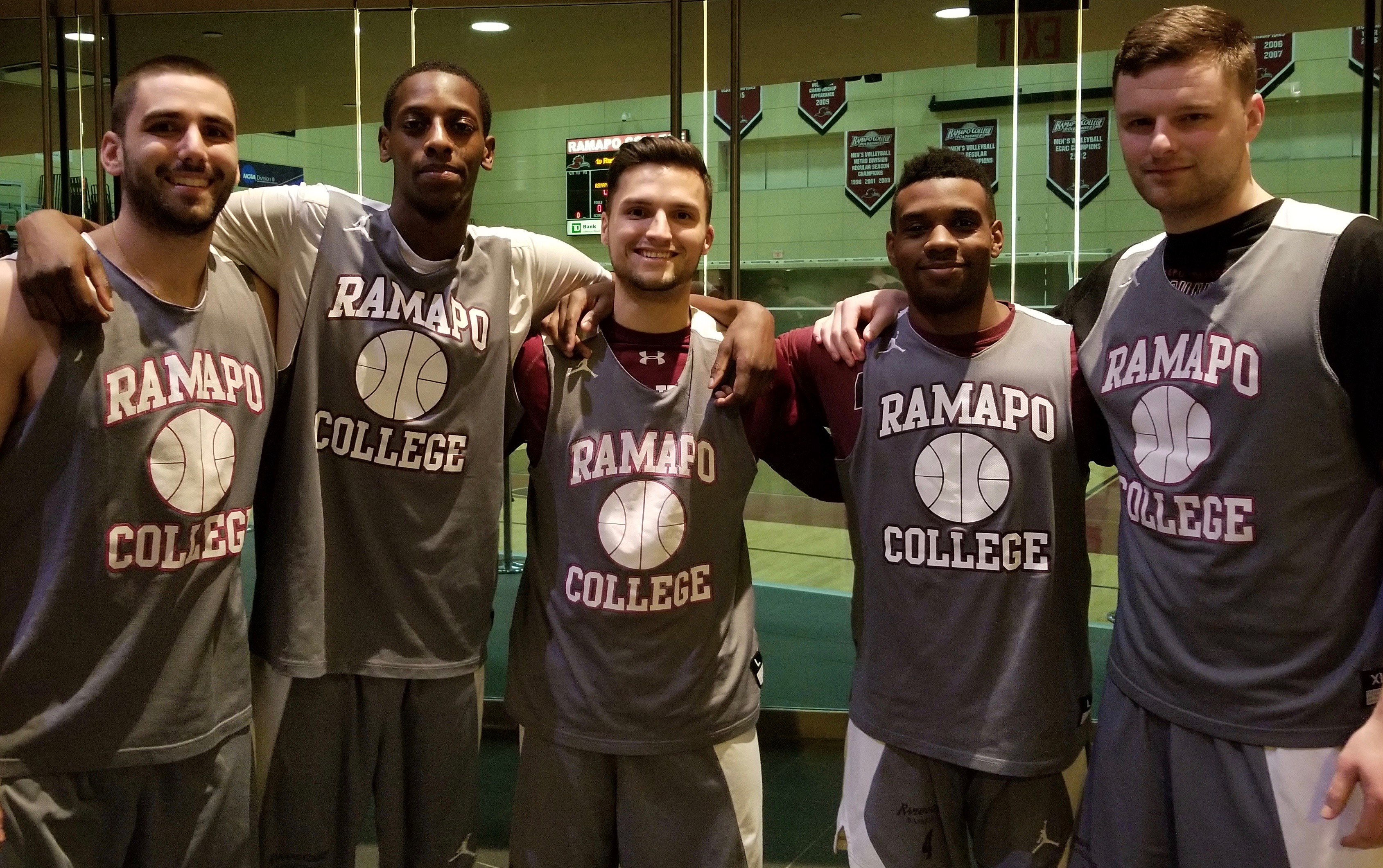 Last season the Roadrunners broke a school record winning their first 14 regular season games and most wins in a season with 26 and won the NJAC Conference Tournament in dramatic fashion over New Jersey City University on Thomas Bonacum’s half-court buzzer beater shot.

Double G Sports: You are 48 hours away from playing your last regular season game ever at the Bradley Center, What are you guys experiencing at this moment?

Jimbo Long: It’s crazy and feels like we were playing our first game yesterday as freshman and four years just flew by. A bittersweet feeling, we’re excited for it but sad it’s over and last regular season game. We took our bumps on the road the first two years. Freshman year we didn’t know how to win yet, learning in our sophomore year and last year took off. A lot of credit to hard work year round and finally paid off.

Christopher Moseley: A special feeling, we played a lot as freshman and all the way up to senior year and go out as a starting five. In the first two years we were in a lot of close games and never got blown out.

Nick Stanek: I feel like I have known them since I was born closer with them than people back at home. It just came down to playing with each other and when we first came in we didn’t what to do as a collective unit and now we know what to do on the court.

Josh Ford: It’s bittersweet and remember playing my first away game at Wesleyan and now coming down to senior night a strange feeling but so happy I met these guys. Chemistry was big for us when we first came together and we didn’t know each other’s playing style. We continued to work hard day in and out and listened to what Coach (McBreen) said.

Thomas Bonacum: A good experience, last game here together, bittersweet but looking forward to it. Started out as freshman, young as teams’ beat up on us a good learning experience and just stuck together and turned around the program a little bit.

Double G Sports: What were you first impressions of Ramapo College?

Josh Ford: I first met Jimbo and knew he was playing point guard and just wanted to compete with him and coming in as a transfer. I met Tom (Bonacum) through Coach (McBreen) and Stanek and Chris as well.

Nick Stanek: Coach (McBreen) had me come up in the summer time and facilities were awesome as well.

Christopher Moseley: I was recruited since I was a junior in high school and Ramapo was really looking at me. I loved the school and much better than DII schools I had visited.

Jimbo Long: I was at a DII school freshman year and had been playing with Tom (Bonacum) since sophomore year of high school. He hit me randomly one day and said I was thinking of transferring and he told me to come check it out and fell in love with the place.

Thomas Bonacum: The first year I was here I had to redshirt and these four came in and took them under my wing.

Double G Sports: Can you talk about playing for Head Coach Chuck McBreen?

Josh Ford: A great guy and always had my best interests on the court. He is a competitor and wants to win. Sometimes his emotions come off as being upset at the time but just trying to win a basketball game. He is willing to do whatever it takes. When you are young you may not understand that and I didn’t until I won a championship with these guys. All the long days and nights, workouts and pushing. I never won a championship in my life until I got here. He has done a lot for me on and off the court. He knows what schemes it takes to win and philosophy to put in a team and tell us what to do and believe in.

Nick Stanek: When he was recruiting me, he told me when I come here you have to earn your playing time and nothing is going to be handed to you and no nothing has been handed to me in life. My parents’ made me work for everything so I like someone who pushes you to work harder. If I ever had an issue I could talk to him. He knows how to make that family connection and joking around in the locker room.

Christopher Moseley: He is so honest and said no playing time is promised. A great coach, some people get frustrated but he wants the best for all of us and win a basketball game.

Thomas Bonacum: On the court Coach (McBreen) is hard on us but off the court he loves everybody and willing to do anything for us. A great coach, recruiter and gets people to come in and play. His system works and shows on the wall here (Bradley Center).

Double G Sports: Can you describe the support you have received from the school and community?

Jimbo Long: Our families always come out to every game and having fans come out especially during the playoffs and having that crowd go crazy when you make a shot. They are our 6th man.

Nick Stanek: We appreciate everything the school has done for us, last year when we were making a run they had a lot of events for us.

Josh Ford: Having that crowd bring that extra juice to the arena and extra push whether you are up or down by a couple of points or make a run has an extra effect. We appreciate the parents’, grandparents’, kids and student body.

Thomas Bonacum: Seeing little kids from the community excited to come to watch Ramapo and students coming here and make it look like college. Last year’s excitement carried into this year. The best feeling after the shot went in, everyone on the court and giving all the guys hugs and knowing we accomplished it together and feeling I will never forget.