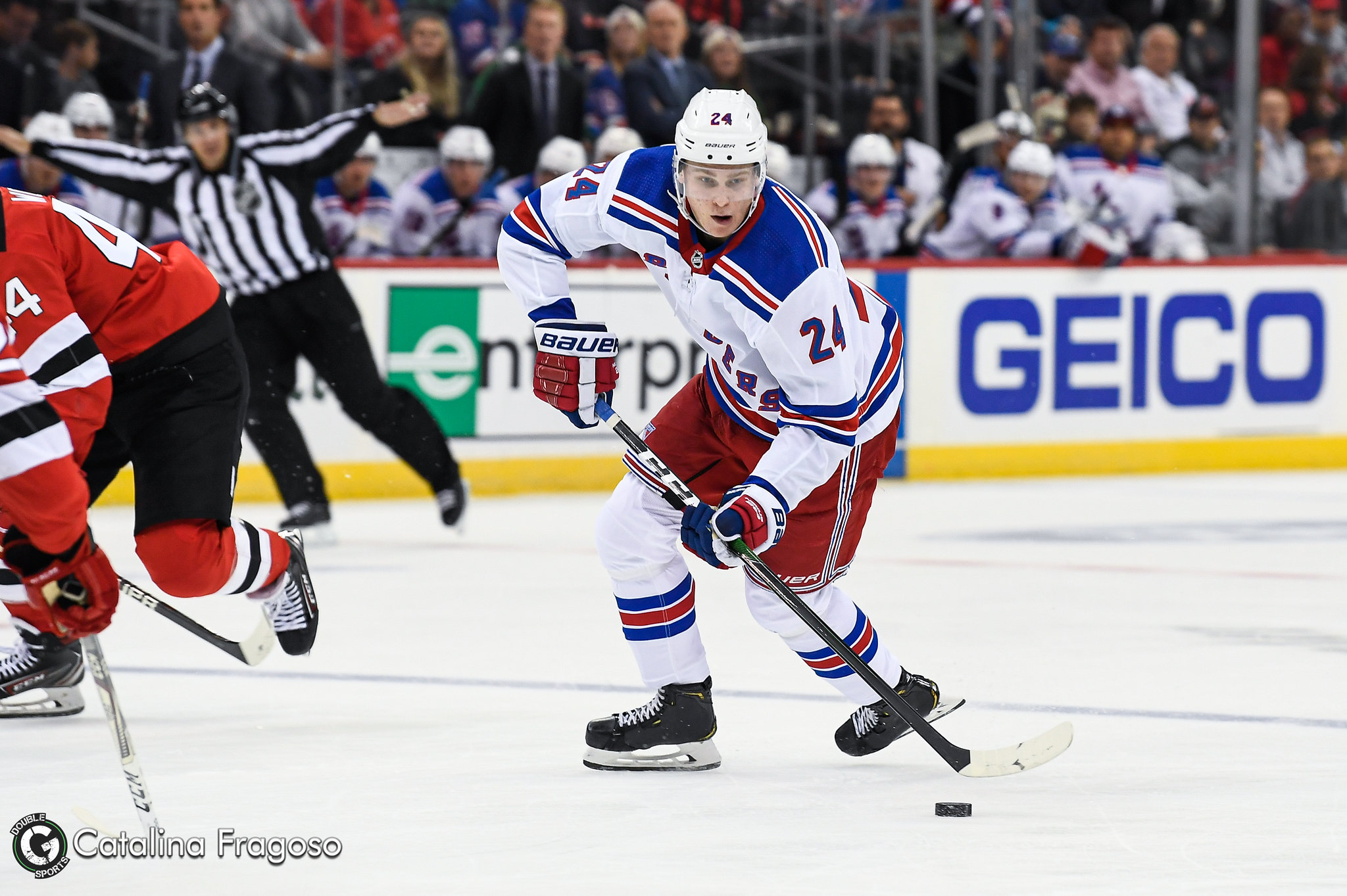 Rangers Beat Bolts 4-1, Chytil Gets Game-Winner in First Game Back

In the first period, the Rangers’ Michael Haley fought the Lightning’s Patrick Maroon. Even though Haley is five-foot, eleven-inches, much smaller than the six-foot, five-inch Maroon, Haley finished the fight by landing a right hook to Maroon’s head, which dropped Maroon to the ground. Maroon left the game after the first period finished. The fight was a momentum boost for the Rangers.

With about four minutes left in the period, the Lightning struck first. After all five Rangers skaters left the ice for a line change; Tampa Bay’s Braden Point took advantage of the Ranger line change, rushing the puck into the Ranger zone. Point went in on a two-on-one with forward Nikita Kucherov. Point drew Brady Skjei away from Kucherov, before he passed the puck to last year’s Hart Trophy-winner, who scored his fourth goal of the season.

When the second period began, it was reported by NBCSN that Tampa Bay’s Victor Hedman and Pat Maroon would not return to the game due to separate injuries.

Seven minutes into the second period, the Lightning’s Mathieu Joseph took an interference penalty, which gave the Rangers their third power play. On the ensuing man-advantage, second-overall-pick Kaapo Kakko controlled the puck on the right hash mark and took a wrist shot that was saved by Tampa Bay goaltender Andrei Vasilevskiy. However, the puck bounced off Vasilevskiy’s left-pad onto d-man Braydon Coburn’s skat and into the net. Kakko’s power play goal was his second of the season that knotted the game at one.

The Rangers Head Coach David Quinn made several changes to the line-up before tonight’s game. Quinn replaced Marc Staal with Ryan Lindgren and Gregg McKegg with Filip Chytil. Chytil ended up scoring the winning goal and Lindgren was a plus-one Kakko had played the last two games on the first line as a right wing. However, Tuesday night the rookie skated on the Rangers’ third-line, but remained on the first power play unit.

With 12 minutes gone by in the third period, Pavel Buchnevich took the puck from a Lightning forward in his defensive zone and carried the puck into the neutral zone with speed. Buchnevich then skated across the Lightning blue-line and saw Chytil skate towards the net. The 24-year old then made a saucer pass to Chytil, who deflected the puck past Vasilevsky to score his first goal in his first game back in the NHL. Chytil’s goal put the Rangers ahead 2-1 with seven minutes left in the game.

With 2:37 remaining in the third period, Chris Kreider and Adam Fox skated in on a two-on-one. Kreider’s shot was saved by Vasilevsky, but Adam Fox scored the rebound. It was Fox’s first NHL goal. The goal cemented the game for the Rangers.

Ryan Strome scored an empty-net goal in the final minute and made the final score 4-1.

“His battle level was so much higher, there wasn’t any cheating in his game, if any at all,” Quinn said of Chytil’s return. “We all recognize his puck skills and stick skills, but that line was good tonight and he certainly stepped in and I think probably had his best NHL game.”

The Rangers head coach also complimented Ryan Lindgren, “One of the thing’s we love about him is, when he’s out there, you know he’s out there and when the puck’s in the corner, [opposing players] are going to have to battle, because he goes in there with a purpose and he plays angry. I think his puck skills have gotten better, I think his hockey sense has gotten better, he’s playing smarter and within himself.”

On Adam Fox and how he has played in his rookie season, Quinn said: “His poise continues to impress me, night-in and night-out. For a guy to come out and play with his poise and his deception is remarkable,” Quinn added, “I think I was stunned when I looked at his stats and saw that he only had one assist. I thought the way he’d been playing, he’d have more points, but he got a key one tonight.”

When asked if the team responded well to his remarks after Sunday night’s loss, Quinn said, “Yes I do. [There is] no question that we were more engaged, we embraced the battle instead of avoiding it and once that happens you start rolling and you have a chance,” Quinn said. “I think we did it for sixty minutes.”

The Rangers got two wins in five games on this home stand. The Rangers next game will be in Nashville this Saturday at 2:00 PM. The Predators have won five of their last seven contests.

Isles keep it rolling with seventh straight victory over Flyers
Scary and Spooky Hockey: The Devils on the Night Before Halloween
Posting....